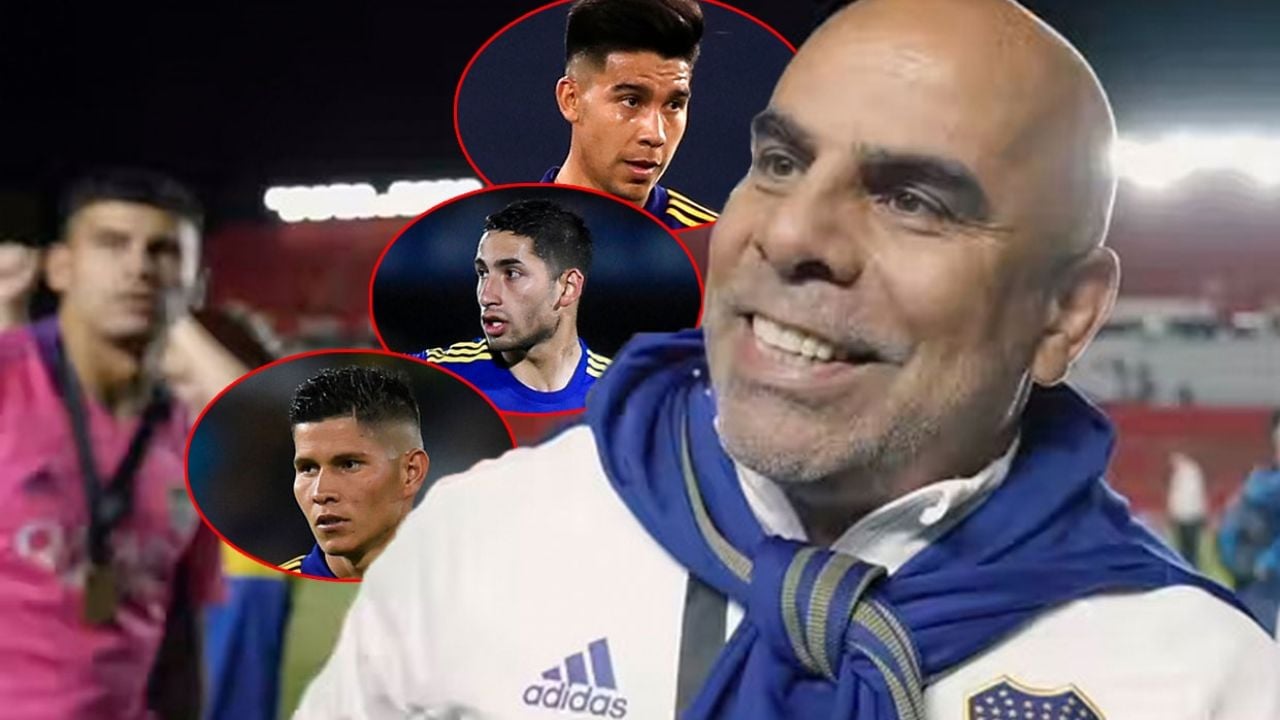 Chicho Serna was final about Boca’s five: “You have to…”

so far this semester, Sebastián Battaglia could not repeat even once the starting line-up of Boca. Whether due to injuries, decision changes or poor performance, the DT had to constantly modify his team, which is far from having that “memory eleven” that is so talked about. Among the positions that underwent the most modifications is that of the central midfielder, a place on the pitch that no player has been able to take over until now and that at Xeneize is synonymous with Mauricio “Chicho” Sernacurrent reserve assistant.

At the beginning of the year, the starting central midfielder of Battaglia It was Jorman Campuzano. Faced with the disparate performances of the Colombian and a suggestion by the Football Council, the DT surprised and put Pol Fernández in that place. The team had its best game of the semester against Estudiantes and then beat River, both games with former Godoy Cruz in midfield. For this Saturday, the one who will occupy that position will be Alan Varela, who was relegated due to extra-sports problems. With so many changes in such a sensitive sector of the field, Chicho Serna gave his opinion on how he should play the 5th of Boca.

All the players who passed through the midfield of Boca in this semester they have different soccer qualities but Serna affirmed that no number 5 that wears the blue and gold can relegate a particular characteristic: “The 5 of Boca he always has to have a fundamental characteristic and it is that claw, he has to deliver and he must infect his teammates. But he also has to play football well,” he stated.

The Colombian then added that it is vital that the central midfielder of Boca and the rest of his teammates are very clear about the function of each one within the team’s scaffolding: “A 5 who plays scraping. When I played, each one of us fulfilled a role, a function that was essential for the rest of the team to stand out. When there is a split ball he has to go all out, but when he delivers a ball he has to give it the best distribution possible. The 5 doesn’t carry, he has to pass the ball as fast as possible”, he concluded.

Like another that is very present in the inferior xeneizes like Blas Armando Giunta, the name of Mauricio Serna is synonymous with dedication and heart in Boca. In fact, the Colombian signs all his tweets as “Chicho, on 5 Boca” despite the fact that almost 20 years have passed since the last time he wore the shirt. Battaglia, another who became an idol from midfield, has not yet found his ideal number 5 and will seek Varela to answer his doubts and, above all, give him the performance that his team lacks.