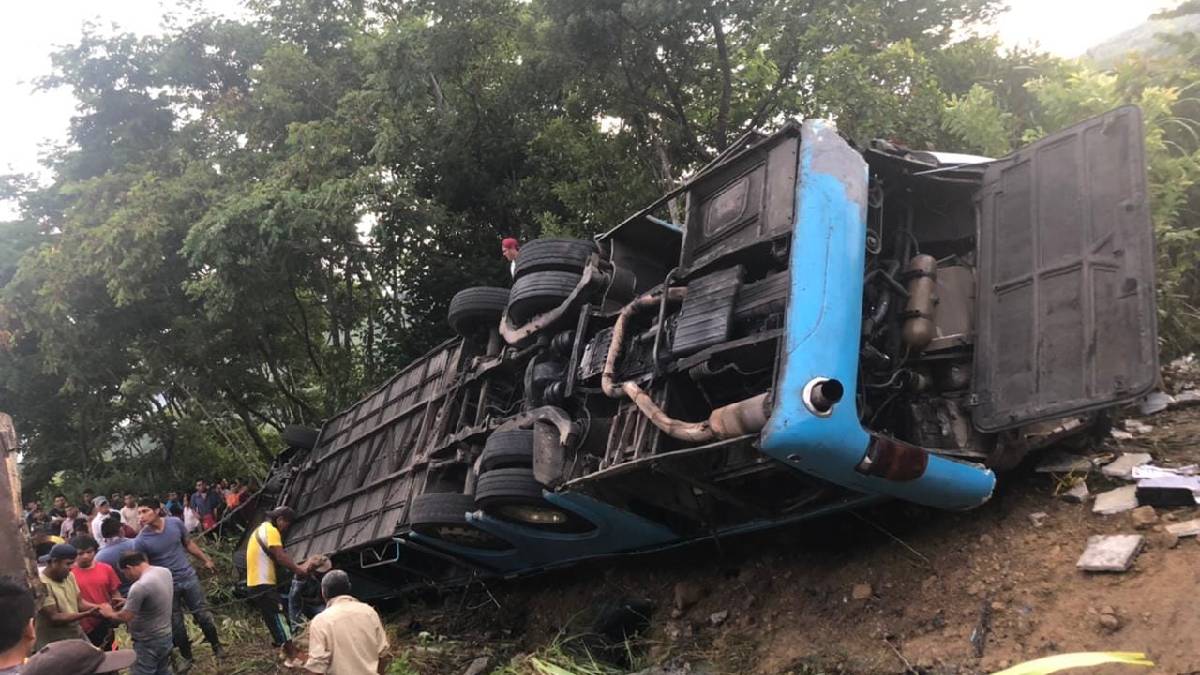 Chiapas: truck with pilgrims from Tabasco overturns; there are dead and wounded

In the state of Chiapasand truck con pilgrims from Tabasco suffered a rollover the morning of this Friday, causing the rapid assistance of the emergency bodies, since at least 9 are reported muertos y 28 injured people.

“The Tulijá-Tseltal-Chol delegation of State Civil Protection reported that there is an unfortunate report of nine people deceased.”

In what area of ​​Chiapas did the truck with pilgrims overturn?

According to social media Civil protection of Chiapasthe truck con pilgrims suffered the accident in the Troad branch of Antiguamunicipal seat of Tilain the direction of El Limar, at the height of the town of Belisario Domínguez.

The shock would have happened around 05:30 in the morningafter that the report of rollover said truck to the authority, so the State Civil Protection System now cares for injured people.

What did the pilgrims from Tabasco, in Chiapas, do?

According to the first reports, everything indicates that the passengers of truck returned to their place of origin, that is, the state of Tabascoafter participating in religious activities.

Civil protection of Chiapas reported that, as preliminaryit was revealed that at least 28 of the pilgrims they turned out injuredof them, three remain in critical condition. The injured in this accident truckwere transferred by volunteers to the Tila Hospitalin order to provide them with medical care.

How has action been taken to help injured people?

For the care of pilgrims injured Civil Protection and Red Cross ambulances were activated from the municipalities of Salto Agua, Yajalón and Chilón. Similarly, the care protocol was activated by the Air Rescue Directorate of the Civil Protection Secretariat.

Another fatal accident in Chiapas?

Just last December, we introduced you to a fatal accidentafter a trailer with migrants overturned in Chiapas; there were dozens of muertos. This was initially reported to have occurred presumably due to speeding, when the heavy unit was passing through the Belisario Dominguez Bridge y Ribera Cauhareon the Chiapa de Corzo-Tuxtla Gutiérrez highway.