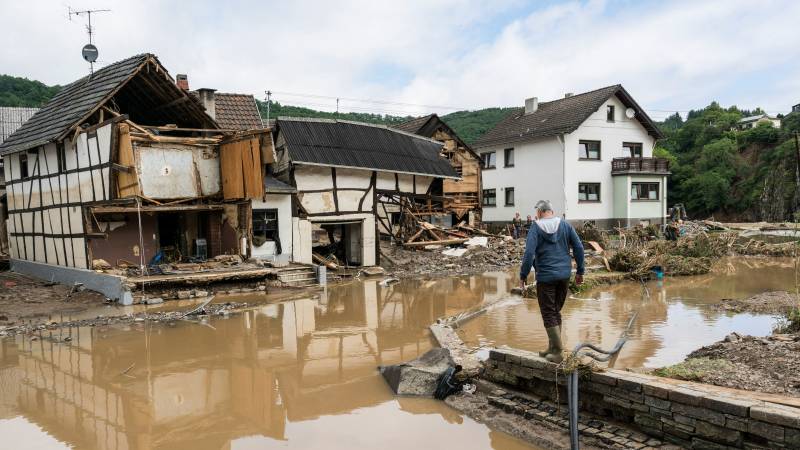 Areas in western Germany are facing an unprecedented flood. In parts of North Rhine-Westphalia, Rhineland-Palatinate and Saarland, the damage caused by the heavy rainfall is extensive. There are now nearly fifty dead and another fifty to seventy missing.

The Ahrweiler region, in the popular Eifel holiday region, has been particularly hard hit. So far, 18 people have been killed. Under what circumstances this happened is not known; victims were found in different places. Near the village of Schuld, the river Ahr washed away six houses. A number of villagers have been reported missing.

“This is a scenario that no one has considered. The victims are first responders and firefighters, but also people who drowned in their basement and people who wanted to save something from their company, but were unable to get out in time,” the correspondent said. Judith van de Hulsbeek in an extra broadcast of the NOS Radio 1 News.

According to the authorities, 15 people have also been killed in Euskirchen, south-west of Bonn. Residents of the region have been asked to evacuate. In historic Trier, a hospital, a nursing home and a residential area were evacuated this afternoon.

Nearly 15,000 rescuers and 500 military personnel are now in the area to help police rescue residents. Helicopters take people off rooftops. “The water is also rising in many places, so it remains a tense situation,” says Van de Hulsbeek.

Rescue operations are going on everywhere in flooded areas, the chaos is great: