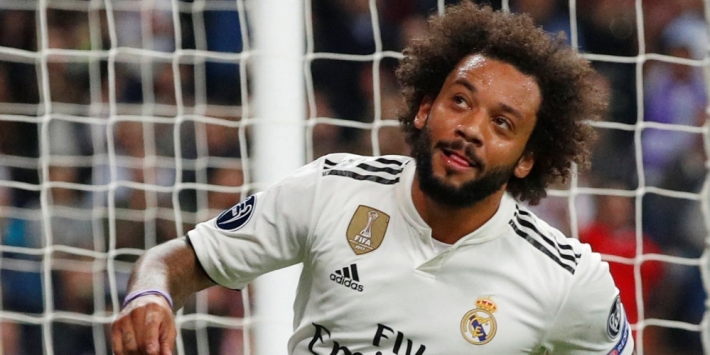 Changes in the pipeline at Real Madrid after Champions League victory


29 mei 2022 – Real Madrid crowned themselves the winner of the Champions League on Saturday evening, yet things will change this summer The Royal† Marcelo (34) has played his last game for the Madrilenians and is leaving on a free transfer.

The Brazilian made this known after the won final against Liverpool (1-0). “Yes, this was my last game for Real Madrid,” said Marcelo, partly about the many rumors surrounding his person. The defender has an expiring contract, which he will not renew. The same goes for Gareth Bale, who has been persona non-grata in Madrid for quite some time.

Marcelo ends his period with a record: just like Karim Benzema, Luka Modric, Dani Carvajal, Bale, Isco and Toni Kroos, the Brazilian won his fifth Champions League. That record was held by Cristiano Ronaldo, who had won one with Manchester United in addition to his four titles with Madrid. However, the Portuguese was overtaken after Saturday evening.

Read also: ‘Real switches on after Mbappé missed out and deposits a monster amount’

The chance that Modric can win a sixth Champions League with Real Madrid is quite high, despite the fact that he also has an expiring contract. According to transfer specialist Fabrizio Romano, the midfielder will extend his contract in the short term. Incidentally, Isco will also leave the capital of Spain after this season on a free transfer. His departure was already confirmed a few weeks ago by manager Carlo Ancelotti.

See also  Cherchesov at CSKA. Where is it from?