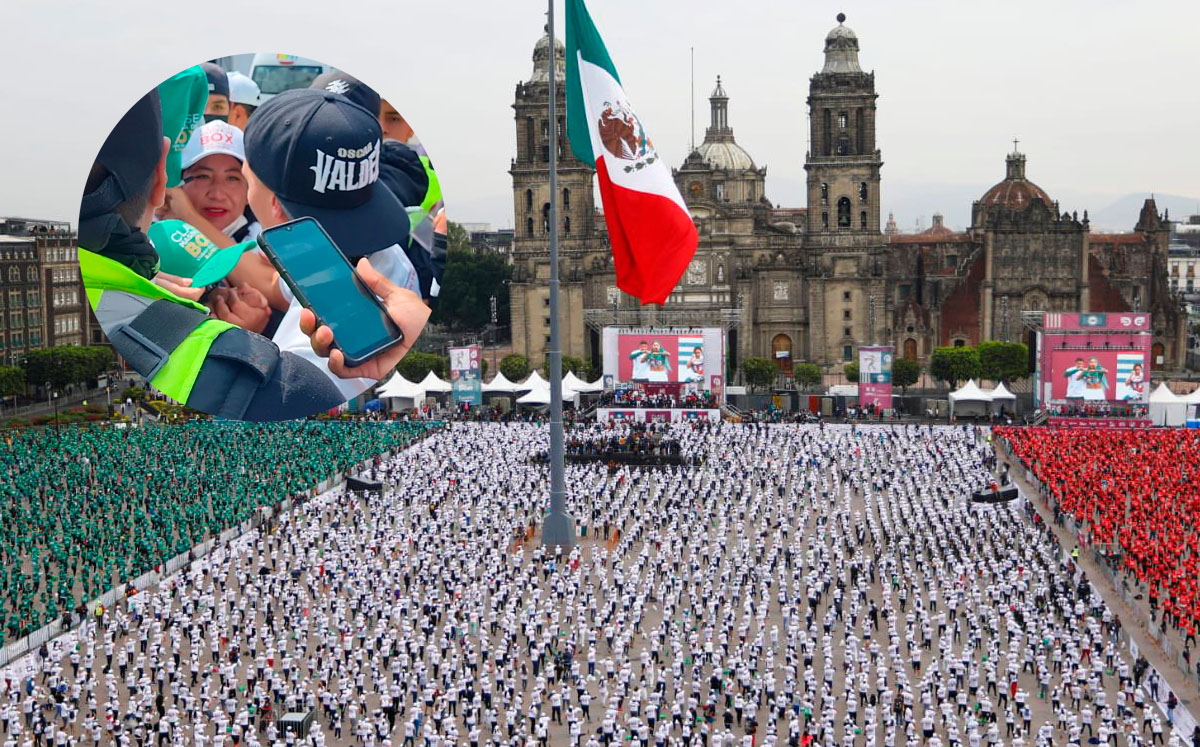 Champions suffer to leave the Zócalo after Guinness Record

The fans that gathered at the Zócalo in Mexico City to be part of the largest class in boxing history consented to his idols, although the desire to be by his side led him to there were some moments of uncertaintyto the degree that

After a couple of hours of waiting and confirming that a new Guinness Record had been established with 14,299 participants, figures such as Andy Ruiz, Mariana “the Barbie” Juarez y Oscar Valdezamong others, looked for the exit route, although on their way they came across dozens of fans who made their progress difficult.

Initially, there were only a few fans looking for the photograph or autograph, but as security measures relaxed the situation began to get out of control, which forced the intervention of the security forces to dislodge the instructors this time.

“We are happy because the record was broken, but more than anything because we are living with our race. It is an honor to share the stage with those great champions, such as Zárate, Pipino Cuevas, Chiquita, and also with the current champions such as Andy Ruiz, Berchelt, in short, it was an honor to be with everyone,” said Óscar Valdez.

In the case of Ruiz, who was one of the most beleaguered among the nearly 40 World Boxing Council champions and former champions who attended; the fans accompanied him to a van of his staff, in which he was finally able to leave in the company of his son.

While, Barby Juárez, her sister Lulú and David Picasso had to hide in a van to be taken to their concentration hotel, although they were equally happy for the affection they received from the participants.