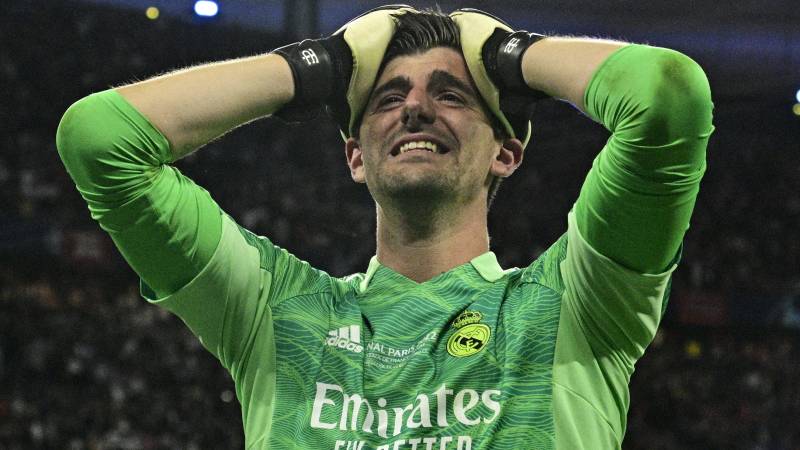 Thibaut Courtois is not in the goal on Friday with Belgium, the upcoming opponent of the Dutch national team in the Nations League. The keeper is not fit and is no longer part of the selection.

Courtois, 30, was the star of the Champions League final on Saturday, in which his club Real Madrid beat Liverpool 1-0.

After the ceremony, Courtois still reported to the training camp of the Belgians, but there it was not considered responsible to let him play against the Orange, Poland (twice) and Wales with his groin injury. Courtois has been taking painkillers lately and is now getting time to calmly recover from a tough season.

Best of the world

For Belgium, the absence of Courtois is a great loss, because he is certainly seen by many as the best goalkeeper of the moment due to his distinctive role in all top matches in recent months. Not by supporters of his old club Atlético, by the way.

Courtois had said before the final that he is now “on the right side of history”, referring to a lost final with Atlético against Real in 2014. Club president Enrique Cerezo called for Courtois’ memorial stone in front of Atlético’s stadium. and that did not fall on deaf ears.