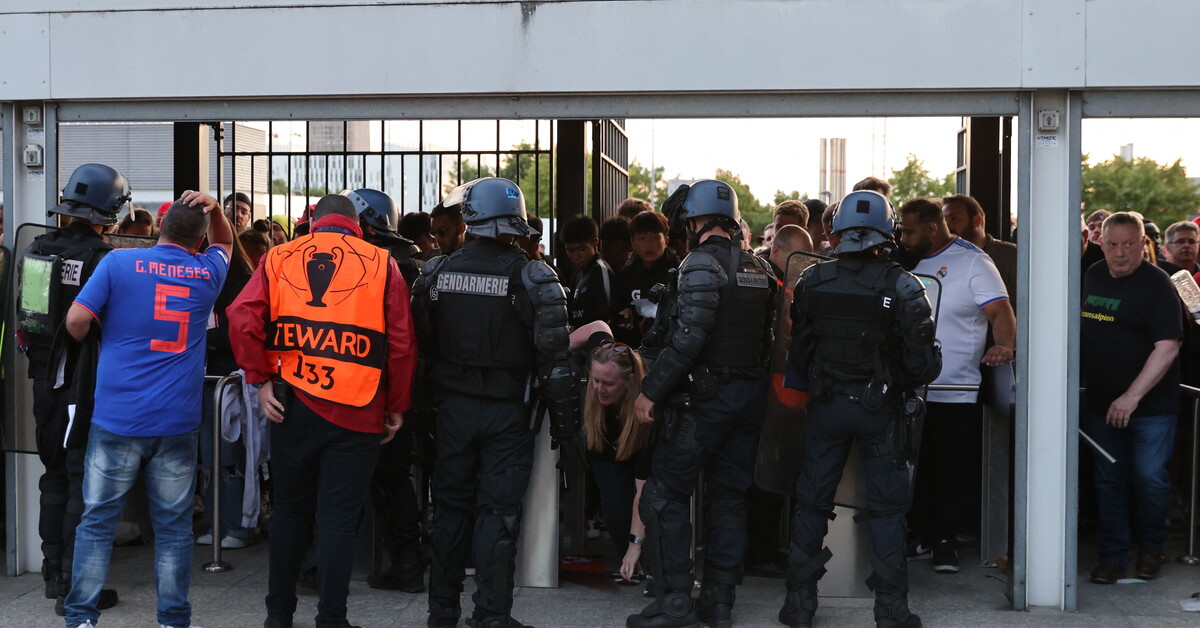 There are about “30-40 thousand fans” of the Liverpool arrived in Paris for the final of Champions League “without a ticket or with a fake ticket”. She announced it in an interview with RTL the French Minister of Sports, Amelie Oudea-Castera, returning to the riots on Saturday night. “We will investigate, but the responsibilities are multiple – he added – theUefaa lack of level stewards, problems in the control areas “.

The minister explained that for the occasion “the presence of police forces around the Stade de France was doubled” compared to a normal event, with the presence of 2000 agents around the plant. “But it is true that they had great difficulty regulating the flow due to the huge influx of spectators without a regular ticket,” she admitted.

In a year and a half, France will host the Rugby World Cup, while the Olympics and Paralympics are scheduled in Paris in 2024: “We are able to organize major sporting events – said the former tennis player – I’m not worried, I care that we all learn the lesson of what happened on Saturday night. “

The minister also stressed that, unlike the Reds, Real Madrid had “no problems”. “Real supervised the arrival of their fans in Paris by providing buses to the airport to organize transfers from one point to another,” she added, explaining instead that Liverpool “has abandoned its fans to fend for themselvesand that made a big difference. “

See also  Spain seizes 4,500 kilos of cocaine on a ship from Colombia

IN 15 IN STATE OF STOP
Fifteen of the forty-eight people arrested in France for Saturday night’s chaos around the Stade de France are still in police custody. The majority of the measures, of which “a significant number concerned minors”, were lifted over the weekend. At the moment there are 15 adults left, according to what was specified by the Bobigny prosecutor’s office, north of Paris. “There is an important number of complaints against unknown persons for theft and muggings with violence”, the sources cited by France Presse specify, adding that none of the arrests are linked to intrusions in the stadium or to the scandal of fake tickets. In a report delivered to the Minister of the Interior, Gerald Darmanin, the prefect of Paris, Didier Lallement, denounces a “massive fraud of fake tickets”, which, in his opinion, would have inflated the crowds around the doors of the stadium, creating chaos on Saturday night. Scenes that have aroused a hive of controversy and questions about the organizational skills of the managers on site.

UEFA OPENS INDEPENDENT PROCEDURE
Uefa has announced that it has commissioned an independent report on the events related to the Champions League final played in Paris last Saturday between Liverpool and Real Madrid. The full review will examine the decision making, accountability and behavior of all entities involved. The report will be compiled by Dr Tiago Brandao Rodrigues, member of the Portuguese Parliament. Evidence will be gathered from all interested parties and the results of the report will be made public once the process is completed, then UEFA will evaluate the next steps.

See also  France: the impressive images of the floods in the metro in Paris (videos)