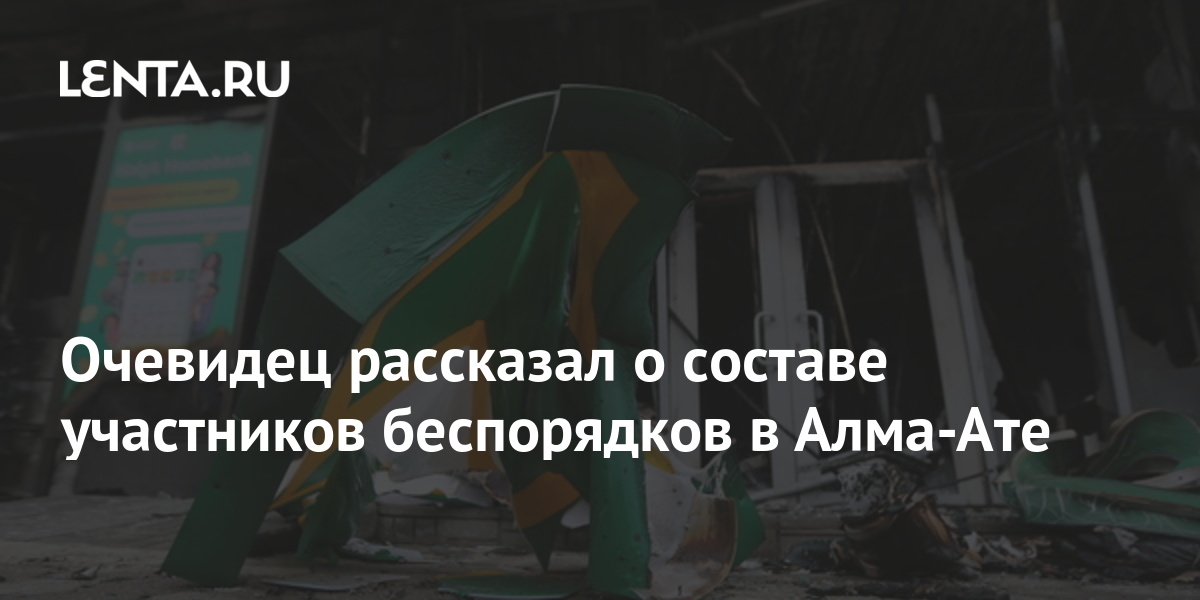 A public figure from Alma-Ata, Valery Kudryavtsev, who witnessed both peaceful protests and the riots that followed them, said in an interview with Lente.ru that the pogroms in the city were no longer perpetrated by the peaceful protesters who took to the streets initially.

“On January 4, the rally was held in a disciplined manner. When new people joined, they were told that they needed to let ambulances through, not attack the police if they did not use violence, and clearly state their demands. The main thing was to prevent riots … And on the second day, the apocalypse began. There have already appeared, let’s say, new members. They began to destroy everything in their path, ”he said.

According to him, many people from other regions and countries came to protest in Almaty. “Perhaps they came from Kyrgyzstan and Uzbekistan. There were many people who arrived in cars with Russian license plates (most likely, these were local residents who buy cars in Russia), “Kudryavtsev suggested.

“I think that in the wake of the growth of protest, people who had the task of making a good profit came to the city. Although I do not exclude the possibility that it could have been some kind of terrorist raids, ”he added.

Earlier, the President of Kazakhstan, Kassym-Zhomart Tokayev, announced the participation of foreign militants in the protests in the republic, which took place in early January. “I have no doubt that it was a terrorist attack. A well-organized and well-prepared act of aggression against Kazakhstan with the participation of foreign fighters mainly from Central Asian countries, including Afghanistan, ”Tokayev said.