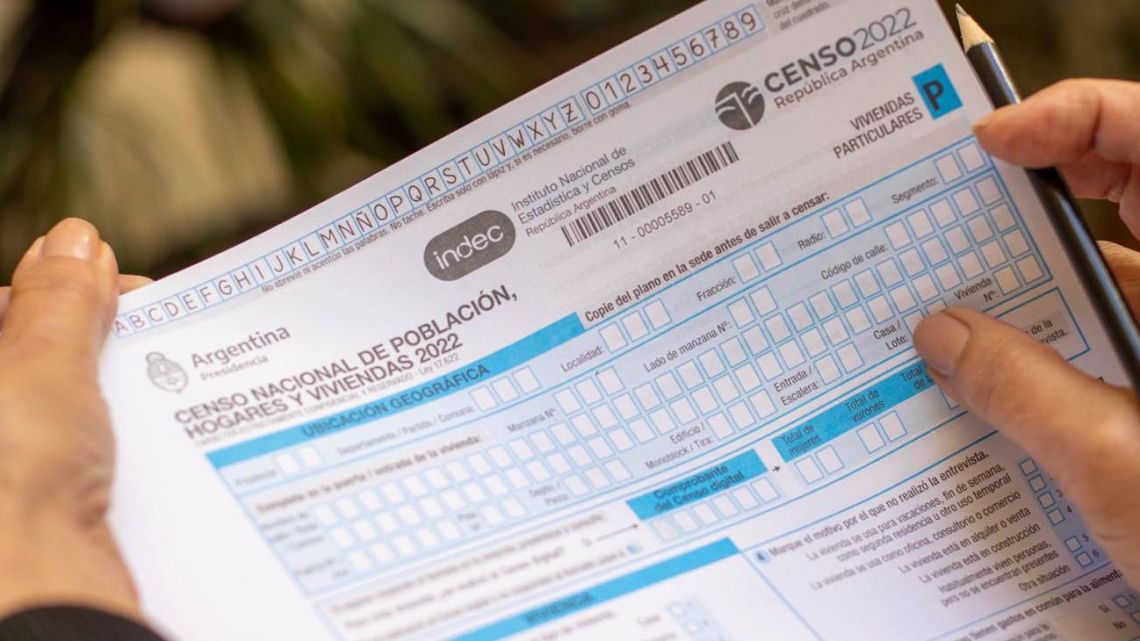 Census 2022: which activities will work and which will be suspended on May 18

After the postponement caused by the pandemic, the May 18 will be held on 2022 censusorganized by the National Institute of Statistics and Censuses (Indec), in person. For the first time, the Census has a digital modalitywhich allows you to answer the questions through a form that has been on the agency’s website since March 16 of this year.

That Wednesday was declared as National holidaythrough the Decree 42/2022, with the aim of guaranteeing that everyone is in their homes to answer the questions of the census questionnaire. Each house must elect one reference person to provide the information required by the census takers. The questionnaire of the survey consists of a total of 61 questions: 24 are related to the characteristics of the living place and home, and 37 are related to the population.

National Census 2022: How to complete the questionnaire online?

According to the website of the Censusduring the operation in personlos census takers will wear a bib with the official image and the telephone number of the help desk (0800-345-2022), in addition to a credential with your personal data (name, surname and DNI).

What can and cannot be done on May 18

Having the character of requiredaccording to article 17 of the Decree 726/2020which regulates the operational aspects of the Census, all the inhabitants of the national territory must answer all 61 questions included in the questionnaire. Said decree states: “Everyone and all the inhabitants of the Nation are forced and forced to answer all the questions included in the Censusmaking it known that those who do not provide on time, falsify or omit the requested information will incur in an infraction and will be liable to more in accordance with the provisions of article 15 of Law No. 17,622″.

On the other hand, the Ley 24.254which declared the day of the Census as a holiday in 1993, provides in its 2nd article that are prohibited until 8:00 p.m. of the day indicated for the census activity:

The same law provides that they will remain closed:

On the other hand, article 4 of the law warns that “any violation of the provisions of the preceding articles will be sanctioned in accordance with the regulations in force relating to work on the holiday.”

Unlike previous editions, the 2022 census added a variant digital that allows you to complete it from the Internet on the page www.censo.gob.ar. It is important to mention that this new modality Is completely optionalhence do not carry out the digital census does not cause any harm. In case of not completing the online form, on May 18, the questions will be answered in person. 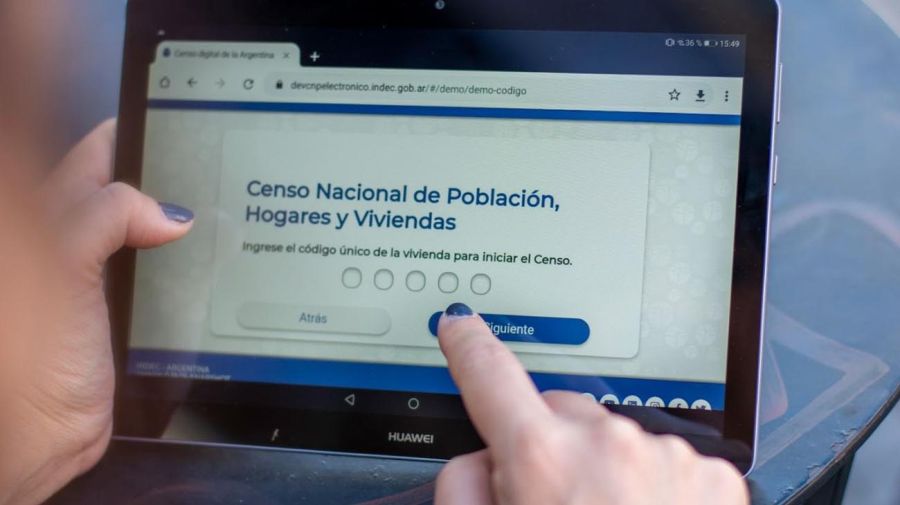 What is the single housing code and what is it for?

In case of choosing the digital format to answer the questions of the 2022 census, the reference person of the household will receive in their email the unique housing codewhich is alphanumeric, contains 5 digits and it is associated with home indicated. This code is necessary to continue completing the census questionnaire. In addition, it is important to mention that, if in the same address hay more than one homeEveryone must use the same code single housing.

The system will request some data of the reference person who enters to complete the Digital Census on behalf of all members of your household. This information is presented in a temporary window and is used only for to check that the person requesting access to the website is a human persony no and robotcon old enough in order to respond. By completing the required data, access to the Census application is enabled. After finishing the process, the system will issue a voucher with a six-digit alphanumeric code, which will be sent to the mailbox mail and must be submitted to censta.

What happens if I don’t answer the questions on the census form?

In case of do not answer o falsify las answers of the census, the ley 17.622created by INDEC in 1968, stipulates a series of penalties taking into account that this activity is constituted as a civic duty. The standard provides fines for those cases in article 15 and the amounts are updated every six months. 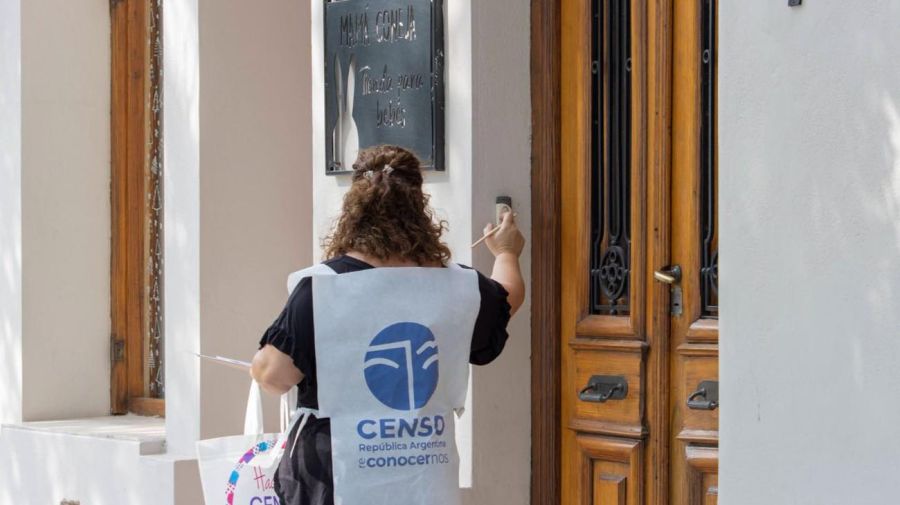 According to said law: “They will incur in infraction and will be liable to finesin accordance with the procedure provided for in the regulations of this law, those who do not provide on time, falsify or produce with malicious omission the information necessary for the statistics and censuses in charge of the National Statistical System. The minimum and maximum amounts provided for in this article will be readjusted every six months, on January 1 and July 1 of each year based on the increases in the semesters due on December 31 and June 31, in accordance with the variation operated in the general level of wholesale prices in said periods”.

Census 2022: call for people with Down syndrome to be identified

The last update of the amounts of these fines was established through the Resolution 25/2022, published on February 22 of this year in the Official Gazette. It stipulates a range of fines ranging from $1076,36 to the $106799,35.

The 2022 Census begins in rural areas and in collective housing

Between monday 9 and the tuesday may 17 The 2022 Census will be carried out in person at the collective housing y rural areas of all country. In the case of collective housing, the operation will relieve all the people living under an institutional regime, such as camps or workshops; boarding schools; quarters; elderly people’s homes; homes for girls, boys and adolescents; religious homes; Health establishments; tourist hotels; refuges or inns, and prisons.

All will be censored people residing and sleeping in collective housing four days or more in the week, as inmates, internees and guests who do not usually return to their home. When a census taker appears, the person in charge of the collective housing can provide the data of its members or facilitate contact with the residents so that each one answers the questionnaire personally. 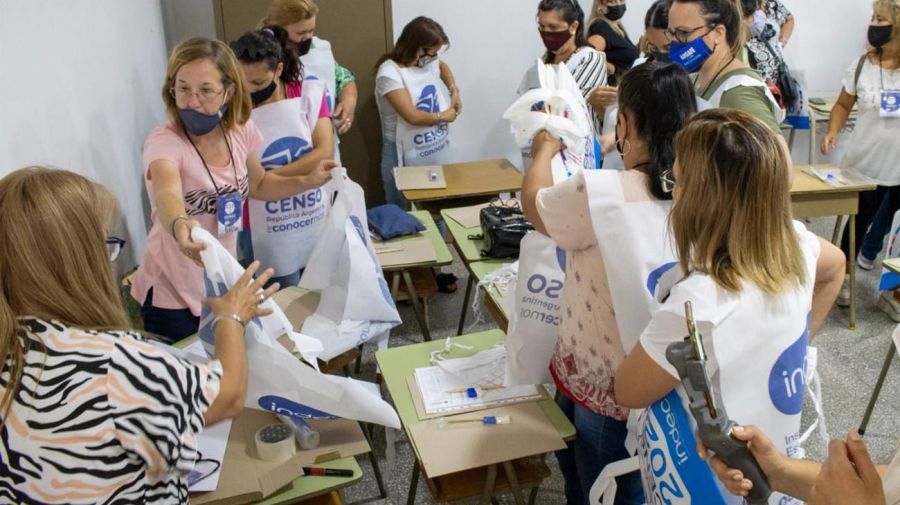 Everything you need to know about the 2022 Census

In the case of paradores and shelters for homeless people, the census takers of collective housing will carry out the census at 8 in the morning of May 17, with the information of the people who slept in the place the night before. The rest of the personas in a street situation, who are in the public roadwill be registered by means of a special operative which will take place between 20:00 on May 16 and 02:00 on May 17.

As for the rural areas of the country, the points to be surveyed are dwellings, stalls, rooms and all those places where people usually live outside urban areas. Each segment will be covered by a census taker with the support of Gendarmerie y Prefecture National to guarantee access to the entire territory. The operation is coordinated by the provincial statistical directorates together with INDEC.

On the other hand, the April 22 This operation was carried out in rural areas located in the mountainous areas of the Patagonia region and in the provinces of Mendoza y San Juan. The tour began earlier in these six places to guarantee the territorial sweep in areas that could be affected by the arrival of low temperatures. In provinces like Neuquen y TucumanThe operation begins this weekend.