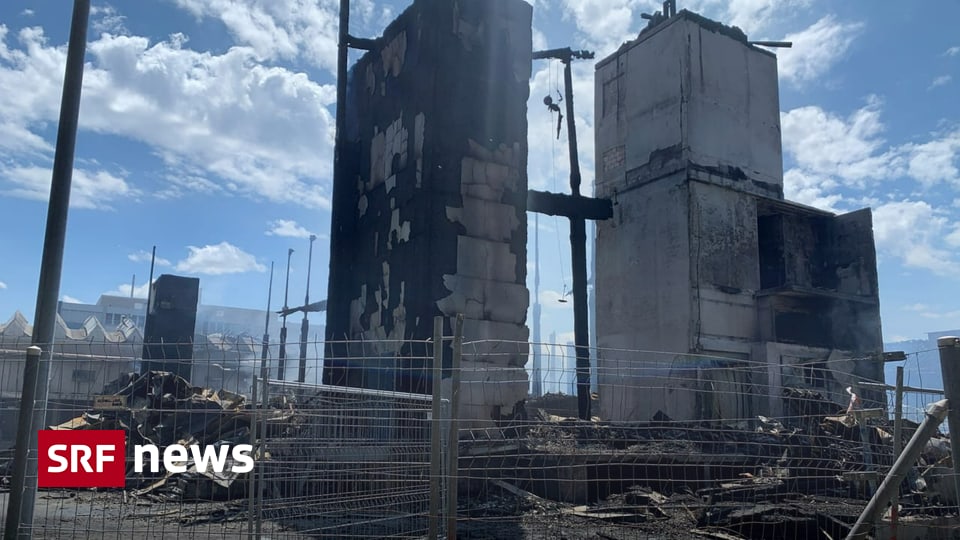 Cause of fire unknown – major fire in Spreitenbach: 20 million francs in damage – News

According to the police, the fire broke out in a warehouse. Bitumen, which is used in road construction and as sealing material, was also stored in this hall. According to the police, the warehouse has now almost completely collapsed. The fire also spread to three neighboring buildings, one of which was a restaurant, said SRF regional correspondent Stefan Ulrich. “It was a blessing in disguise that there is no residential area,” he added. The vehicles parked nearby burned out completely.

The fire left ruins and burned out vehicles

The major fire with flames up to 30 meters high resulted in heavy smoke that could be seen for several kilometers. There was heavy ash flying, spread by the wind. People should report their damage caused by falling parts to the police, it said.

A total of eight fire departments in the region with more than 200 firefighters were deployed. The company fire brigade from Ems Chemie from Dottikon AG was also there. Seven people suffered smoke inhalation. Four of them were hospitalized. The fire alarm went off at 4:30 p.m. The fire was under control by 9:30 p.m.

The plume of smoke could be seen miles away

On the A1, the right lane in the direction of Bern and the Spreitbach entrance and exit were closed in the evening due to heavy smoke.

The burning bitumen and insulation materials of the buildings caused dense, black smoke and heavy flying ash, which led to small fires on the embankment of the highway. The wind made it even more difficult to extinguish the fire.