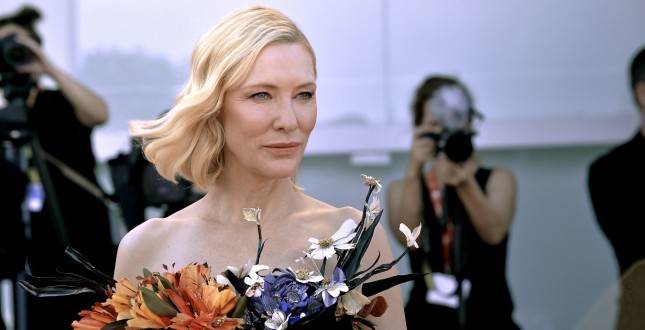 An Oscar-winning performance by the American actress, who in the film competing at the Venice Film Festival transforms into a genius of classical music, but with a dark side

Forget the plunging neckline jumpsuit she wore on the red carpet (wait) and raised a few eyebrows. Cate Blanchett, in Tár, is grandiose, enormous. And it is already in the smell of important prizes. In Todd Field’s film, in competition at the Venice Film Festival and received with a six-minute standing ovation, Blanchett is Lydia Tár, award-winning conductor in Berlin (the Berlin Philharmonic is never mentioned openly, but Lydia quotes Von Karajan, Abbado, the meaning to is clear). Charming, narcissistic, Lydia lives with her violinist partner (Nina Hoss), has an adopted daughter, Petra, loves matcha tea, young women and above all, power. And it is precisely the feeling of being able to dispose of people as if they were objects that will get her into trouble: after the news of a former protector who committed suicide spreads, Lydia’s life implodes. Before that girl, it seems, there were others. Used, tricked into being important. Leave. – photo | video

Couples parade on the red carpet of Venice: some promoted, some rejected … – wait

THE CRACKED STUDENT – Tár, released in February 2023, is a great film because it tears down the sacred cards (yes, even women can harass, anger, mortify) and because it is one of the first major American productions to steer politically correct at all costs cost for the winds. For a student who declares himself to be “non-binary” and says that he did not want to play Bach because he was “male, white and heterosexual”, Lydia Tár cries annoyed that she did not understand anything, that “the narcissism of difference elevates” the most sinister of conformisms”. Canceling culture, Field suggests in his film, is a gigantic trap. But Cate Blanchett does not like the idea of ​​a film on #metoo al contrario: “I will not make a gender issue, it’s a story about people, about the existential condition – she said in Venice -. Lydia is a wrong person, there is something that haunts her about her past. He tries to rediscover himself through music and achieves his dream, which will however turn into a nightmare.

Cate Blanchett, Giorgia Soleri (single) and the others: passed and rejected the second red carpet of the Venice Film Festival – wait

PIANO LESSONS – To prepare for this role, Blanchett – who is also a co-producer – studied German, which she incidentally uses in many dialogues in the film, took piano lessons and practiced conducting with the Dresdner Philharmonie. “I wanted to learn the gestures, the sense of space on the podium.” In a furious scene, in which he drives a car through Berlin at full speed, he pretends to drive her, without a stuntman. In the 2 hours and 38 film, there is no scene in which the actress is not present. Director Todd Field was clear: “I didn’t write this movie with Cate in mind, I wrote this movie for Cate. Without her it would never have existed.’

Timothée Chalamet at the Venice Film Festival: “How difficult it is to be young today: you are always under judgement” – wait