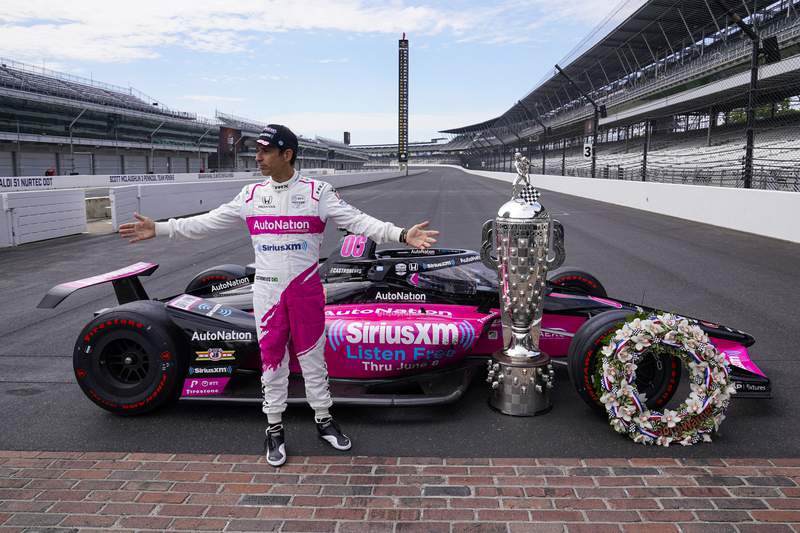 Helio Castroneves hoped his fourth win at the Indianapolis 500 would help him land a seat on this weekend’s IndyCar doubleheader in Detroit.

He asked several times, but Meyer Shank Racing decided to stick with the original plan.

On Monday the team said it will keep only one vehicle with Jack Harvey on the Detroit Grand Prix doubleheader, as well as one sports car in the IMSA race. The team has a six-race plan for Castroneves that began with the Indy 500, where he delivered their first victory.

Instead, Castroneves will debut Saturday at Tony Stewart’s All-Star Superstar Racing Experience at Stafford Motor Speedway in Connecticut, just as planned. His next IndyCar race will be in August in Nashville. He is also scheduled to compete with MSR on the Indianapolis street circuit, as well as Portland, Laguna Seca and the season finale in Long Beach.

“Of course I wanted to go to Detroit. It is a place that I have very close to my heart, but I understand. I can only go on, ”he said. “I think I do deserve some of the credit, but I understand the priorities. We are constantly talking, we are in a great place. ”

Castroneves has three wins at Belle Isle, including the first victory of his career in 2000 when he climbed his first hurdle to celebrate. It became his trademark celebration and when he won the 500 Miles on May 30 with a partial contract with Michael Shank, his celebration on the fence became one of the indelible moments of the 105th edition.

It’s no secret that he wants to race full-time in IndyCar, but the only contract he got this year was for six races with Shank, who is trying to grow his program slowly.