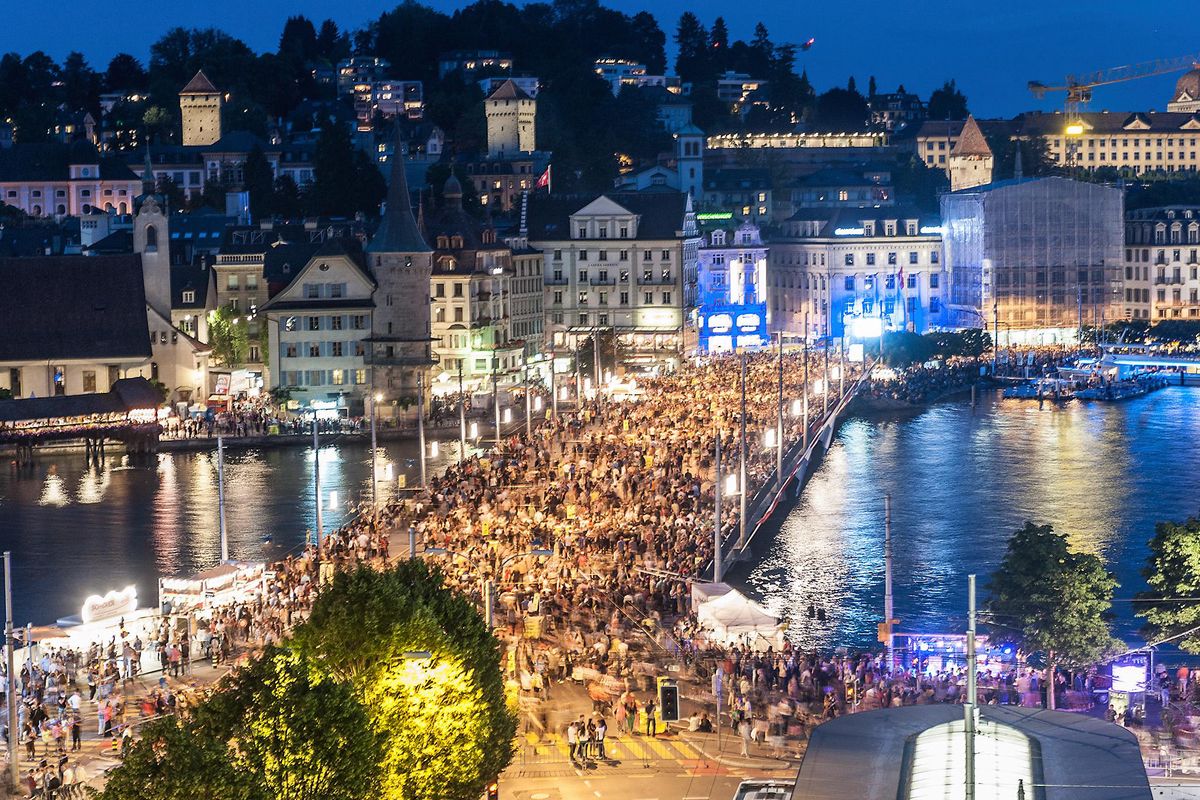 Cashless vs. cash: Stadtfest wants to do without cash – and triggers a wave of outrage

The city festival is to take place cashless this year. This supposedly harmless decision has now unexpectedly led to a fundamental debate in Lucerne: Is cash still needed or is it a must?

If you want to eat a sausage at this year’s city festival in Lucerne, you must have a Twint account or a bank card with you. Cash will not be accepted this time. The central Swiss regional journal “Zentralplus” reported on this supposedly harmless decision, unexpectedly triggering a wave of outrage. “Insolence” and “shame” are scolded under the article. Apparently, a chain message was already circulating on Telegram, with a call to complain to those responsible. A fundamental debate has long since arisen from this:

plastic or bills? code or coin?

Critics fear that older people in particular will be excluded. The “Luzern60plus” association, which is committed to the concerns of older people, points out that many – and not only older people – are still on the road analogously and only pay with cash. A city festival in particular must be for all Lucerne residents and not exclude one group, the president of the association complained to the newspaper.

Although cashless payment is no longer unusual everywhere, including at major events, recent surveys agree with the critics: According to the latest figures from the “Swiss Payment Monitor”, a project of the ZHAW and HSG universities, 32 percent of all transactions are paid for with debit cards , but cash follows with 30 percent. In third place is the “non-mobile use of credit cards” with 16 percent. “Following the sudden changes at the beginning of the pandemic, the payment behavior of the Swiss population stabilized over the course of 2021,” explains one of the authors of the study, Marcel Stadelmann. “Only the popularity of mobile payment continues to increase significantly.”

In the most recent means of payment survey by the Swiss National Bank, the socio-demographic characteristics also clearly show how 15 to 34-year-olds in particular are switching to digital payments. From the age of 55, however, even the debit card has a difficult time. And: the lower the monthly income, the higher the cash portion.

“We chose this payment method for reasons of security, hygiene and the digital development of the time,” defended Nicole Reisinger from the Stadtfest-OK. Security is a particularly troubling issue at many events. If a cash register disappears, a lot of money can be lost. This happens less digitally. Another aspect is that, as studies show, people simply consume more if they don’t see the money changing hands.

In the meantime, however, the festival organizers seem to be bowing to the pressure: “The OK has the discussion and the feedback for cashless payment and is in the process of examining the possibilities of the payment system, »said the city festival OK. The organizing committee will inform about the results on Wednesday. The successor to the Lucerne Festival is scheduled to take place on June 24th and 25th.

If you subscribe to notifications from the Central Switzerland channel in the 20-minute app on your smartphone, you will be regularly informed about breaking news from your region.

You can subscribe to the 20-minute Central Switzerland Push here. (works in the app)