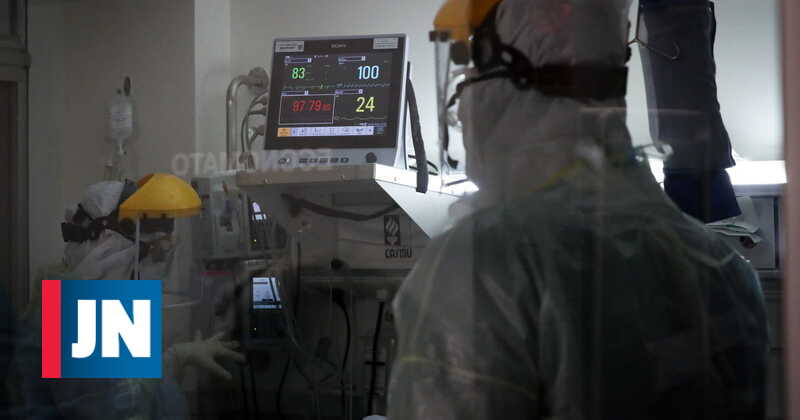 The Directorate-General of Health reported 1746 new cases of covid-19 and six deaths in the last 24 hours. Figures in the Northern Region at the February level.

Tuesday’s numbers represent an increase, almost double, from the 902 cases reported yesterday, which is not uncommon. But the 1746 infections reported today show an increase from 1020 last Monday and 973 15 days ago. The month started with 383 positives on the 1st, followed by 341 on the 8th.

In hospitals, the total number of inpatients went down after five days in a row on the rise. With 10 fewer hospitalized, there are now 492 bedridden patients, of which 119 are in intensive care units, four more than yesterday’s 115.

Active cases rose for the seventh consecutive day. With over 63 infections reported this Tuesday, Portugal officially has 32134 sick people with covid-19.

There are 1058 more people under surveillance by the authorities for having had close contact with an infected person, with the total exceeding 50,000 (51109), while a further 1,677 people have recovered from the disease, 827969 since the start of the pandemic.

The region of Lisbon and Tagus Valley (LVT) continues to be the most affected by the virus in recent weeks, having reported five of the six deaths recorded in the last 24 hours, a period in which 965 new cases of covid-19 were confirmed, which is equivalent to to 55% of the total cases.

A percentage identical to yesterday, on the day with the most cases since 1940 recorded on February 19, in the black hangover of January, which accumulated more than 300,000 infections and claimed 5,576 lives.

With the total number of cases rising from last week’s highs and with the LVT having the lowest percentage in recent weeks, after days of around 65% of the total, other areas of the country are beginning to report more cases. This is the case in the North Region, which registered one death and 361 new infections. A value that only finds a parallel with the 369 reported on February 20th and that clashes with the average around 200 during the last week.

Another area showing signs of being more affected is the Algarve. The extreme south of Portugal adds up to the seventh consecutive day with more than 100 daily cases. The 180 infections reported this Monday in the bulletin of the Directorate-General for Health (DGS) represent the maximum in that region since February 5, when 202 cases were reported.

Signs of the spread of the virus are also coming from the Central Region, which has infected 152 more people in the last 24 hours, a number in line with data from February, when the so-called third wave was in its descending phase, after a week of around 100 daily infections.

In Alentejo, where the prevalence of the delta variant is already above 90%, 30 new cases have been reported, for a total of 30933 infections and 972 deaths since the beginning of the pandemic.

Half of the victims were over 80 years old

Of a total of six fatalities reported in the last 24 hours, three, two women and one man, were over 80 years old. This is the age group most affected by the pandemic, having lost 11218 lives, 65% of the total nationwide.

The other deadly victim reported on Tuesday was a woman, aged over 60 and under 70. At this level 1540 people have died since the start of the pandemic, 9% of the total.