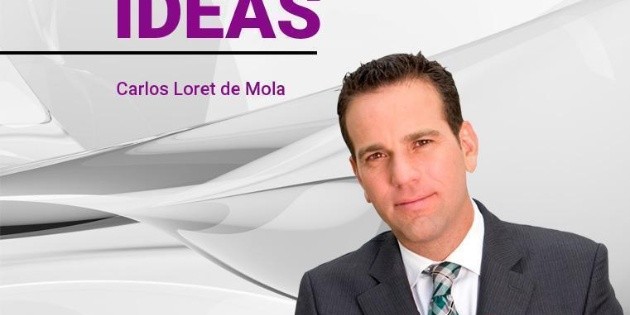 Carlos Loret de Mola: The person in charge of the flight

Over the weekend, two passenger planes were about to collide due to a serious control error at the AICM. They instructed a flight to land on a runway where an aircraft was preparing to take off. The president says that there are no problems, categorically denies them, and assures that they are inventions of the conservatives. But the message does not reach the cabinet. So the Government sets up some emergency tables to address the non-existent problem. The president says that he has nothing to do with the Felipe Ángeles airport, but he does have to do with it, at the tables it was used to extort national airlines and that they “voluntarily” send flights to the ghost airport.

It is clear that there is a problem. It is serious and there are responsible. The first is called Andrés Manuel López Obrador, who decided to make aviation a political banner. He did not think of it as the result of technical analysis or strategic development approaches.

On the weekend, the pilot of the Volaris plane who was instructed to land on a busy runway, as the good person in charge of the flight, makes a “go to air” and thereby saves his passengers and crew. From the other flight, the one that intended to change the country, the pilot has no intention of correcting it.

1.- They say that in the corridors of the Ministry of Communications, on Avenida Universidad in Mexico City, there is an office assigned to an “official” who is not. Guadalupe Cano Herrera, ex-wife of Secretary Jorge Arganis and mother of her daughter, without having an official position, acts as assistant to the Head of Administration and Finance of said dependency. They report that her only assignment is to boycott all matters of interest to Capufe and its head, Elsa Veites Arévalo, in the Board of Directors. This derives from the fact that last year, Veites asked for the head of Guadalupe Cano in Capufe, because she, being her subordinate, abused her relationship with her secretary to bypass her and contradict her decision-making. .

2.- In 2013, the Peña Nieto energy reform was approved. Following the Obradorist discourse, the legislators who approved it are traitors to the country. He lists two of them: Marina Vitela Rodríguez, Morena’s current candidate for the Durango government, and her campaign coordinator, Roy Gómez Olguín. By the way, both are very close to Ignacio Mier, the coordinator of the Morenista deputies, who proposed the “peaceful execution” of those who refused to tear down that 2013 reform.