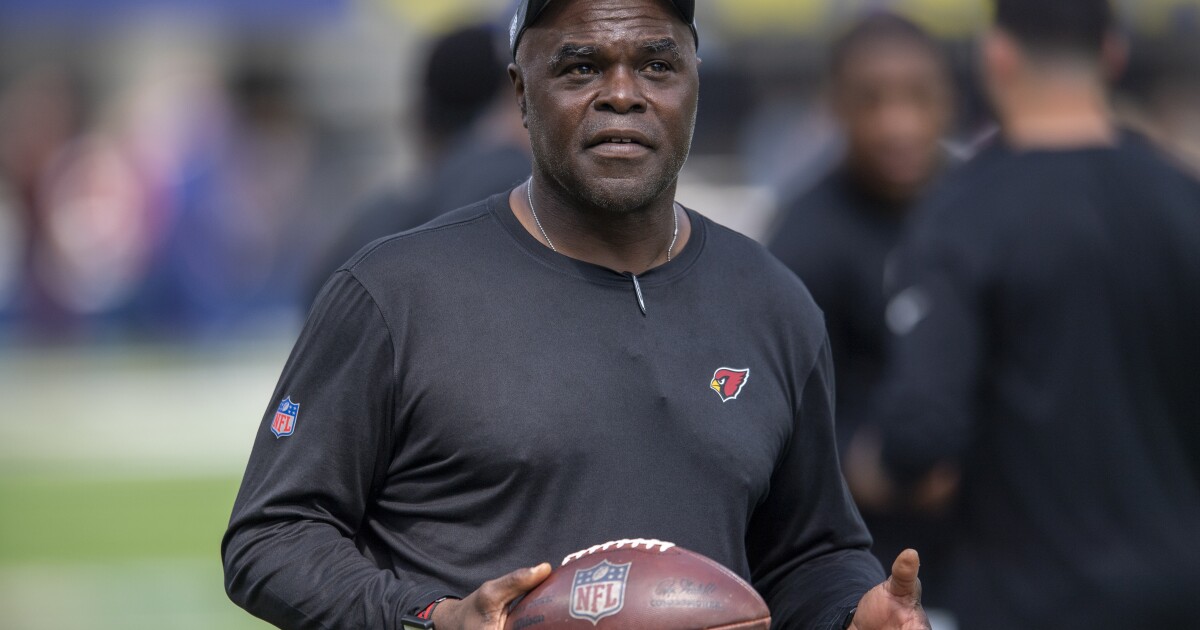 Arizona Cardinals running backs coach James Saxon has been charged in Indianapolis with two counts of domestic violence stemming from an alleged incident in May.

One of the charges is a felony involving domestic violence committed in the presence of a child under the age of 16.

An attorney identified as representing Saxon did not immediately respond to a request for comment on the case Friday.

Cardinals coach Kliff Kingsbury said Saxon has been placed on administrative leave. Kingsbury added that the team knew about Saxon’s arrest when it happened in May.

“We are aware of the incident and have notified the NFL as required,” the Cardinals said in a statement. “The matter is currently under review in accordance with league policy. After consulting with the league office, James was placed on paid administrative leave. We will have no further comment pending further proceedings.”

ESPN was the first outlet to report the arrest.

According to online records, the next step in Saxon’s case is Aug. 25, when a lawyers’ conference is scheduled.