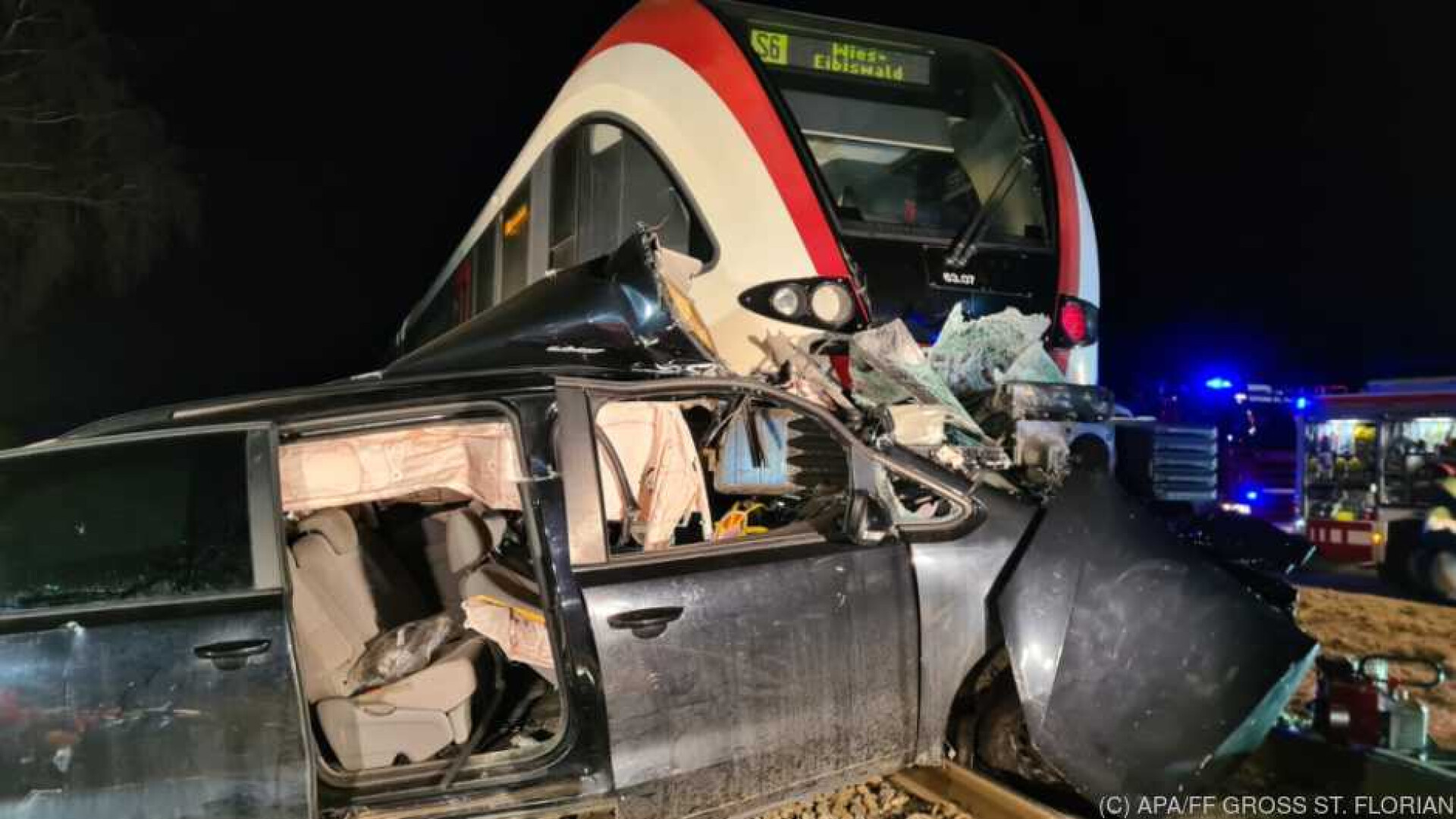 A 20-year-old man was killed when a car collided with a train late Friday afternoon in Groß St. Florian in western Styria (Deutschlandsberg district). The car was caught on an unrestricted level crossing and dragged around 190 meters. The young Pole, who was a passenger in the car, succumbed to serious injuries at the scene of the accident. The driver (22) became heavy, another man in the back was slightly injured, according to the police.

The car was recorded in Groß St. Florian

When crossing the level crossing without a light signal, the Polish car driver should not have noticed the train approaching from Groß St. Florian and drove into the crossing area, as informed by the Styrian State Police Headquarters. The 40-year-old train driver from Graz was no longer able to prevent the collision: the vehicle was hit by the train on the side in the front area and jammed in the front area of ​​the railcar. It was dragged around 190 meters before the train came to a standstill.

The 20-year-old passenger was initially responsive after the rescue, but the fatally injured died on the spot. The vehicle driver had to be freed from the vehicle wreckage using technical equipment. He is being treated in intensive care. A 36-year-old sitting in the back was able to get out of the car on his own and, according to the police, only suffered minor injuries. The train driver and those on the train were not injured. The engine driver was not under the influence of alcohol, and the result of the blood test for the car driver was still pending.