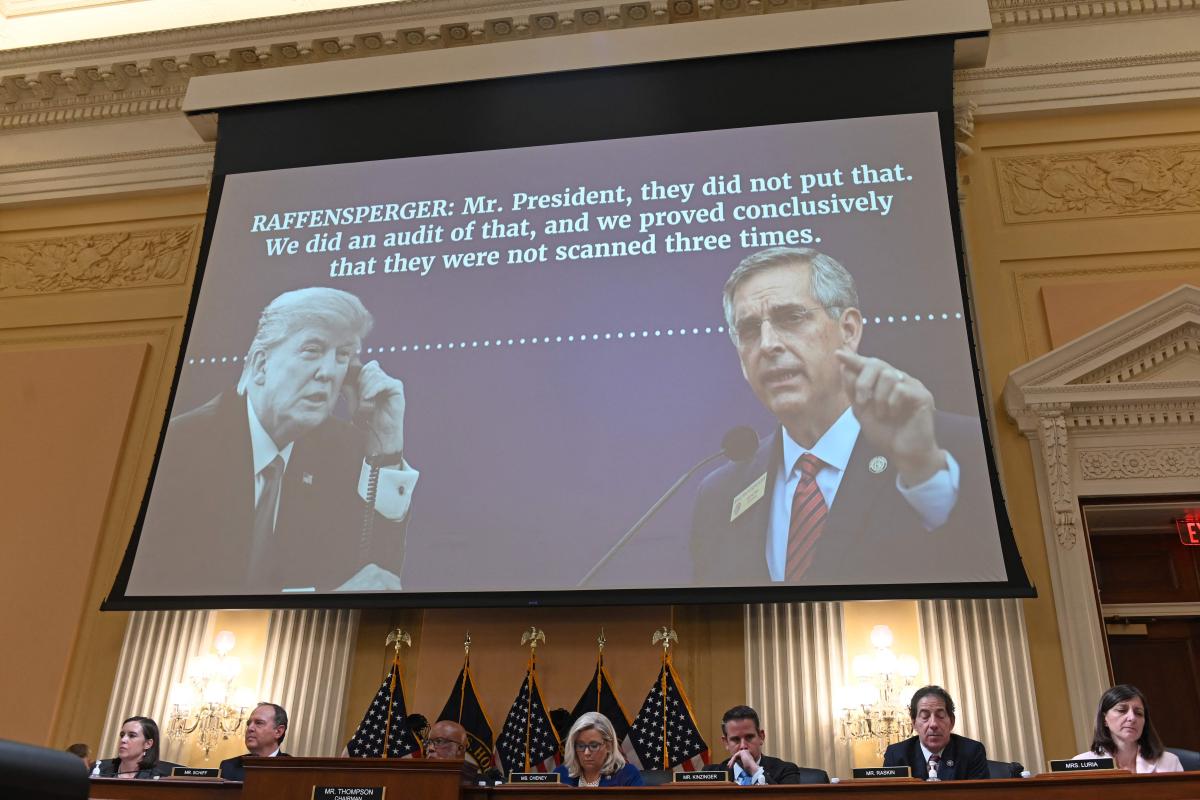 High-ranking representatives of governments and parliaments in the US states have reported how they were pressured by the election loser Donald Trump after the 2020 presidential election.

Several witnesses – both live at the meeting and in video recordings of previous interviews – explained on Tuesday how Trump and his team urged them to take action in their respective states against their election defeat and subsequently reverse the result.

Several Republicans spoke of threats, abuse and harassment from supporters of their party colleague Trump. The ex-president claims to this day without any evidence that he was deprived of victory in the 2020 election by fraud. For weeks he tried to use the most questionable methods to subsequently overturn the election victory of his democratic challenger Joe Biden. At the time, his camp also failed with dozens of lawsuits against the election results. Resistance to the outcome of the election culminated in the attack on the Capitol, which the investigative committee is investigating.

At the meeting of the committee of inquiry on Tuesday, the state secretary responsible for organizing elections in the state of Georgia testified, among others: Republican Brad Raffensperger. Georgia was one of the states that tipped the ballot in Biden’s favour. In a phone call at the time, Trump openly asked Raffensperger to collect enough votes for his election success in Georgia. A recording of the conversation was shared with the media at the time. Among other things, it was heard how Trump says: “I only want to find 11,780 votes.”

Various recordings of the infamous 67-minute phone call in which Raffensperger repeatedly contradicted the president were played during the hearing on Tuesday. Raffensperger said at the meeting there was no doubt that Biden won the Georgia election by a margin of about 12,000 votes. Several recounts came to the same conclusion. “The numbers are the numbers, and the numbers don’t lie,” said Raffensperger. “There were no voices to be found.” The count was correct. There were many allegations at the time, “and we investigated each one.” Raffensperger said he and his wife received threats after refusing to comply with Trump’s request. All of this was very worrying.

The Republican chairman of the Arizona House of Representatives, Russell Bowers, reported something similar. The former Trump supporter described how his team approached him at the time with allegations of voter fraud about Arizona. However, no one from Trump’s team has ever presented him with any evidence of this. Bowers explained how Trump and his team had pressed him to initiate a procedure in his state’s House of Representatives to subsequently address Trump’s election defeat in Arizona. But that would have been against the law and against his oath of office, Bowers stressed. And he personally made it clear to Trump several times that he would not do anything illegal for him.

After refusing to bow to pressure, protesters marched in front of his house every week, calling him a pedophile, a pervert and corrupt, threatening him and bullying his entire neighborhood, Bowers said. In transcripts of previously recorded witness interviews, other state officials reported similar experiences.

Democratic committee chair Bennie Thompson said, “The relentless, destructive campaign of pressure on state and local officials was based on a lie.” Trump knew that and did it anyway. Thompson warned, “That lie hasn’t gone away.”

Just over the weekend, the Republican Party in the US state of Texas announced that it would not recognize the results of the 2020 presidential election.