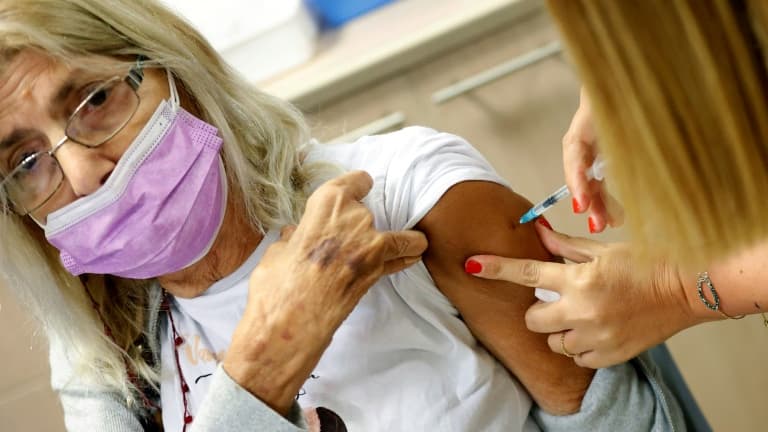 They were previously on the list of vulnerable people who could receive a third dose of the coronavirus vaccine.

Israel announced Sunday that cancer patients were ultimately not on the list of vulnerable people eligible for a third dose of the coronavirus vaccine, contrary to what the authorities had said earlier this week.

The Hebrew state on Monday began administering a third dose of the vaccine to patients with weak immune systems, including some with cancer, considering that there was a chance that patients treated with immunosuppressants “would develop not a satisfactory level of antibodies after two doses “.

But the health ministry finally reversed its decision, saying that after studying data from oncology departments on hundreds of patients, it was not “recommended at this stage to vaccinate” people a third time. with cancer.

“Almost 90% of chemotherapy patients have developed antibodies after the (two doses) of the vaccine and the antibody level remains high for several months after vaccination,” says the ministry. In addition, the vaccination could have side effects ( …) that could affect the treatment, “he adds.

Dozens of people with cancer have received a third dose since Monday, according to a spokesperson for Sheba Hospital, Israel’s largest, located in the Tel Aviv area.

The Hebrew state was one of the first countries to launch a vast vaccination campaign in mid-December thanks to an agreement with the pharmaceutical giant Pfizer which quickly supplied the country with millions of doses in return. data on the effects of its vaccine developed with the company BioNTech.

The two laboratories announced on July 8 that they would soon seek authorization for a third dose in the United States and Europe.

The European authorities believe, however, that it is “too early” to know if a new dose is really necessary, while the WHO is worried about the possibility that the generalization of a third dose will be done to the detriment of the countries whose citizens do not yet have access to vaccines.