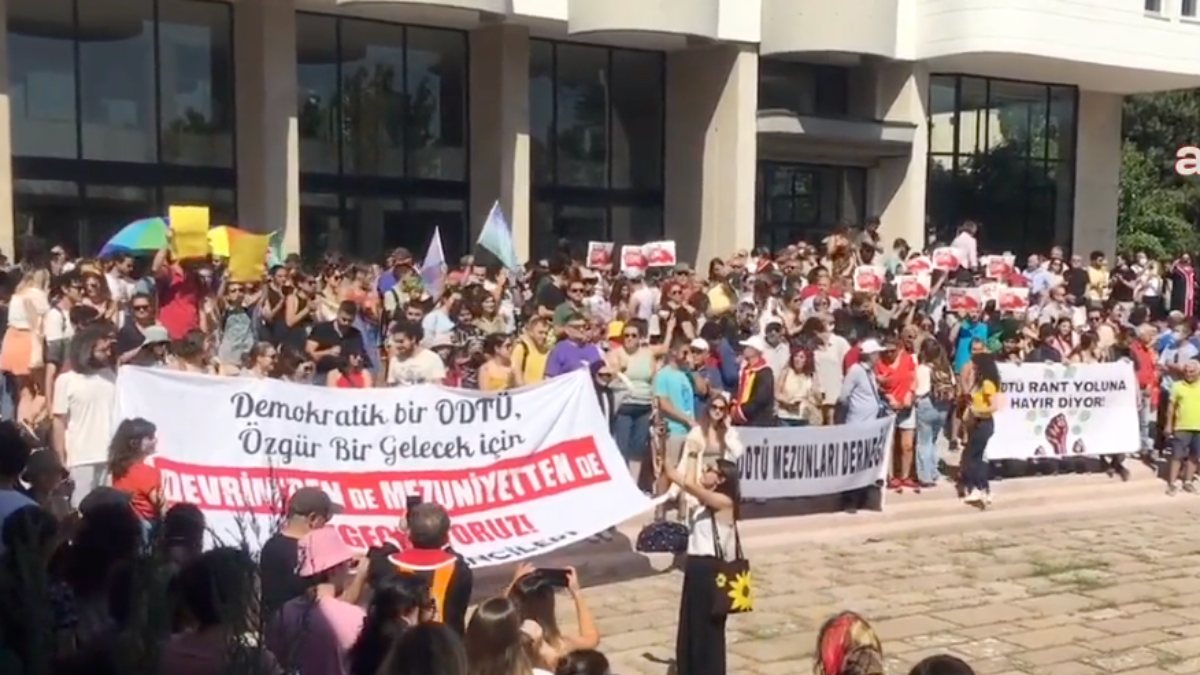 Students and graduates of METU protested the cancellation of the graduation ceremony.

The graduation ceremony, which is traditionally held at the Revolution Stadium every year at METU, has been canceled this year.

Security risk was cited as the reason for the cancellation.

The students of the university, which often came to the fore with protests, also protested this decision.

In the action held on METU Alumni Day, students and Alumni Association members marched in front of the rectorate accompanied by banners and slogans.

The students, who performed the tango show, reacted to Rector Verşan Kök with slogans and banners.

Protest of the canceled graduation ceremony at METU VIDEO

“We will make our graduation”

A spokesperson for the student group said in a statement. “Whether or not he undertakes to hold the rectorate graduation on August 6, we will hold our graduation at Devrim Stadium” said. 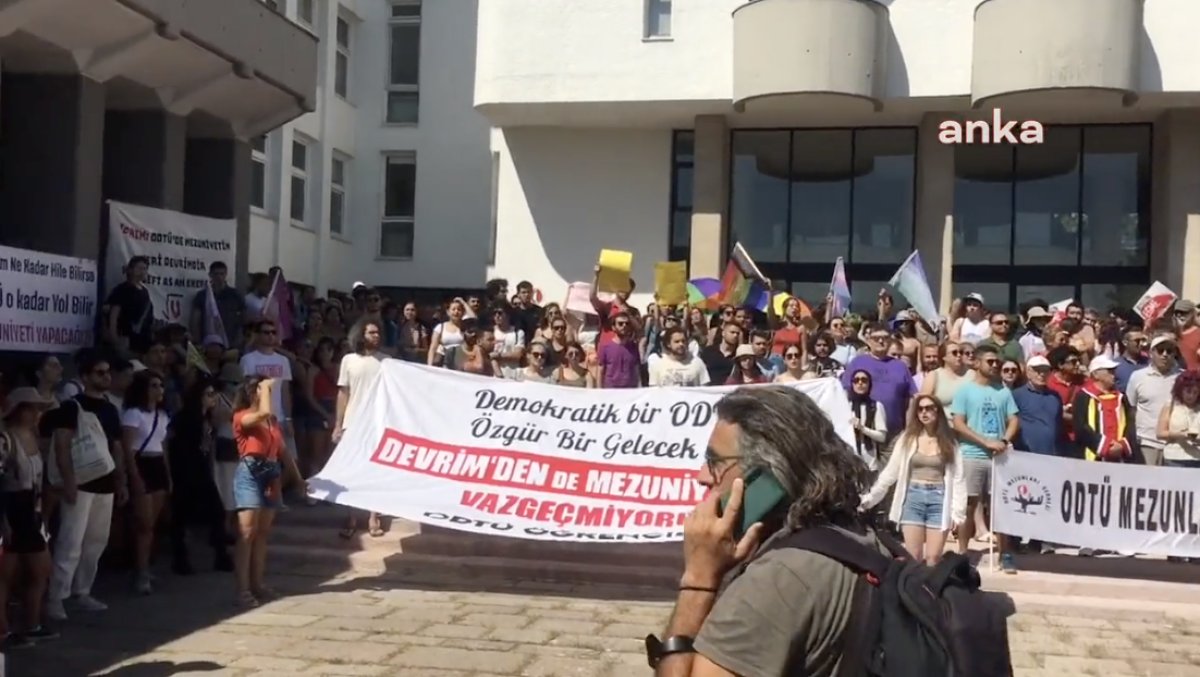 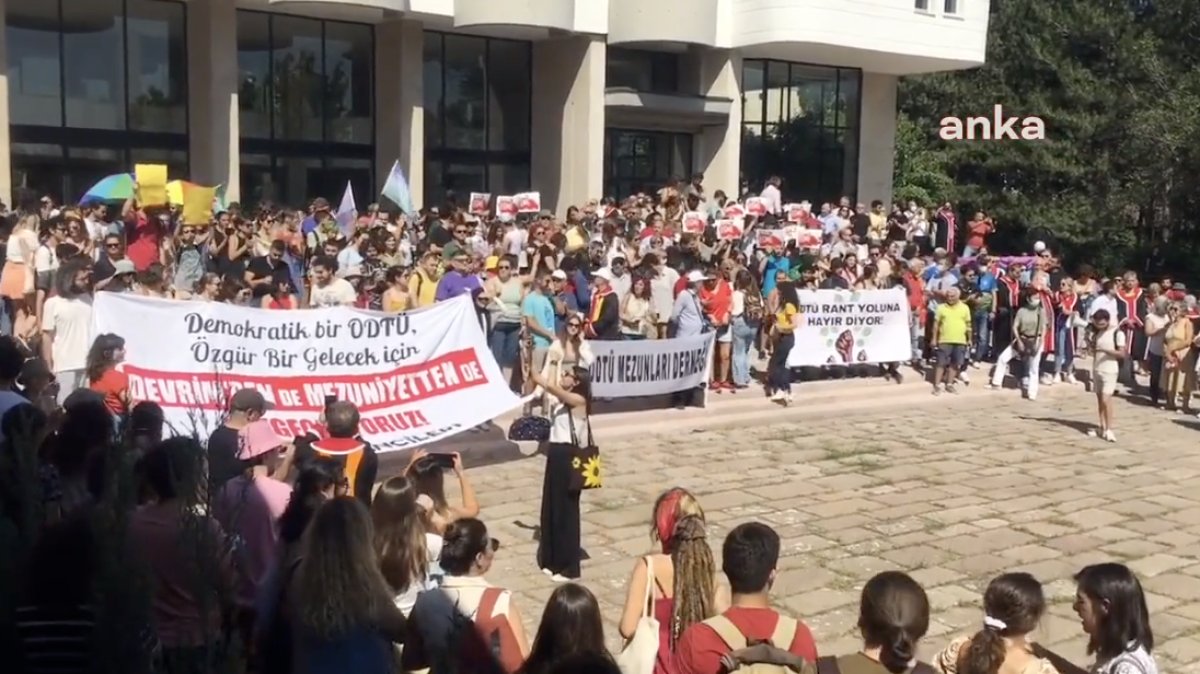