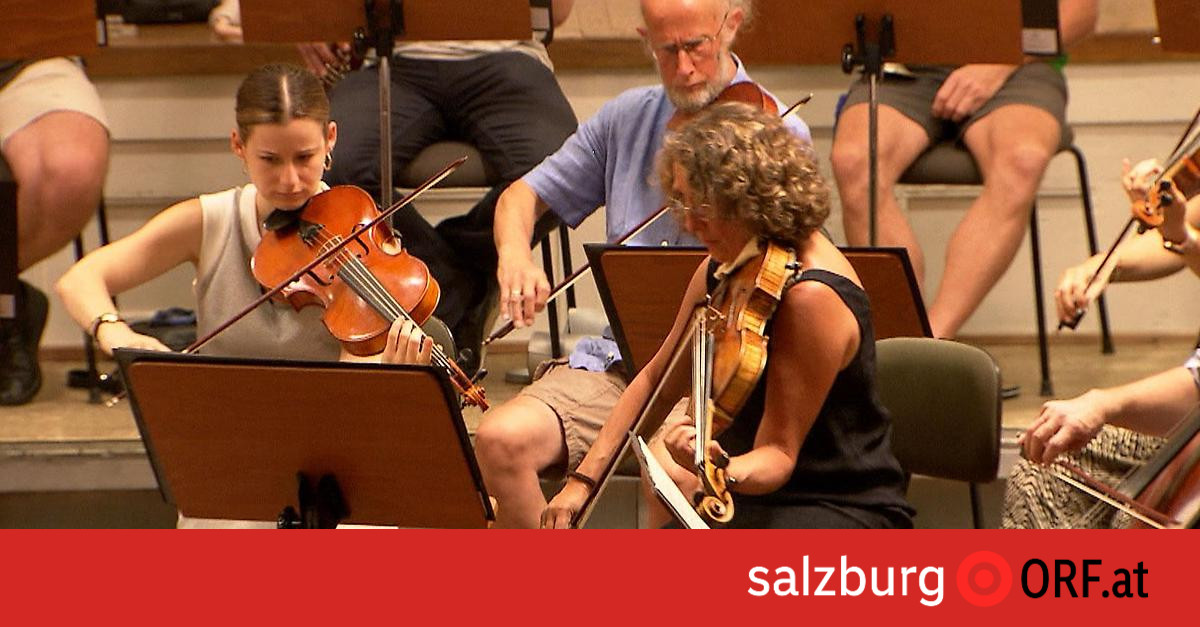 The Camerata Salzburg turns 70. The “Camerata Academica des Mozarteums”, founded in 1952 by the conductor and composer Bernhard Paumgartner, has developed over the past seven decades into a chamber orchestra that is in demand worldwide

The 43 members want to celebrate the “birthday party” in their hometown in November and reopen the converted Great Hall of the Mozarteum Foundation, the orchestra announced on Thursday.

Festival program with history and future

The celebratory concert on November 11 (repeat on November 13) also marks the start of the orchestra’s five seasonal concerts in Salzburg, at which it hopes to turn the tables. The intention is to surprise the guests with a program that has not yet been revealed. This should not only be about the past 70 years, but also about the future.

Wiener Konzerthaus as a second home

A total of 60 concerts with no fewer than 48 different conductors and soloists are in the diary for the anniversary season. The Camerata will be heard six times in its second home, the Vienna Konzerthaus. Since 1959, she has made 185 guest appearances here. Other fixtures include concerts at the Salzburg Festival (including Schubert’s Mass in E flat major conducted by Franz Welser-Möst) and the Salzburg Mozart Week.

International guest performances take the orchestra to festivals such as the Schleswig-Holstein Music Festival, the Tyrolean Festival in Erl, the Montreux Festival, the Gstaad Menuhin Festival, the Prinzregententheater in Munich, the Stockholm Konserthuset, the New Year’s Concert in Lucerne or Ludwigshafen. In addition, tours to Santander, Mallorca, Lyon, Vilnius, Eindhoven, Amsterdam, Friedrichshafen, Bilbao and South America are planned.

After its founding, the Camerata was directed by Paumgartner himself for almost two decades. Other long-standing directors were Sandor Végh and Sir Roger Norrington. The orchestra has been in charge since 2016. The two concertmasters Gregory Ahss and Giovanni Guzzo alternate as the respective “primus inter pares”.