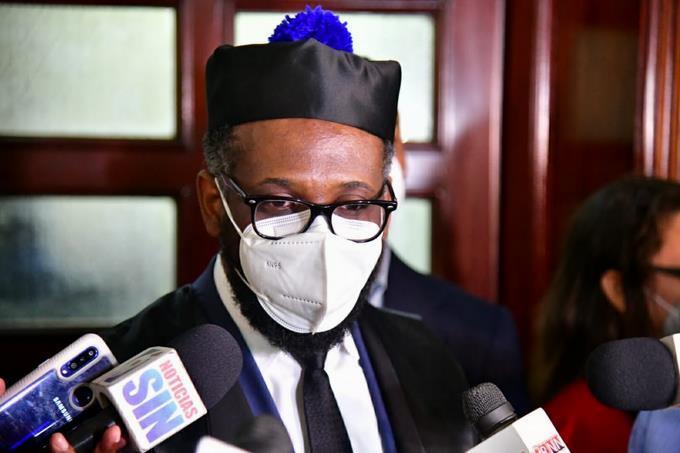 Camacho on Danilo Medina: “I do not give details about open investigations”

The magistrate Wilson Camachorepresentative of the Office of the Specialized Prosecutor for Administrative Corruption (Pepca), stated this Monday that he cannot offer statements on ongoing investigative processes, referring to a possible investigation of the former President of the Republic, Daniel Medina.

Although he did not directly mention the name of the former president, he limited himself to responding that “would not give details on open investigations”, when approached on his way out of the Palace of Justice by the media about what Mirna Ortiz, the coordinating prosecutor of the persecuting body, said about not ruling out initiating a judicial investigation against the political leader.

Likewise, he urged the population to wait for the outcome of each of the corruption cases brought before the courts, without offering further statements on the subject.

Mirna Ortiz’s statements were offered while participating in an interview on the program “El Despertador”, which is broadcast daily by Color Vision, channel 9.

In the television space, the prosecutor answered a citizen’s question about the inclusion of Danilo Medina in the accusatory file of the Anti-octopus case,

“Danilo Medina has not been questioned, we are investigating (…), the investigation of a former president has different edges, he has been mentioned in these processes because they all occurred under his management and that is why he is mentioned tangentially in these accusations,” Ortiz said.

See also  Live: Odessa attacked with missiles, there is “progress” in negotiations between the EU and Hungary on Russian oil embargo - Expresso