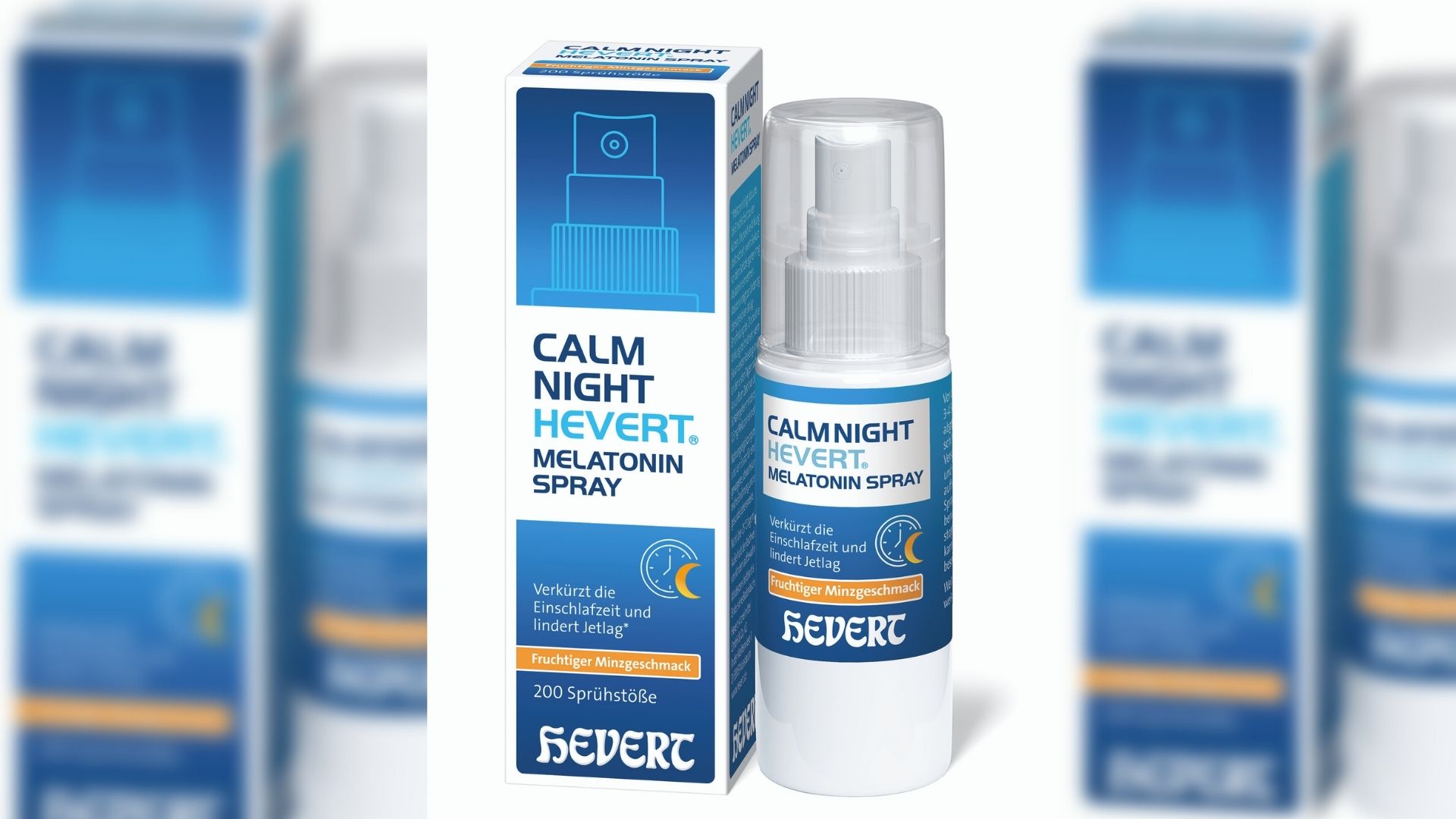 The neurohormone melatonin is playing an increasingly important role in the self-medication of sleep disorders. It is produced in the body from serotonin – mainly at night in the pineal gland in the epithalamus. Since it is responsible for controlling the day-night rhythm, it can help to shorten the time to fall asleep and reduce the typical “jetlag feeling”. There should be no fatigue or hangover effects, as it is completely broken down within seven hours.

As a spray, melatonin is absorbed directly through the oral mucosa and thus works quickly. CalmNight from Hevert is supposed to help you fall asleep faster. “The spray is not only suitable for frequent travelers, but above all for shift workers: inside,” says the manufacturer. The dosage form should also accommodate people with swallowing difficulties or absorption problems in the gastrointestinal tract.

Just before going to bed, a 1 mg melatonin spray should be given in the mouth. Mint oil, orange oil and lemon juice concentrate ensure a fruity-fresh taste. It is not recommended for children and adolescents under 18 years of age, during pregnancy and breastfeeding. The spray comes in a pack size of 30 ml and has an AVK of just under 20 euros.

In the past few months, various manufacturers have already launched melatonin as a spray: It all started in October with Dr. Theiss with the melatonin sleep spray with passion flower extract, followed by another melatonin spray with Orthomol nemuri night. In April, Hennig also launched a similar product, Melanight. In May, Procter & Gamble (P&G) launched the sleep hormone under the umbrella brand Wick in the form of soft rubber under the name ZzzQuil Gute Nacht.

Stay up to date and subscribe to the APOTHEKE ADHOC newsletter.