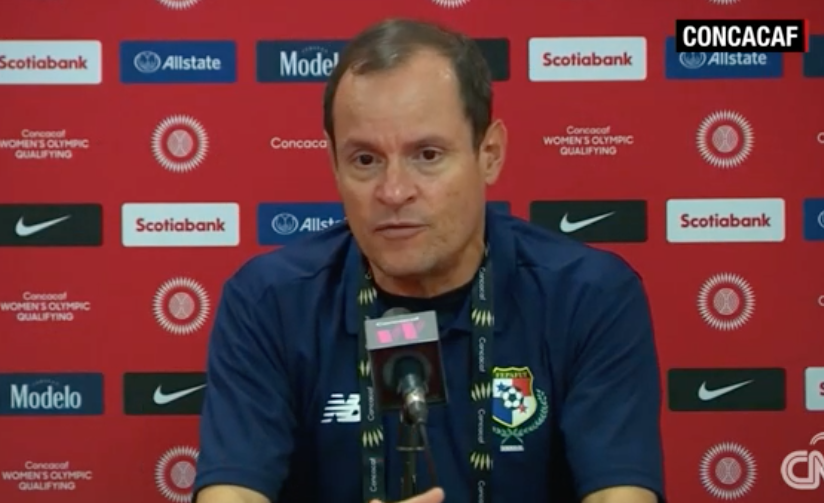 They order to capture coach Zseremeta and he defends himself 2:13

(CNN Español) — At the request of the Venezuelan Attorney General’s Office, a court issued an arrest warrant against the former coach of the women’s soccer team Kenneth Zseremeta and a member of his coaching staff, both accused of sexual abuse by several team players, reported this Friday in Twitter Attorney General Tarek Williams Saab.

On the social network, the official published a copy of the request for the arrest warrant in which it is detailed that Zseremeta and William Pino are being sought for the alleged continuing crime of sexual abuse with penetration of adolescents.

The move comes after Atlético de Madrid women’s team star Deyna Castellanos and 23 other players, all led by Kenneth Zseremeta, published a letter on Tuesday accusing the manager of psychological and sexual abuse and sexual orientation harassment.

In the same document, the players pointed to Pino as “their accomplice in all this.”

This Friday, a person who identified himself as the legal representative of Zseremeta in the United States sent CNN by email a statement attributed to Zseremeta in which he, speaking in the first person, assures that he “constitutionally welcomes the presumption of my innocence , until the opposite is proven “and that he ignores and dismisses the crimes of which the players accuse him.

In the statement, the former coach adds that what was said by the athletes are “distorting, disqualifying, accusatory and unworthy sports content.”

He assures that the letter has “as a flagrant objective of labor obstruction, psychological deterioration, and to generate in societies an act of compassion, repudiation, stereotype and criminal, with the excessive form of destruction of my professional career”.

Zseremeta also assures that “in our coaching staff and myself, we never subjected to racism or persecution, stereotypes, because of their sexual disposition.” “I am not homophobic,” he adds.

The representative of Kenneth Zseremeta also asked that “do not make or spread a disinformation that harms both parties and (the) due process.” He also noted that all communication from the former coach is handled by that law firm, based in New York.

CNN has sought to communicate directly with Pino since Tuesday for his comment and it is not yet clear whether he has legal representation.

They ask for the disqualification of Kenneth Zseremeta

This Friday, the Venezuelan Football Federation (FVF) reported in a statement that it requested international entities to open an investigation against Zseremeta and to disqualify him from his professional practice as a coach “as well as to exercise any sporting, administrative position before any team and sports club, considering that the acts committed by this subject seriously affect the human integrity of our athletes “.

According to the statement, the president of the FVF, Jorge Giménez, sent “three letters so that all possible measures are taken against the former national coach, thus defending not only the integrity of the people affected, but also the image of women. and of all those who are involved in women’s football. “

CNN is seeking Zseremeta’s response to the FVF announcement.

Zseremeta served as the head coach of the U-17 and U-20 women’s national teams until 2017. He is one of the most successful coaches of all time in a country that has not won soccer titles in the men’s category. Szeremeta’s teams won the South American U-17 Soccer Championship twice, in 2013 and 2016.