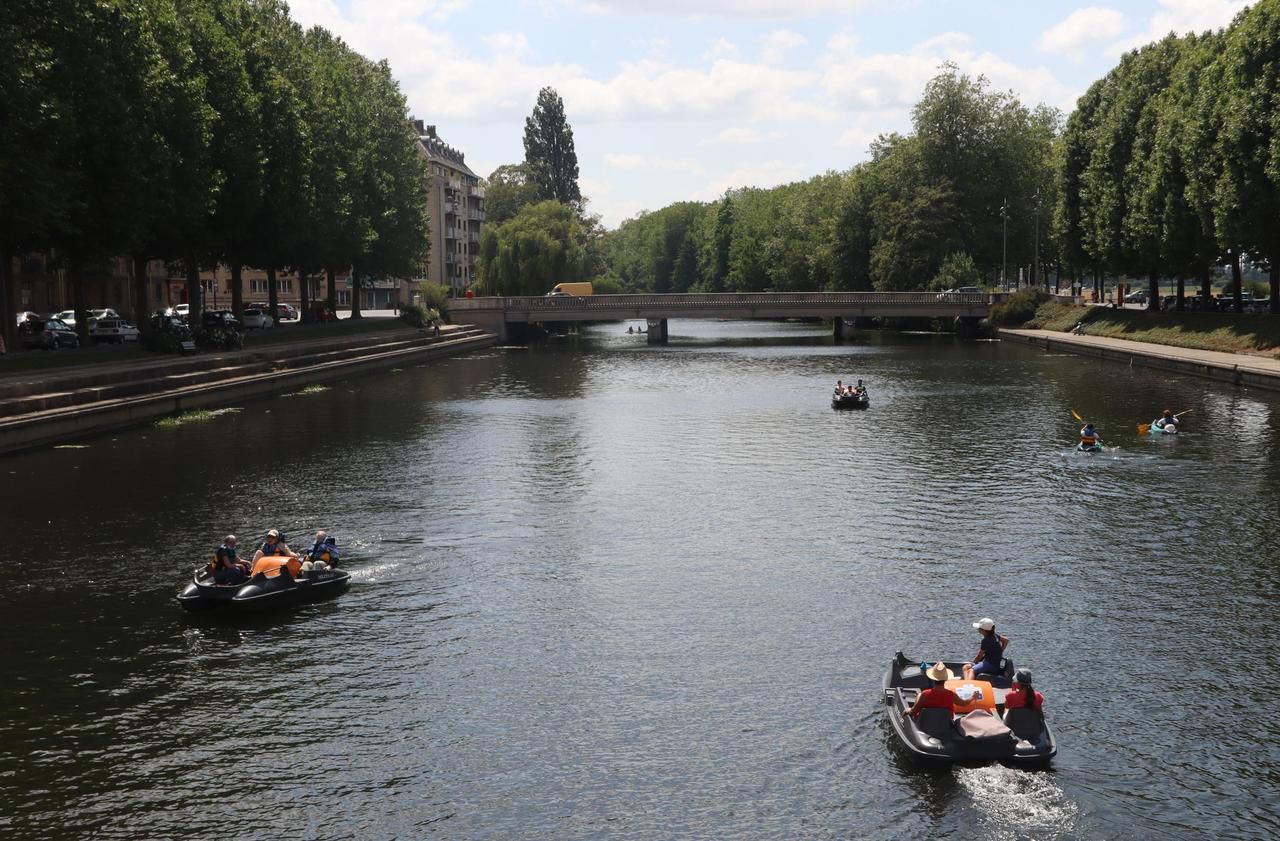 “Daddy got us stuck under the leaves”, shouts a child as he disembarks on the base pontoons. Along the Orne. This family from Falaise (Calvados) went to Caen to set sail aboard a small electric boat. A two-hour trip up the river to the south-west of the city, in the direction of Suisse Normande.

“We did not see the time pass, smiles Katarina, the mother. From the water, we rediscover the area. I saw beautiful architect houses that I did not know. »For several years, the Orne, very calm and canalized on this section, has been crisscrossed by boats during the summer months. The nautical base has been installed in the city, in Caen. But following a call for tenders last winter, a new company landed on the shores in 2020.

“We’re getting out of town quickly”

“We opened on Ascension Thursday, just after confinement,” says Clément Lecoq, the base manager. From the end of May to the beginning of June, it was July 14 every day, with a lot of people. »Dependent on the weather, the site registers very beautiful crowds as soon as the sun takes its quarters. Even if, according to the young man, “the fear of a second wave of the epidemic is playing on people. They don’t dare go out completely ”.

Never mind, about sixty boats are for rent. “Electric boats are really popular,” says Clément Lecoq. Paddles, pedal boats and other canoes complete the picture. They are available from half an hour to five hours, for a price ranging from 8 to 145 euros. On busy days, the pontoon is empty all afternoon, and the freshwater sailors greet each other as they pass each other, the mind freed from the regular automobile slowdowns visible on both sides of the river when enter town.

Picnic on the water

“It’s nice, it’s not dangerous, and we quickly leave the city to find ourselves in peace, in the countryside, with greenery”, testifies Daniel, just returned from his escapade. A family picnic, on the water, embellished with little jokes: “Yes it’s true, I guided the boat under the branches to annoy the children”, admits the father. A decidedly very natural outing.