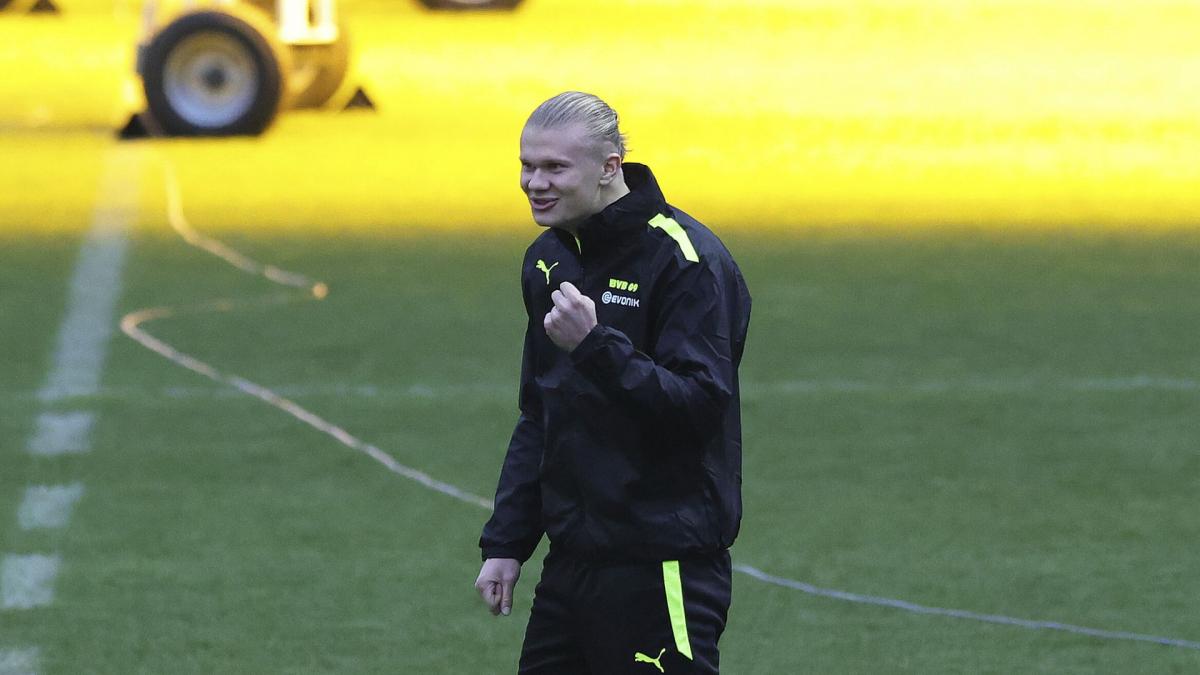 Borussia Dortmund still has to do without Erling Haaland. As coach Marco Rose announced at the press conference ahead of tomorrow’s Bundesliga game against Borussia Mönchengladbach (5:30 p.m.), the goalscorer is “no topic for the game”but have for the first time “Participated in the training”.

Marius Wolf, on the other hand, could return to the squad – unlike Thomas Meunier, who has not yet trained with the team again. Manuel Akanji will be doomed to watch for around three weeks with a torn muscle fiber in his calf.

???? Marco #Rose on the staff: “Erling Haaland is not an issue for the game against Gladbach, Marius #Wolf could become an option. Manuel #Akanji falls out for about three weeks with a torn muscle fiber in his calf. Thomas #Meunier is not back in team training yet.”#BVBBMG pic.twitter.com/VSs1Pmh0OT