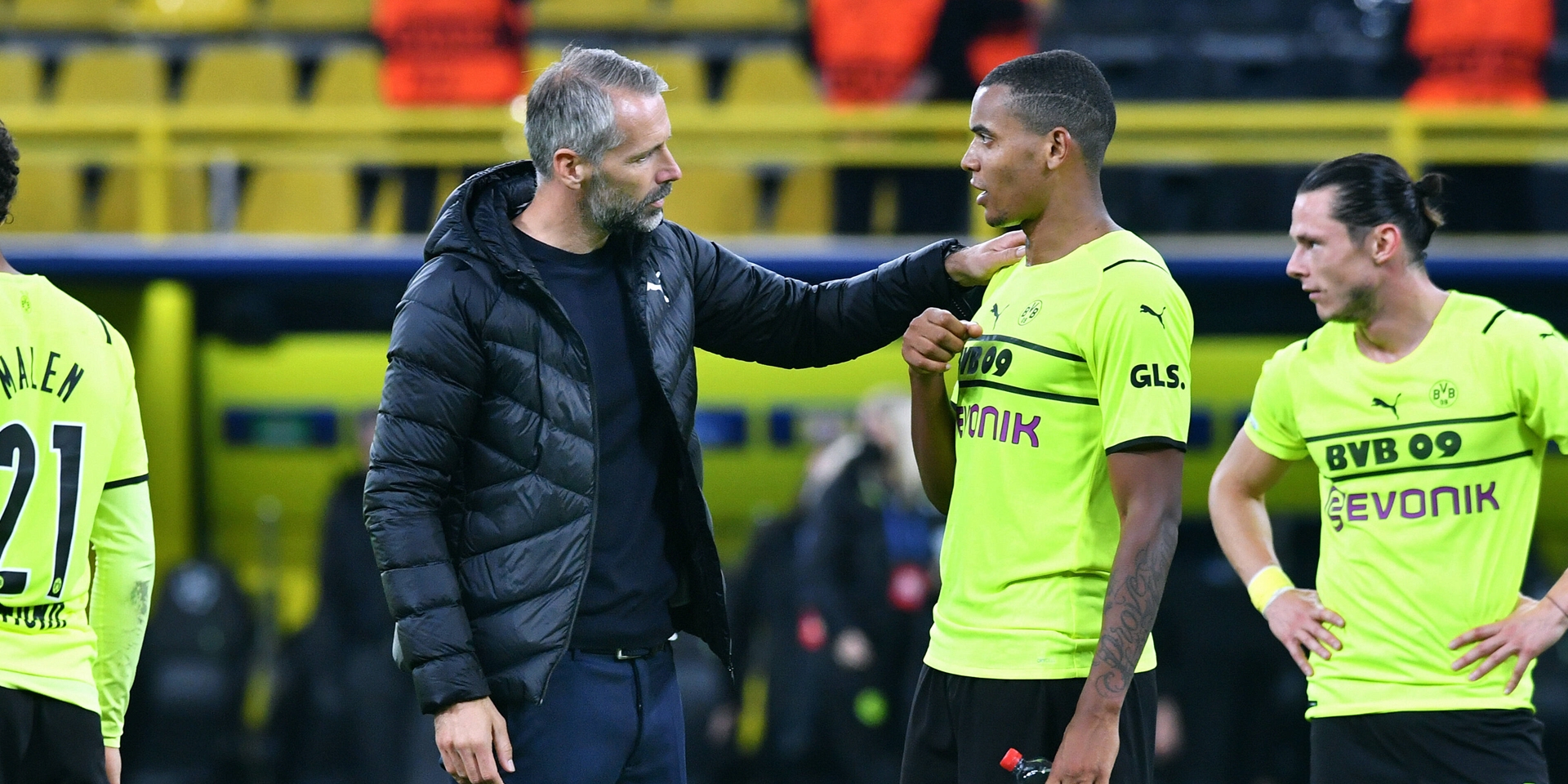 BVB opens the 19th Bundesliga match day against Freiburg. Before that, coach Marco Rose has to deal with bad news. The good news: Manuel Akanji is about to return to the squad.

This time the top game will be on Friday evening (8.30 p.m., live on DAZN). Second-placed Borussia Dortmund welcomes fourth-placed Freiburg. With a win, BVB can reduce the gap to leaders FC Bayern Munich – at least temporarily – to three points. FCB meets 1. FC Köln on Saturday.

BVB against Freiburg without Reyna and Zagadou

Although the personnel situation has eased significantly, coach Marco Rose has to digest new bad news. Raphael Guerreiro (Ruhr Nachrichten reported exclusively on Wednesday) will most likely miss the game against Freiburg. “Rapha had problems after the Frankfurt game and had little or no training so far,” explained Rose at the press conference on Thursday afternoon.

Giovanni Reyna and Dan-Axel Zagadou (both training deficits) are not yet options for the squad. Manuel Akanji, on the other hand, is likely to return to the squad after his knee operation: “He’s an option again. We’ll wait for the final training session and see how he reacts to the stress,” said Rose. Marius Wolf (after corona infection) is also available again.

BVB coach Rose: “At some point we have to do better”

The 45-year-old expects a “really difficult task” against Freiburg. They have a well-established team with clear automatisms. Of course, that is also thanks to the outstanding team of coaches led by Christian Streich.” Individual mistakes like the last-minute win in Frankfurt should be avoided as much as possible on Friday. “We have to do better, but we’ve been talking about that for a long time. At some point we have to do better – that’s a fact,” explained Rose.

The BVB press conference with Marco Rose to read:

1:21 p.m .: Marco Rose on the talks with Erling Haaland: “I’m part of the club. It’s clear: we would be happy if Erling would stay in Dortmund for a little longer. We see each other every day and also talk about some constellations. But we know the situation. When a decision is made, we will react to it or cheer because he’s still with us.”

1:18 p.m .: Marco Rose on Felix Zwayer’s break and to what extent that still concerns the team: “Of course, the game had a media impact. But we quickly checked that off. It’s a personal choice. If you work in the field, it is clear that you also have to hear and read things about yourself from time to time. I wish him a good and calm phase and then he will certainly come back and referee games.

1:17 p.m .: Marco Rose to Erling Haaland: “Of course the central defenders adapt to Erling and his style of play. They analyze him, they know which paths he takes. But we tried to adjust a few things there too. I think Erling knows he can develop in certain areas.”

1:15 p.m .: Marco Rose on conversations with the players: “If Mats Hummels makes a mistake, he already knows it himself. We analyze the games, we talk about what was good and what wasn’t. Individual mistakes are difficult to train for. It’s about trust and self-image, what I do. Sometimes you might also expect that a colleague could make a mistake. It’s the little things we talk about.”

1:13 p.m .: Marco Rose on the most important training phase: “We had a good training week, now we only have a short one. The phase between Hoffenheim and Leverkusen will be important for us. We can actually do a lot and work on content there. Getting guys like Gio back on track, hopefully Daxo will be able to play again. Then the mail goes off. Constant games, little training time. But the next stop is SC Freiburg and that will be a difficult task.”

1:09 p.m .: Marco Rose on the tactical orientation: “Putting yourself in the back or becoming more passive is not an option. We want to defend actively, and we’re certainly still in the process of that. Our left-backs still have a long way to go. But they are not unsolvable things, and also ones that we have done well enough already.”

1:08 p.m .: Marco Rose on the defensive: “We are working on the issues that we have. There are no unsolvable tasks. It’s about attention, it’s also about constellations. I have no idea how many back fours we had on the pitch. We defend very compactly, a bit better than in previous years. We don’t have any major problems with balls behind the chain. It’s the case that we allow too many big chances when we lose the ball. Defense goes hand in hand with offense. We have to be more responsible with the ball and protect better after a loss. You win games on offense, you win titles on defense.”

1:07 p.m .: Marco Rose to Erling Haaland “dry spell”: “Basically, that gnaws at Erling. He defines himself by goals. But he gave an assist and more importantly for me how happy he was in the dressing room with all of us. Of course, that also motivates him to meet again soon. He always wants to score goals and soon he will.”

1:06 p.m .: Marco Rose to the opponent Freiburg: “In Freiburg, excellent work has been done for years. Very confident and serious. A good squad is always put together as far as possible. The team seems well-rehearsed and has clear automatisms. This is thanks to the coaching team around Christian. You are very flexible. Standard situation, many crosses, good box occupation. Accordingly, they are very consistent with good results and at the top.”

1:05 p.m .: Marco Rose to the 750 spectators: “See it more with two crying eyes. Happy for everyone who is allowed to be there. It brings at least some atmosphere but actually not. If we’re talking about a stadium that can accommodate over 80,000 fans, something is missing. We want to celebrate football festivals with our fans, at home and away games. That’s completely missing. It’s been like this for a while and it’s tugging.”

1:03 p.m .: Marco Rose on the findings from the Frankfurt game: “That we have to do better. But we have been planning to do that for a long time. Overall, the performance, including the first half, wasn’t that bad. We had a very good first 15 minutes and then lost control of the game. Become clearer, fewer turnovers. It’s then about having good staggering of ball losses and reacting to them correctly. That’s the approach. We’ll have to do better at some point.”

1:01 p.m .: Marco Rose to the staff: “Manuel Akanji is an option, we are waiting for the final training. It’s been four weeks since the surgery, he’s developing well. Have to see how he reacts to stress. Raphael Guerreiro has had little or no training up to this point, Gio Reyna is on the right track but will not play a role in the squad yet. Daxo is training with the team again but will not be there just yet. Marius Wolf is fit again. There were no new failures.”

12.45 p.m .: The BVB press conference with Marco Rose before the home game against SC Freiburg starts in 15 minutes.