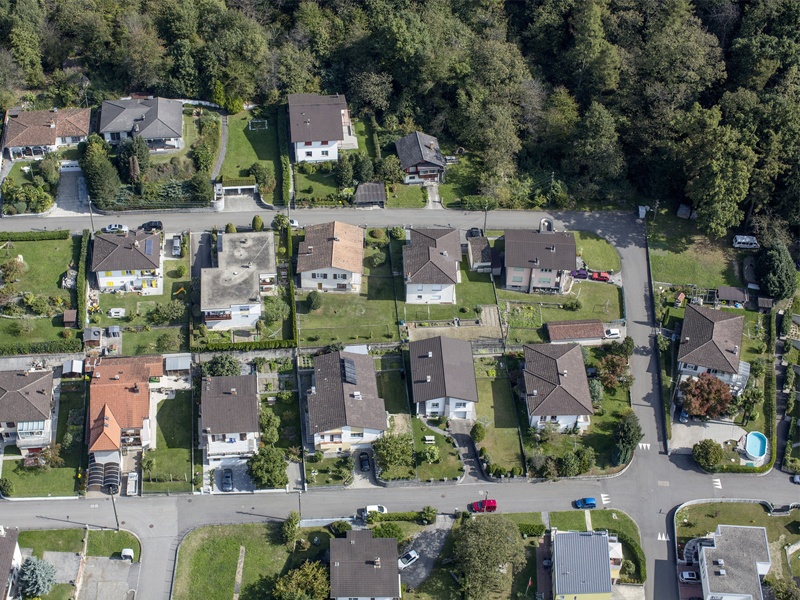 Nearly half of those questioned dream of becoming a homeowner, but many face the lack of offers on the real estate market or financing.

Rural regions remain the preferred residential environment for the Swiss population. Nearly 90% of people who have moved to the countryside want to stay there. The detached house represents, once again this year, the most popular real estate dream, especially among young people. This is what the study on the ideal accommodation 2022 carried out by MoneyPark, alaCasa and Helvetia reveals. Each year, this study scrupulously examines which accommodation is considered ideal by the Swiss population. Nearly half of those questioned dream of becoming a homeowner, but many face the lack of offers on the real estate market or financing. It is therefore not surprising that the current funding criteria are losing popularity. Those who live in the country are happy, and even more so those who own a dwelling for their own use. The desire to invest in one’s own home is important. Energy measures such as heating, photovoltaics or charging stations for electric cars are not yet among the priorities, but they are constantly gaining in importance.

The detached house is, once again, the most popular real estate dream in Switzerland. The highest value (64%) is found in people aged 25-30. And ideally, this house is located in the countryside: with 48% of favorable opinions, rural areas remain this year again the most popular place of residence. Almost 90% of people who have moved to the countryside want to stay there in the future. The situation is quite different for the urban population, where only 65% ​​of respondents consider their current living environment as their preferred place of residence. Financial reasons are the obstacle most often cited (40%) for refusing to move. And despite the increase in telecommuting, commuting to work still ranks second among these obstacles.

The choice of accommodation mainly depends on the costs and the outdoor spaces, not the possibilities of telecommuting

The most important criterion in choosing an apartment or a house remains the cost of housing, followed by outdoor spaces. The newly integrated criteria, such as a separate room dedicated to telework or ecological factors, are only very rarely mentioned as being decisive, even if almost half of the people questioned consider them all the same to be at least important. The possibility of charging an electric car, services or luxurious amenities have almost no influence on the choice of accommodation.

In terms of location, the ideal property should be quiet (66%) and close to nature (66%). In addition, it must be well served by public transport (51%). On this point, there is little change compared to last year. The neighborhood is considered particularly important by 41% of respondents, which propels this criterion into fourth position, two places more than last year. Finally, the proximity of a medical care establishment also gains a place to the detriment of the proximity of a crèche or a school.

The desire to become an owner is still very present, but it most often comes up against a lack of offers and financing

Almost half of the respondents (46%) would like to own (another) property. And this desire has been further reinforced among young people compared to last year. This is particularly true among people currently renting: 62% of them dream of buying a home. However, for many, the scarcity of supply (58%) and high prices (49%) are obstacles to this project. Added to this are strict financing criteria, which are supposed to prevent an overheating of the real estate market, but which are increasingly criticized. In fact, 50% of those questioned believe that the criteria in force no longer correspond to current reality and believe that it should be possible to buy even with lower incomes. “Property prices have risen sharply in relation to salaries, which, combined with strict financing rules, means that new buyers cannot now buy their first property until they are 44 years old. Couples and young families are thus denied access to property for reasons linked in particular to the financing system,” explains Martin Tschopp, CEO of MoneyPark.

Living in the countryside makes you happy, owning even more

Those who already own a home are happy. Two-thirds of owners say they are very satisfied, compared to only one-third of tenants. This degree of satisfaction is to be correlated with the cost of housing: if two thirds of the owners allocate less than 20% of their income to their housing, this is the case only for a third of the tenants. The study also shows that residents of rural areas are significantly more satisfied with their current living environment (58% say they are very satisfied) than residents of towns and cities. (45% and 41% respectively). Moreover, the degree of satisfaction is much higher in German-speaking Switzerland (53%) than in French-speaking Switzerland (40%), with maximum values ​​recorded in eastern Switzerland (61%) and minimum values ​​in the Lake Geneva region (39 %).

See also  The cryptocurrency of Star Atlas, a game based on Solana's blockchain, rises more than 11,000% in two days of trading

The higher the degree of satisfaction, the less you want to sell.

The owners of a dwelling for own use wish to keep it. Indeed, only 3% of owners surveyed want to sell their property in the next three years. And 15% expect the sale within four to eight years. If we look at the different age groups, we see that sales intentions come mainly from owners under 40 (24%) and retirees (23%). The main factor holding you back from selling is the degree of satisfaction with your current real estate situation (73%). The desire to pass on their home to their family (31%), emotional attachment (30%) and the presumption that the value of the property will continue to increase (16%) also push respondents to keep their home.

More than a third of respondents (37%) would rent out a property they inherited and another small third of these people (29%) would live there themselves. Just under a fifth (19%) would opt for a sale. “The appeal of real estate as an attractive investment is well known among individuals. This is how the buildings inherited are often rented out and not sold, which further reinforces the shortage of the supply of owned accommodation,” explains Roman H. Bolliger, CEO of alaCasa.ch.

Since the outbreak of the coronavirus pandemic in early 2020, almost half of the owners surveyed (47%) have invested more than CHF 10,000 in their home. One in five (20%) investments have been impacted by the pandemic, either because home has become more prominent or because virus restrictions have made it possible to save money and invest in his accommodation. Investments, whether made or planned, clearly show that private outdoor spaces have grown in importance: no other area has seen as much investment as the garden or outdoor space (32% ). Bathrooms (28%) and kitchens (27%) take second and third place, followed closely by painting and plastering (26%) and new flooring (25%). And it’s not over: 54% of owners plan to invest considerably in their home over the next three years. However, this can no longer be explained so much by the pandemic, which is now only the cause of 7% of the planned investments. On the other hand, there has been a strong increase in photovoltaic installations, which have risen from 9 to 17%. Likewise, there is an increase in projects for the installation of charging stations for electric cars, renovations of facades, new windows and doors as well as investments in heating, ventilation and air conditioning.

“Investments in owned accommodation are a prime example of the importance of a comprehensive review of home ownership, insurance and pension provision. These investments can be used to increase the value of a property, or simply to have fun as an owner. And work that preserves the value of the property also offers tax advantages since these costs are deductible from taxable income. But in the end, since the amount invested is no longer available in cash, you have to think about retirement planning, for example. And of course we recommend after any major investment to check the insurance – whether it’s a photovoltaic system or a new garden shed,” emphasizes Ralph Jeitziner, Head of Swiss Distribution at Helvetia Insurance.

Green mortgages are attractive, but knowledge is lacking

It remains to be seen whether reliance on fossil fuels, a hotly debated topic these days, will lead to a new surge in investment in energy measures. Today, only 7% of homeowners surveyed have a green mortgage or an equivalent reduction in mortgage interest rates. Nearly a fifth of homeowners surveyed (18%) do not know if their home meets the criteria for a green mortgage. Only 11% of them declare that their property is eligible. Among these people and all those who already have a green mortgage, 63% would (again) choose this type of mortgage in the event of an extension.

About the Ideal Housing Study

The ideal home study by MoneyPark, alaCasa and Helvetia Insurance is the largest independent study on the satisfaction and wishes of the Swiss population with regard to housing conditions. Since 2015, this study examines once a year the concrete aspects of “ideal housing” in Switzerland. 1001 people residing in Switzerland were interviewed in a representative online survey in February 2022.