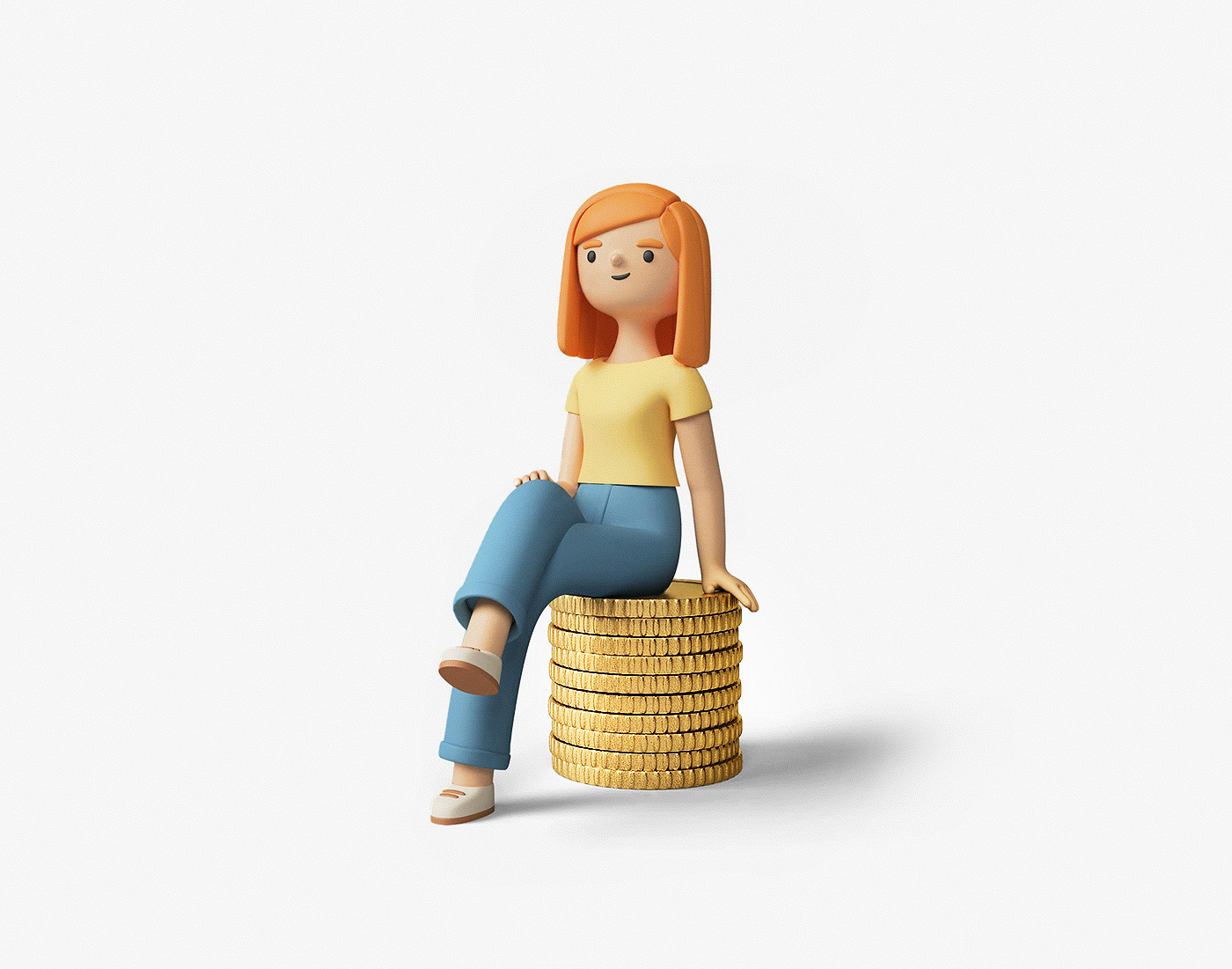 Buyers don’t have money? I have money, I don’t want to spend it

The advantage of experience is that each crisis is perceived through the prism of what has already happened, you can pick up analogies and, with a certain amount of corrections, apply them to the present. One of the stereotypes that I constantly hear from the lips of completely different people sounds like this: we have a poor population, they cannot afford the minimum benefits. Reasoning from a series of old women rummaging through the garbage dumps, who survive as best they can, have no means of subsistence. In a crisis, the harmonious chorus of those who write that the economy has failed and there is no money sounds much louder. Between “no money” and “purchasing power has decreased” there is a huge gulf that cannot be bridged, but most importantly, the reality is very different from the stories of citizens living on garbage cans.

To begin with, Russia has always lived richly, and it is precisely the whole country, and not just Moscow. It is very difficult to accept and realize this moment, it contradicts the stereotypes that have always been drummed into our heads. You can deny the official statistics, but the data on the electronics market speaks for itself, and very eloquently. Until March of this year, Russia was the largest market in Europe, the share of flagships in sales was several times higher than in all CIS countries, as well as in the “prosperous and rich” Baltic states. Higher than in Germany, which is considered the largest economy in Europe. The average price of a sold smartphone and any other electronics was also higher than in Europe. And here a logical question arises: what is poverty in the understanding of our fellow citizens and what is the comparison with? There are poor people everywhere, in the same America, 14% of the total population is poor, which makes up about 50 million people. And they cannot afford expensive smartphones or full-scale communications; they become participants in various social programs of the state.

In this crisis, I very often see the substitution of concepts, pictures of the apocalypse are drawn, in which people stopped going to electronics stores and buying equipment. And then there is a conclusion that people “have no money”, and then the usual chain of events unwinds, at the end we are waiting for a trash can.

If you look at the electronics market, then in the second quarter it sank heavily, the same smartphone market fell by about half year-on-year in unit terms. In money less, as the average price of devices has risen.

It seems that the halving of the market is the best demonstration that there is no money, people have reduced their spending. But is it? In 2008, and that crisis is the closest analogy to today, exactly the same thing happened. Let me remind you that then the cost of the flagship was about 20-22 thousand rubles (about a thousand dollars). We can recall such a model as Sony Ericsson W980, a fashion clamshell.

The market reacted to the weakening of the ruble in the usual way, at first sales of all equipment grew, and then a long period of cooling followed, demand remained minimal and was supported only by necessary acquisitions. In 2014, everything happened exactly according to the same pattern. From each crisis, you can make a pattern – a collapse in the exchange rate, a rush in demand for equipment, then several months of very low demand. Fixing a new level of demand at a low level and gradually increasing it. On average, it took about two years to reach the previous level of sales. At the same time, prices increased in proportion to the change in the exchange rate. So, until 2014, the flagship cost about 30 thousand rubles, then it began to cost 50 thousand rubles, then to go to the level of 100 thousand rubles. And every time there were exclamations that we are poor and unhappy, there is no money in the country, and prices are prohibitively high. But the sales of these flagships showed exactly the opposite, they grew year by year. Of course, we can assume that loans and installments did their job and people bought the same iPhone for the last time (February 2022, the share in unit sales is 17%, and these are the most expensive smartphones on the planet). But this moment looks, frankly, doubtful, if you really have nothing to eat, then you won’t think about the iPhone. As well as sales in all other price segments showed the relative well-being of the country’s inhabitants.

This time everything turned out differently, and not only for Russia, there is a global crisis in the yard, a drop in sales, and we are constantly talking about this. Moreover, the ruble did not sink, but parallel imports intervened, which raised the cost of goods.

Analogies with previous seasons are impossible, but it is quite possible to measure the level of people’s anxiety. And here we are faced with the fact that it is uncertainty, anxiety for the future that force buyers to reconsider the consumption of goods, what they purchase. And this applies to a very wide range of goods, from food to electronics. People are reviewing their budgets in favor of reducing unnecessary spending, saving money. Expectations for the future are disturbing, hence more rational consumption. And if quite recently the purchase of a brand new iPhone looked like a win-win option for demonstrating an imaginary status, now it no longer plays a role. More important is how much money you have and what you can afford.

The savings are huge, a reflection of how rich the market was and how we lived before. What can you do without buying something as optional as an iPad? The tablet today is a luxury, not the most necessary product, which can be seen from sales around the world. Let’s count together and take the regular 2020 iPad Air as an example, its prices start at 50 thousand rubles.

For this money, you will buy a computer with the same screen size, and perhaps it will even be touch-sensitive! But you can simply refuse the tablet, the phone and the computer will successfully replace it for you. In total, it turns out that there is already a hidden reserve of savings. I am sure that sales of tablets will decline, corporate users will still need them, artists, in a word, they will be applicable where they are convenient and have no alternatives. I did not take the iPad Pro for reasoning, since prices there start from 100 thousand rubles.

Okay, let’s take a look at the iPhone and its sales. They fell three times in Russia in piece terms. There is also the fear that blocking is possible (as it seems to me, these fears are in vain), and the lack of an easy way to buy applications, and so on. The average cost of the iPhone 13 Pro is about one hundred thousand rubles. Chinese smartphones of similar capabilities cost at least half as much. We take the same Samsung, the difference is 30-35 percent. And then you inevitably become rational, since there is no point in overpaying for the iPhone, this is a luxury product.

One of Apple’s most popular products has always been AirPods, the exorbitantly priced wireless earbuds that consumers love so much. Also a sign of status and the ability to buy something from Apple, even if you have Android. The sound of Apple headphones is far from ideal, inexpensive Chinese “ears” sound comparable or even better. And what happened in this crisis? People have become rational!

Why buy AirPods Pro for 15-16 thousand rubles (basic package), if there are Galaxy Buds Pro half the price or Huawei / Honor headphones and other decent Chinese ones at a price three times lower? And at the same time they give more opportunities, better sound. Suddenly, people became rational, began to count the money in their wallet.

A kind of paradox arises – we see that people are saving, their consumption is decreasing to some extent, which is proved by the numbers. But here there is a simple redistribution of the budget, the market will return to its previous volumes in 1.5-2 years. But here the price segments will change a lot. I remember the saying “while the fat one dries, the thin one dies.” The wealth of the Russian market leads to the fact that buyers, changing their behavior, becoming more rational, support sales. Those who focused on luxury are more likely to lose, as the time of dolce vita passes for all countries of the world.

Horror stories “sell” themselves well, we are used to believing in the bad, this is part of our worldview. And part of what makes us human. Anxiety in turbulent times is also easy to explain, it is easier to believe that everything is lost than that the market is straightening out. The market will be able to recover in 1.5-2 years, cleansing by the crisis is very useful for it. But it is extremely difficult to accept that now there is no horror-horror situation. After all, then it turns out that reality looks different than we imagine it to be.

The electronics market is not just living, it is developing. There will be a reduction in retail, the death of players who have been on artificial life support for many years. And this is a normal development of events. But the death of this market is greatly exaggerated, as well as the lack of money among the population of Russia. Sales in August prove it, they have grown a little more compared to July. And since 2008, I have been waiting for the collapse, when everyone will go to beg and look for food in the trash, but this moment does not come, and the global crisis for our country is again transferred to some distant future.