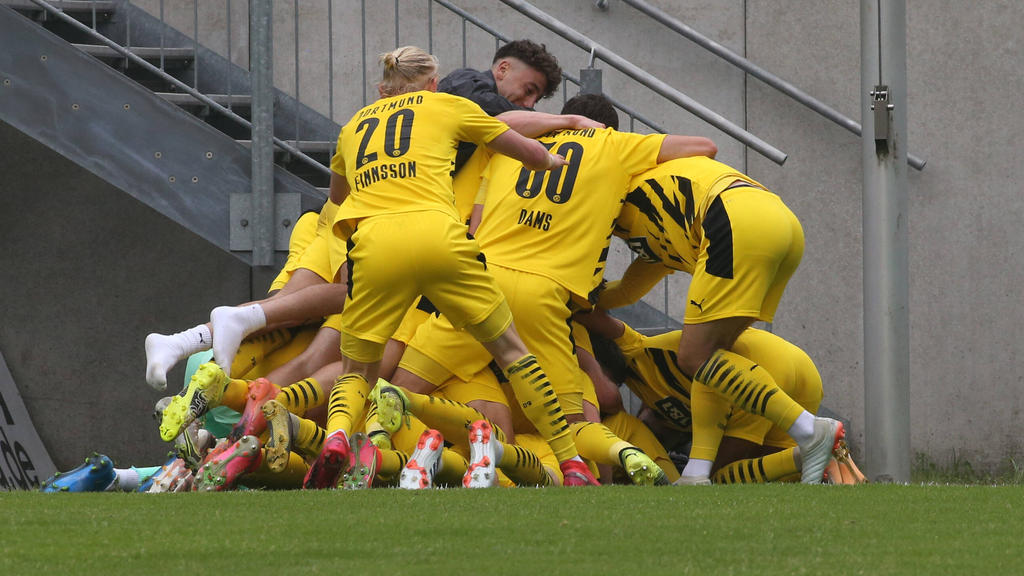 In terms of sport, Borussia Dortmund’s U23 has made it to the third division. However, BVB still has to worry about an objection from competitor Rot-Weiss Essen. Now there are new insights into the decision that will be made at the green table.

In the end it was a head-to-head race in the Regionalliga West: The second BVB team collected 93 points in the 40 season games of a real mammoth season, 90 the only serious competitor Rot-Weiss Essen.

Only on the last day of the match did Borussia clear the championship with a 2-1 win at Wuppertaler SV – at least for the time being. Because BVB is still threatened with legal repercussions, which in the worst case could prevent promotion to the 3rd division.

Did BVB have too few players available?

Background: Both RWE and relegated SV Bergisch Gladbach 09 have appealed against the rating of some of the games of the new title holder.

Specifically, it should be about the Dortmund games at SV Rödinghausen (0: 0), against Bergisch Gladbach (3: 1) and at SV Straelen (3: 1).

They had all been postponed because BVB stated that there were no longer enough players available due to several corona cases in their own team. According to media reports, RWE doubts this and chose the route through sports jurisdiction.

The verdict will probably be in favor of BVB

With their objection and ultimately also with the legal battle for the regional league championship, the Esseners have “no real chances of success”, according to “Reviersport”.

Accordingly, neither the BVB nor the West German Football Association, which will decide on the appeal on Wednesday evening from 6:30 p.m. in the Duisburg-Wedau sports school, is aware of any guilt. The official verdict is expected for Thursday, Friday at the latest.

Then Essen and Bergisch Gladbach would still have the opportunity to address their appeals to the next higher instance, the Association Court in Duisburg. Whether the clubs would do that is open.