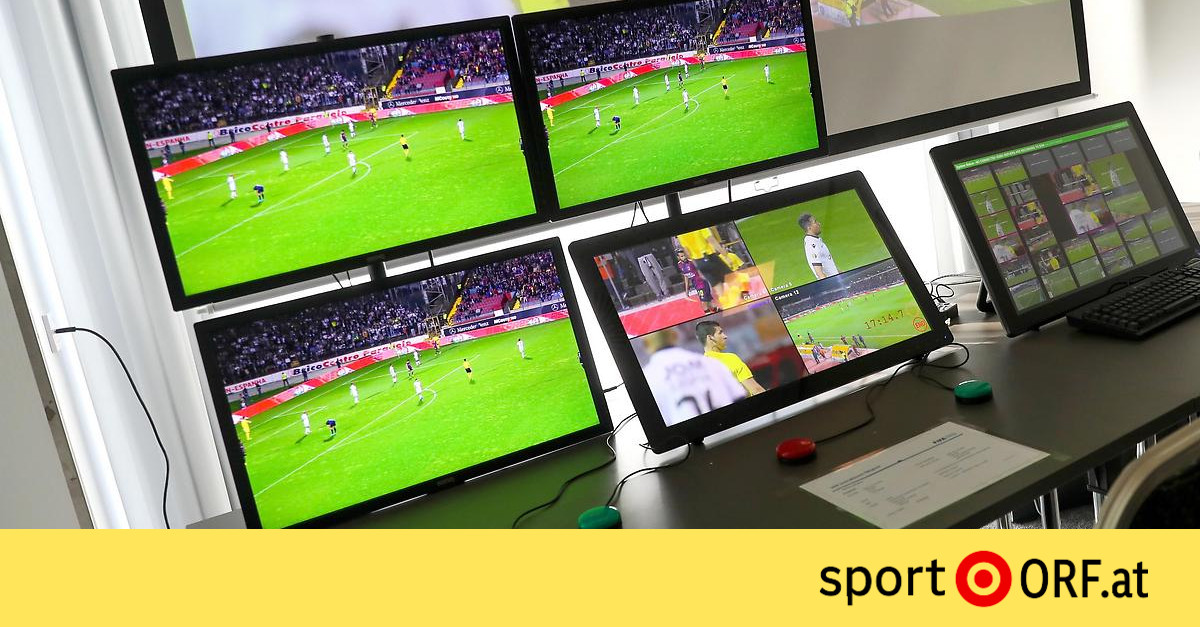 From July 23, when Sturm Graz receives champions Red Bull Salzburg at the start, the video assistant referee (VAR) and his assistant (AVAR) will also be part of the regular cast of a game in the top Austrian division. In addition, there is a replay operator who operates the levers in the VAR room in Vienna and has to quickly feed the required images to the control specialists.

The VAR will not only take part in all Bundesliga games, but also in the final of the ÖFB Cup. The implementation costs of around one million euros are borne by the ÖFB, while ongoing operations are borne by the Bundesliga with around 1.5 million euros per season. Association boss Leo Windtner spoke of a big and important step for Austrian football. The ÖFB referees should gradually reconnect internationally.

With some innovations, the Bundesliga will start the season in one and a half weeks. For example, the stadiums can be almost full again and the referees receive technical support.

The start should actually have taken place at the beginning of the spring season 2021, but the Covid-19 pandemic caused the mandatory training courses to be postponed from mid-March to the end of June 2020.

The operators have no direct reference to refereeing; they were trained in a six-week program by the technical provider Hawk-Eye. The VAR staff, on the other hand, is initially made up of referees from the Bundesliga and the 2nd division, with 13 VAR duos in Austria at the beginning.

In most cases, six cameras from league partner Sky deliver the raw material to Hawk-Eye, while hits are expanded to up to eleven cameras. The signals are then sent to Vienna using fiber optic cables, processed there and sent back to the stadium from the video center for possible checks on the lawn. Graphics are also fed into the live image via an app in order to provide quick and transparent information about the VAR intervention. The process is also displayed on the video monitors in the stadium.

Tasks and use of the VAR

Andreas Holzer, who is responsible for the implementation as a project manager at the Bundesliga, recently noticed one thing during the many test runs: “Time management is extremely important. The referee and VAR and operator have to communicate very quickly and precisely. “

The whole point of it all is to be able to correct the most blatant wrong decisions immediately on the pitch. Just as an airbag only opens in a crash, the video referee should only intervene in an emergency.

There can only be a very limited number of Austrian routes. “Essentially, everything is dictated by the IFAB (International Football Association Board, note). You can’t say, for example, that I’m going to check the corner too, ”explains Holzer. What you can play with is the intervention threshold, from which the referee decides whether the incident should be investigated.