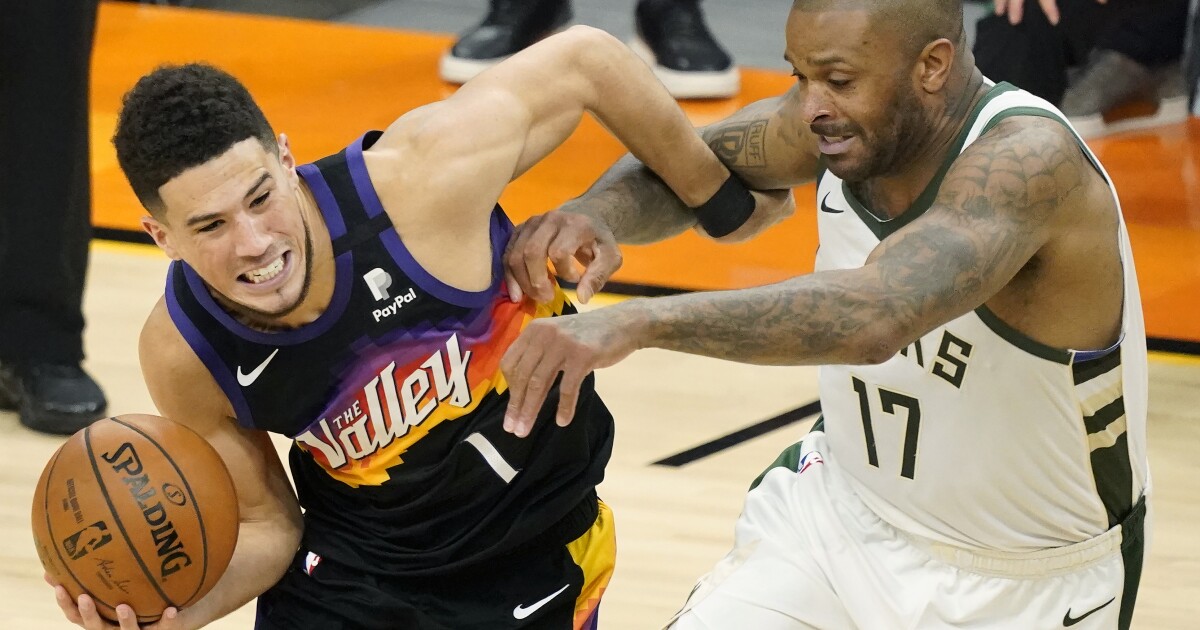 Up high outside the Fiserv Forum – well beyond even Giannis Antetokounmpo’s reach – the Bucks’ postseason slogan echoes.

“History in the making,” says the poster and a situation that now seems impossible to ignore.

It’s what the Bucks are trying to complete.

Of course Tuesday could make history if Milwaukee wins the first NBA championship since 1971. But the Bucks have been reluctant to think about what would happen if they beat the Phoenix Suns in Game 6.

“It’s complicated because you work hard to get to this moment and it’s tomorrow,” Antetokounmpo said Monday. “It’s hard not to get ahead of yourself. But this is the moment when you need to be more disciplined. “

The Bucks have won the past three games to leave open the possibility of a party that has 50 years in the making.

17,000 fans are expected to attend the arena and on Monday the Bucks announced that the Deer District will expand to allow 65,000 fans to stand shoulder to shoulder outside. There are fences around the arena and the restaurants that are within walking distance were wondering how they will make their employees come home from work with all the fans.

It’s a scene that they could possibly have had the entire season had it not been for the coronavirus pandemic. The Bucks began allowing limited audiences to games in February, two months after the season began. Even when they started playing the postseason in May, the capacity was limited to 9,100 fans, just over 50%.

Whatever number it is on Tuesday, it will get louder if the Bucks lift the Larry O’Brien trophy.

“But we must focus, we have a job to complete,” Antetokounmpo warned. “Then they can do their job celebrating at the end. But we have to do our job first. “

The Suns are also excited.

This is how Chris Paul says he feels, even though they let go of a 2-0 series lead and face elimination for the first time in the playoffs.

“Something that the coach and the rest have been saying: if you go to the start of the season and we say we had a chance to be in this place, would you take it? Of course, ”Paul assured.

If the Suns win on Tuesday, the series will return to Phoenix for Game 7 on Thursday.

To do this, they will have to repeat the fight they did in Game 5, when they had a chance to win in the final seconds after the Bucks scored 79 points in the second and third periods to reach a double-digit lead.

But they came up short after Jrue Holiday stole the ball from Devin Booker and fired an overhead pass to Antetokounmpo, but coach Monty Williams has recognized the stamina they will need now more than ever.

“For us to cut it down to one point, you know what stood out for me and it gives the team and staff a lot of confidence before Game 6,” Williams said.

The Bucks ended all three playoff series on the road. Now they have a chance to win the most important in their own home and they know that that will not make it any easier than in other opportunities.