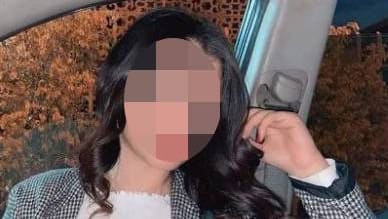 Femicide in Egypt on Monday shook the Arab world. As “CNN” reports, Naira A. * († 21) was stabbed by a man whose advances she rejected. And that in broad daylight.

According to Egyptian prosecutors, the suspect was arrested outside Mansoura University in northern Egypt. The tragic incident is said to have happened there – A. studied at this university.

Footage from a surveillance camera located nearby is said to show the crime. The video circulated throughout the Arab world this week. The lawyer for the young woman’s family confirmed to “CNN” that the recordings show the killing of her naira.

According to the Egyptian public prosecutor’s office, the alleged perpetrator has to answer for intentional killing. The first court hearing took place on Sunday. The US television station was unable to reach the suspect or his family for comment.

The young woman had rejected several of the perpetrator’s marriage proposals, as A.’s father says to the television station. He also stalked her and created fake accounts on social media to follow her. “She didn’t want to get married, she wanted to pursue her career. A. wanted to be a flight attendant,” said her father. A. finally applied for a temporary injunction in April.

According to Egyptian women’s rights experts, gender-based violence is widespread in the country. Social and legal inadequacies would aggravate the situation.

See also  The Ministry of Defense of Ukraine reacted to the idea of ​​a march of cadets in heels: Ukraine: Former USSR: Lenta.ru

In addition, there would be a lack of data because the state does not properly document such incidents, according to Darwish. Monthly, however, one reads about abuse in the news. “We see patterns that are alarming,” the expert continues.

According to Darwish, the victim and her family would have taken all measures to protect the young woman – in vain. “The whole system – whether social or legal – has failed.”

“Women must cover themselves completely”

However, not all reactions to A.’s death were positive. Some also blamed the young woman for the killing.

So does the controversial former TV presenter Mabrouk Atteya. He commented on social media as follows: “Women and girls should cover themselves. If you feel your life is precious, leave the house fully covered to deter those who want to kill you from slaughtering you,” Atteya said in a live stream.

His statements caused outrage on social networks. It was so big that it even launched a campaign calling for the moderator’s arrest.

Despite laws, there is a lack of enforcement

Despite progress in Egypt’s legislation on sexual harassment, Darwish said there was still room for improvement, particularly in terms of police and community enforcement.

In June 2021, the state tightened the legal situation. The fines are now higher and the prison sentences have also been extended, as reported by state media. (dzc)