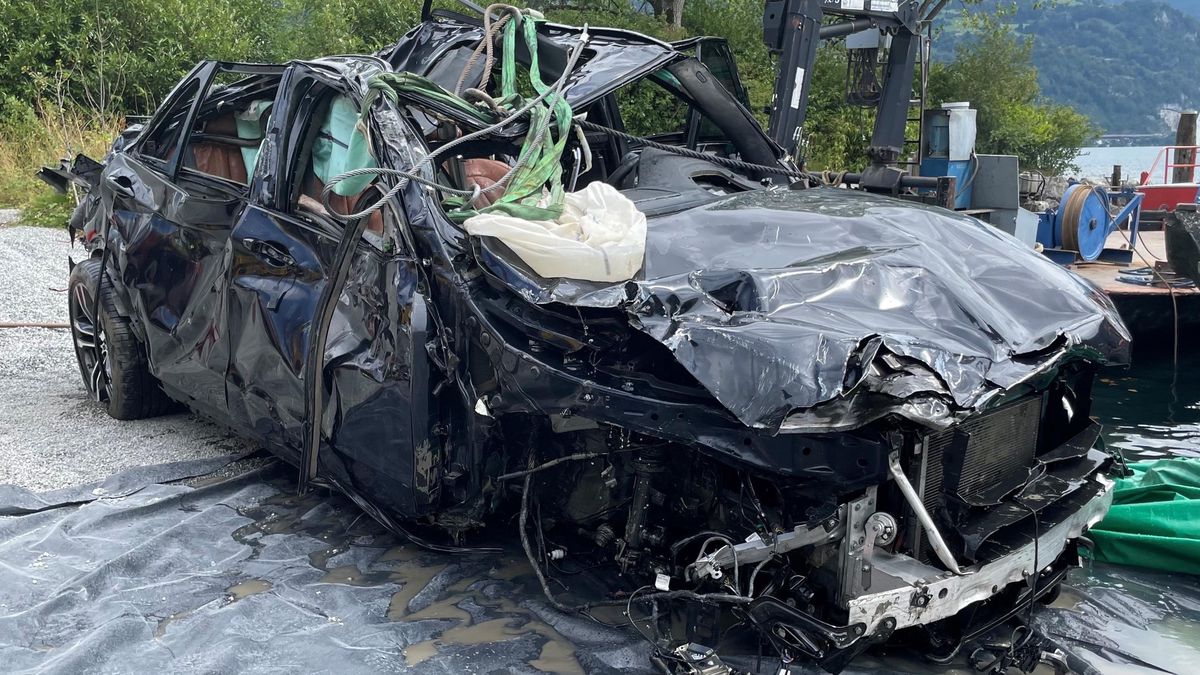 Brunnen SZ: Fatalities from the Axenstrasse accident have been identified

Brunnen SZ: Fatalities from Axenstrassen accident have been identified

A car crashed from Axenstrasse into Lake Lucerne last Sunday. After the rescue, it is now clear who was in the vehicle.

On Wednesday afternoon, July 27, 2022, the emergency services recovered the passenger car that had sunk in Brunnen after a traffic accident on July 24, 2022 in Lake Lucerne from a depth of 182 meters.

The fatality, which was recovered from the vehicle wreck, was identified by the Institute for Forensic Medicine at the University of Zurich, as reported by the Schwyz cantonal police. The accident victim was a 63-year-old man from the canton of Zurich. The cause of death and the course of the accident are still the subject of ongoing investigations.

The car fell about 45 meters in depth

When the wolf jumped in the municipality of Brunnen, the car broke through a railing and sank in Lake Lucerne. “The car was traveling from the south in the direction of the fountain and then collided with the rock face on the right-hand side. The car then spun across the road and broke through the iron railings,” said Florian Grossmann, spokesman for the Schwyz cantonal police. According to Grossmann, the car then fell around 45 meters and sunk in Lake Lucerne.