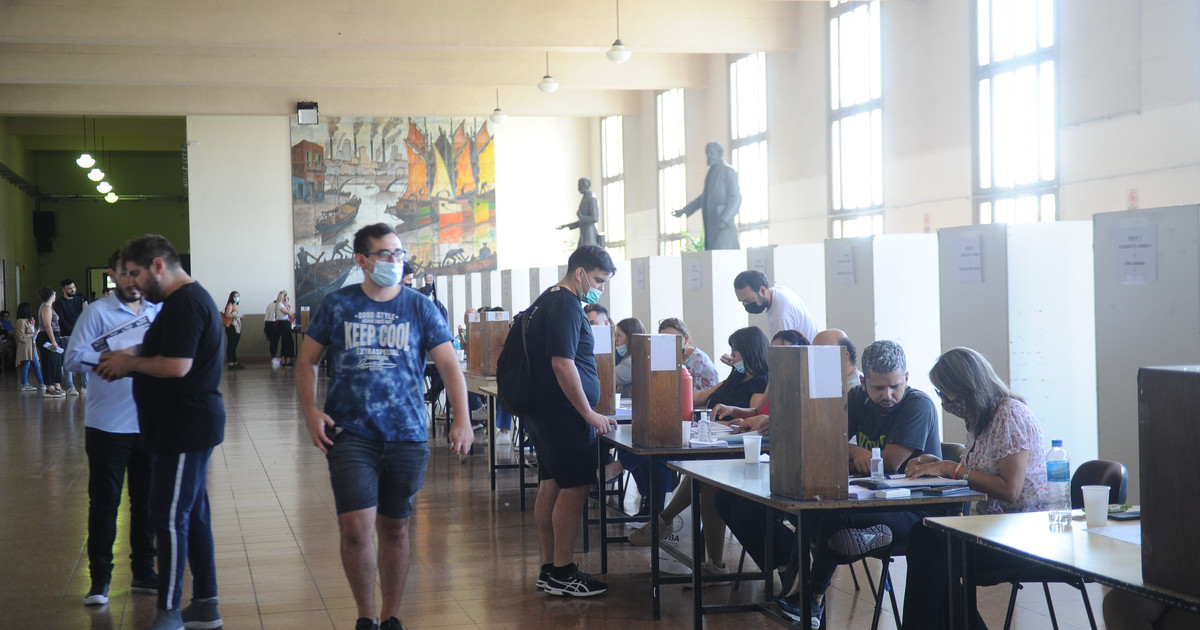 broad triumph of the ruling party and setback for La Cámpora

Kirchnerism led by La Cámpora lost this week its place as the second political force within the University of Buenos Aires (UBA), by maintaining only two of the three faculties it had and remaining with the same number of student centers as the left.

The key was the Faculty of Agronomy, where the independent group LAI -allied with reformism- obtained 43.96% of the votes, over the front that makes up La Cámpora with the Evita Movement and La Mella (39.98%).

In total, of the 13 faculties that the UBA has, eight remained in the hands of the Reformist Frontmade up of radicals, Peronists, socialists and independents and linked to the current rector, Alberto Barbieri.

Among reformers, there is optimism about a possible third term of the former dean of Economics, who although he considers himself a Peronist, built his candidacies with the Purple Strip-UCR, today “New Space”.

65% for the ruling party

After it was suspended in 2021 due to the coronavirus pandemic, the election of student centers, directors and delegates to the FUBA It was held this week, between April 4 and 8. The UBA has a register of 270,000 students eligible to vote.

The Reformist Front obtained throughout the UBA a resounding triumph with more than 65% of the votes and won in Economics, Medicine, Law, Engineering, Dentistry, Psychology and Architecture.

The eighth faculty is Agronomy, which is added to the count through the LAI group.

For its part, the left-wing front, led by the Partido Obrero, maintained the faculties of Pharmacy and Veterinary; Kirchnerism lost Agronomy and held Philosophy and Letters, and Exactas; and the Peronism of the UES -not Kirchnerist- stayed with social.

See also  Dian will look for 6,000 Colombians who have assets abroad - Sectors - Economy

The more numerous faculties all remained in the hands of reformism.

In this last faculty, the socialists of Roy Cortina and the Purple Strip led by Juan Alfonsín went together against La Cámpora and La Centeno, according to the Reformist Front statement.

For Ramiro Sarraf, current president of the FUBA, the results consolidate reformism “As a great voter in the face of the dean and rector elections, he maintains the leadership of the FUBA, recovered in 2019, and with the elections of La Plata and Rosario we have plenty to keep control of the FUA”.

“Students in this election, being after a pandemic, expressed something else with the vote”, he opined in dialogue with Clarion. “They valued the volunteering, the participation in the vaccination campaigns and that we adapted so that the faculties work virtually. We don’t just sit on the couch throwing stones.”

And he added: “I also think that what the University Federation of Buenos Aires did in the fight with the Government regarding the low budget college”.

“Education, except during campaign times, is never a priority. Our main challenge is to generate policies that channel young people to education, because we understand that it is the only real transformation engine in society,” Sarraf added.

“A punishing vote for the government”

It is the first time that the UBA elections are held in April, a decision that was branded by sectors of the left as “anti-democratic.”

“We come from a context of strong student political demobilization as a result of the pandemic and the election was given without a deep debate on the educational situation and the adjustment”, explained the student of Philosophy and Letters Tatiana Fernández Martí, board member elected by the Youth of the Workers’ Party, grouped in Left to the Front.

And he continued: “There were three litters that stepped on the faculty for the first time and already had to vote. This decision lowered by the rectorate helped in the election of the groups of the rectorateNew Space or Purple Strip”.

For Fernández Martí, “the ongoing adjustment, with a reduction in the educational budget, the conditions of hunger that hit the country and the situation of job insecurity, which make it difficult to study and work,” also made themselves felt in the election.

“Kirchnerism collapsed in these elections”opined the student and pointed out that even in Philosophy and Letters, where she beat the left, she did so “only by 85 votes.”

“Kirchnerism tried to avoid talking about the situation that hit the country and sold itself as a management group. But the student body did not accompany them and was expressed in a vote punishing the Government“, he pointed.