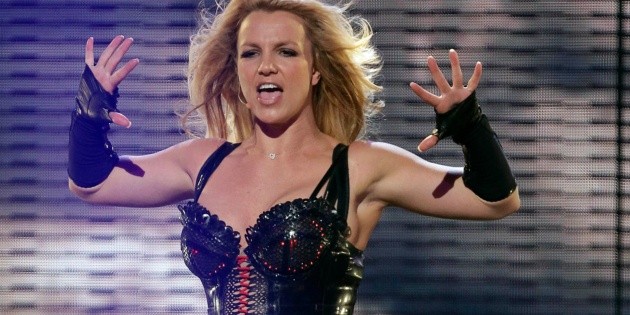 
Britney Spears is no longer afraid to show her body now that she is a free woman after the legal victory that she obtained against the guardianship that her father, James Spears, had over her. Now, the 40-year-old singer shows off her butt on Instagram in what she calls “booty time,” an image taken by photographer Andrea McClain.

In the photos you can see Spears turning her back in red underwear that leaves nothing to the imagination. To end the reel, a rose is shown on two white gloves.

Britney limited the comments to her acquaintances so there were only messages of love to her.

The one who was not so happy was Sam Asghari, her fiancé, since commented with an angry emoji and a message with the hashtag “jealous”. Which makes us suppose that the model is not so happy about the photo, but that is no longer going to stop the pop princess.

The interpreter of “Toxic” and Sam got engaged in September last year and announced it with a video on social networks. The couple met just after the model participated in the video clip for Fifth Harmony’s “Work from Home”, because Birtney was delighted with the photo of Asghari and invited him to participate in the official video for her then single “Slumber Party “.

The also fitness trainer commented on Men’s Health that he was excited to meet one of the greatest artists of all time and that he felt butterflies in his stomach. Sam says that she approached him for the first time and said: “Hi, I’m Britney” to which he replied: “I’m sorry, what’s your name?” by way of being funny, something that worked because they exchanged numbers and a few days later they made an appointment for dinner.

The actor’s intentions towards the singer had always been take your relationship to another level, he does not mind becoming a father, since he wants to be one, so he commented in an interview for Forbes magazine.

At the moment the date and details about the wedding between the model and Britney are not yet known, but it is expected to be one of the most desired weddings of this year.