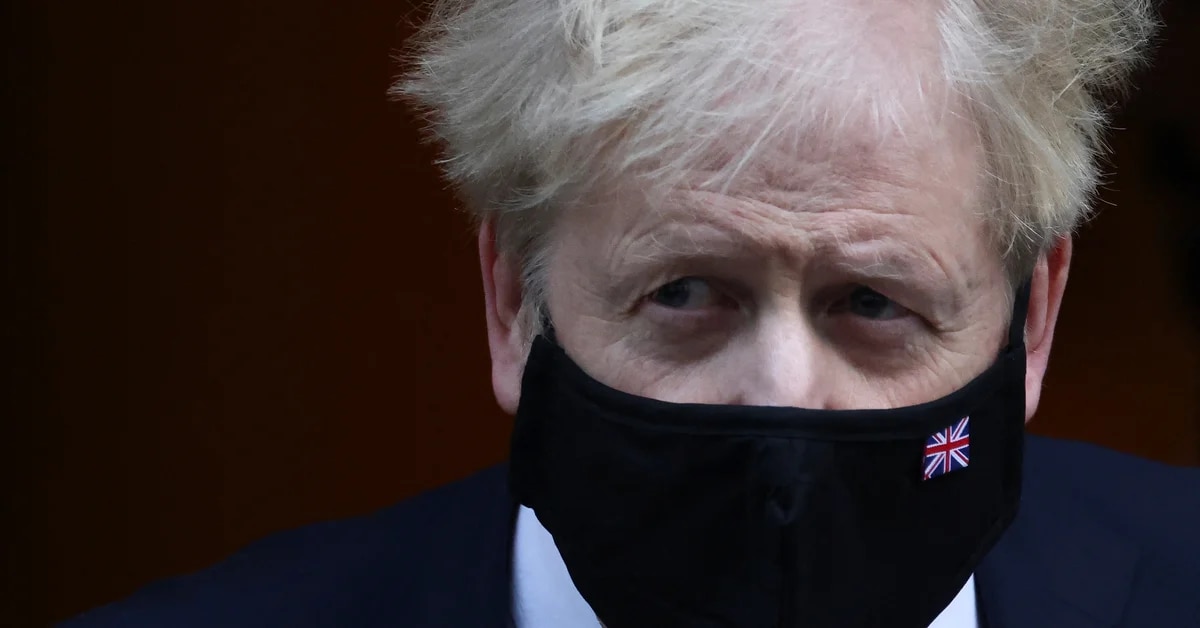 Bring Your Own Bottle Party May End Boris Johnson’s Government

British Prime Minister Boris Johnson is on the ropes for a party he organized in full quarantine, in May 2020, in the gardens of the Downing St residence. REUTERS/Henry Nicholls

For any leader it is sad to be deposed for not complying with the rules that he himself imposed. And there is something worse fall into disgrace for throwing a clandestine party where you didn’t even invite with the drinks. In May 2020, in the midst of the pandemic quarantine, Prime Minister Boris Johnson and his team organized a “party” in the gardens of the Downing St. residence whose characteristic was that guests had to bring their own bottle of alcohol or whatever they preferred. Some photos of the premier with characteristic yellow hair had appeared drinking with a group of collaborators in the middle of a “putting green” lawn at the government house. But now more concrete details have appeared and the leaders of his own party, the Conservatives, are ready to let go of his hand.

In Great Britain, the government belongs to the party, not to the person who leads it. As happened to Theresa May (and so many others), the premier whom Johnson succeeded, if the party members in the House lose their trust, Boris would have to go organize parties at his own house. Johnson appeared in Parliament to explain what happened and did not convince anyone. He offered a partial apology, describing the meeting as a “work event.” The invitation that reached about 200 people by email said otherwise. “Come and enjoy a relaxed evening in Downing Street Garden. Bring your own bottle.” However, the prime minister insisted: “When I entered that garden just after six on May 20, 2020, to thank groups of staff before returning to my office, just 25 minutes later to continue working, I implicitly believed that this was a work event”.

Opposition Leader Sir Keir Starmer of the Labor Party called on Johnson to resign, saying it was “a man without shame”. “While the country was in lockdown, he would organize parties with alcohol that his guests brought,” he added. Sir Ed Davey, head of the Liberal Democrats in parliament, also called for the prime minister to resign. “Boris Johnson is incapable of leading our country through this public health crisis. I think actually is a threat to the health of the nation because he has shown that he always tries to deceive us when we question his conduct.”

“The party is over, Boris,” say the main London newspapers. Social networks exploded with testimonies from those who lost their loved ones to Covid on the same day that Prime Minister Johnson participated in a massive party.

It was when the traditional jeers from the House of Commons increased and were even very strong from the Conservative caucus itself. With a rueful face, Boris rehearsed another apology: “I know the anger they feel towards me and towards the government I lead when they think that in Downing Street itself the rules are not being properly followed by the people who make them. But we have to let Sue Gray (the one in charge of investigating what happened inside the government) complete her work.”

Seventeen Conservative MPs have already spoken out publicly against Johnson’s position, while others said they the chances of him facing a motion of censure are increasing “by the minute”. Simon Hart, who looks after Welsh affairs in the cabinet, commented that “This type of situation causes frustration, pain and indignation” and that his own family was calling him to find out “why they did something so unfortunate when so many people couldn’t attend the funeral of their loved ones” killed by Covid. And Christian Wakefield, another Tory representing Bury South, said he could not “defend the indefensible”. The London press assures that the cabinet “is divided between those who think ‘hold on tight and everything will be fine’ and those who are really worried because they think that Boris will fall very soon”.

Johnson is not willing to give up the fight and go out the back door. It’s not in your DNA. It is likely that he will try to make a change of ministers. Gain time. He’s a survival wizard. It has already passed dozens of crises and survived. The British popular press calls it “Teflon Boris”. But even if he can get through this moment, it will not be easy for him to regain his authority and popularity. “It is not sustainable. I can’t say exactly how this will play out, but I don’t see it ending well”, a “spin doctor”, which is what political advisers are called in British political parlance, told the Financial Times.

The same characteristic that made him popular, his irreverence and nonchalance, are now coming back to haunt him. Johnson’s popularity has been plummeting since the middle of the year. Surveys show that his approval rating fell from 48% to 23%. Some figures that embitter the Conservatives because this discontent drags the entire party. For the first time in years, Labor is hoping to end the Tory parliamentary majority. Johnson’s vengeful former strategist Dominic Cummings keeps saying he’s the prime minister became a drag on conservative prospects. And many others are convinced that they can only win with “a new leader.”

In any case, dismissing a prime minister is not easy at all. Labor could ask for a vote of confidence, but will most likely fail because they don’t have enough votes. The offensive has to come from within and with the vote of 180 Tories, a figure that is not easy to achieve with so many private interests. many parliamentarians they would prefer to wait for local elections in May to secure their seats and then perform any maneuver. There is also the fear of sticking your head out while the guillotines fly. a vote of confidence can be ordered only once every 12 months and if they fail, Johnson will come out stronger and with a blank check for another year in power.

At the same time, many other Conservative MPs know that the coming months will be difficult and that a new prime minister would help refresh the tory position. Inflation is rising as in the rest of the world and in small towns there are protests at fairs over increases in the cost of living; a very unpopular tax hike is planned; Brexit and measures to reduce polluting gas emissions continue to drift. Everything will depend on the dynamics of events, but arriving at the parliamentary elections with an open agenda with so many pending issues could be more damaging than changing the prime minister now. A choice of Boris Johnson’s successor will not be easy among the Conservatives either. There is no consensus candidate. The list of possible names is longer than that of supermarket purchases.

It seems that the conservatives will have to decide between just two options: a surgical blow or prolonged death.