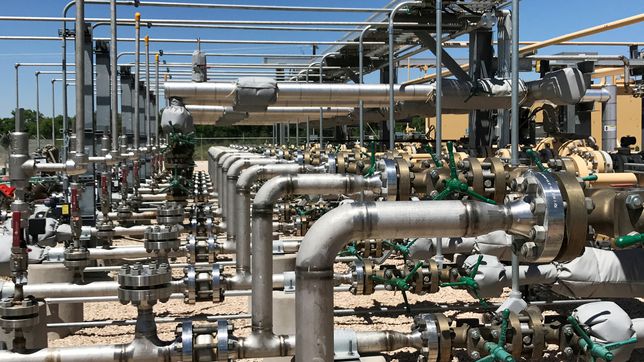 Brent and Texas oil prices today, June 22: How much does it cost and how much is it quoted?

The oil wake up with losses.

For the morning of this Wednesday, June 22, the prices of Brent crude oil and West Texas Intermediate (WTI, for its acronym in English) suffered a fall compared to the previous day, but they continue positioning itself with three figures.

The drop in the price of fuel is the result of the fears of a recession, which have affected the commodity market in general. Another key factor in the sinking of oil is the news that the President of the United States, Joe Bidenwill launch a new plan to reduce fuel costs.

According to information collected by television news, The leader of the White House is expected to ask the country’s Congress today “a three-month suspension of the 18.4 cents per gallon federal gas tax and urge states to do the same with their fuel taxes.”

You may also be interested in: What to do if I missed filing IRS taxes and penalties

Brent and Texas oil prices today, June 22: How much does it cost and how much is it quoted?

Because oil prices move with stocks, for this Wednesday, June 22, the price of a barrel of Brent crude is at $111.49 dollars, while the cost of the US equivalent WTI is at $106.18 dollars, according to the most recent update Oil Price Chartsrecognized website with more than 150 oil indices and mixtures at an international level.