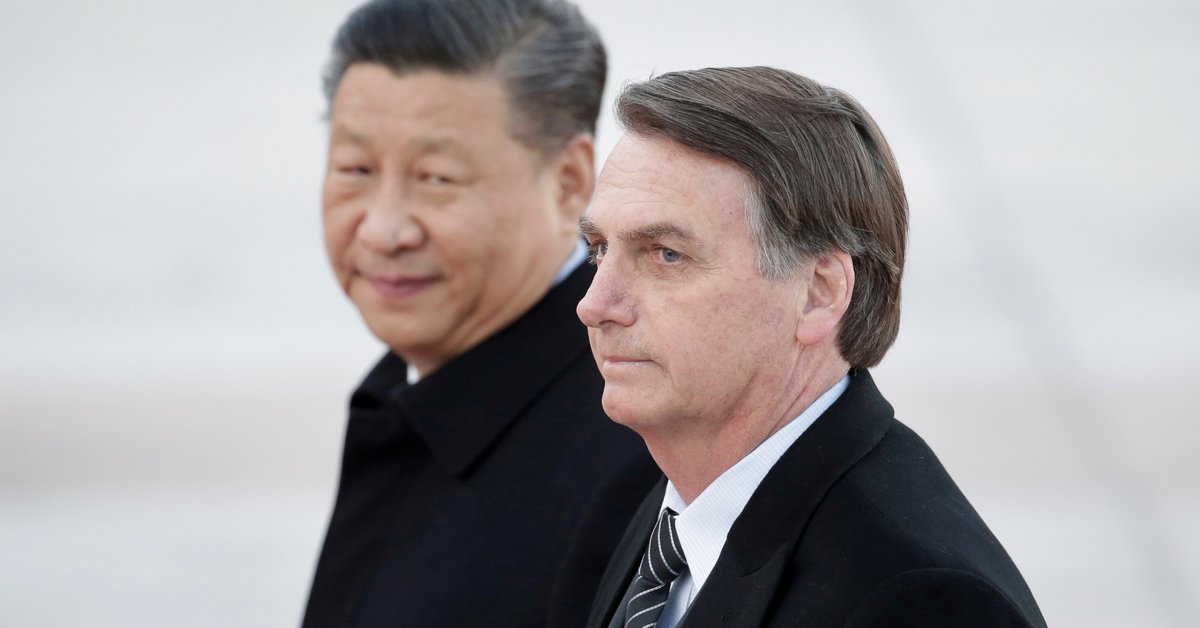 Lab executives Sinovac they asked the government of Jair Bolsonaro Stop Criticizing China To Ensure Compliance With Vaccine Contracts for the coronavirus, as reported by Brazilian diplomats in documents obtained by the portal Or Balloon.

The cables sent by the Brazilian Embassy in Beijing, presented before the Parliamentary Investigation Commission (CPI) on the government’s management of the pandemic, reported on a meeting between Brazilian diplomats and the top leaders of the SinoVac laboratory, who expressed their rejection of the declarations of the agent.

SinoVac has signed an agreement with the prestigious Butantan Institute of Brazil for the production of CoronaVac. However, in recent weeks the agreed schedule for the shipment of the active ingredient was not met, fundamental for the local production of the doses, since they only received 75% of the agreed figures.

At the meeting held on May 19 at the company headquarters, According to the diplomatic report, Sinovac President Yin Weidong said that a change in the government’s stance would create a “more fluid” relationship.

Faced with concerns about the missing, Yan’s response was political. “It would be convenient, for the process, for the Brazilian government to seek ‘to develop a more fluid and positive relationship with the Chinese government,'” he said, according to the diplomats. In the conversation, he would also have highlighted Indonesia and Chile as examples of “positive reflections of good relations” with Beijing. In Chile, one of the countries with the best vaccination rates in the region, 90% of the doses applied are from Sinovac.

According to the document, Yin “did not categorically affirm that there would be direct government interference in the allocation of inputs, but stressed the importance of good dialogue between Brasilia and Beijing”, Since it was not a purely commercial issue.

For this reason, he suggested the possibility of a political declaration in support of exports or even preferential treatment. “It could be useful if the agreement between the companies was seen as a demand from the Brazilian government”, He added, according to the document, and also said that a statement from Brasilia on the expectation for the shipment of supplies would be helpful.

Globe reported that the Brazilian ambassador in Beijing, Paulo Estivallet, was present at the meeting, who replied that he would deliver the message to the Brazilian government.

Two weeks before the meeting, Jair Bolsonaro had made statements that irritated China. According to him, the new coronavirus would be part of a chemical war that would benefit Xi Jinping’s regime. “It is a new virus, it is not known if it was born in a laboratory or by a human who ingested an inappropriate animal. But it is there. The military knows that it is chemical, bacteriological and radiological warfare. Aren’t we facing a new war? ”He said in an official act. And then he pointed against the Asian giant, avoiding naming it: “Which country has grown the most in GDP? I’m not going to tell you ”.

Jair Bolsonaro, on China: “Which country has grown its GDP the most? I’m not going to tell you “

After that act, the director of the Butantan Institute said that “all statements in this regard have repercussions” and recalled that there were already previous inconveniences due to political expressions.

Later, on Twitter, the institute stated that “it is bureaucratic, political and diplomatic obstacles, and not the“ contractual issues with Butantan ”, that have delayed the shipment of the IFA (Active Pharmaceutical Ingredient) from China to Brazil for production by CoronaVac. “The losers are the Brazilians, who urgently need the vaccine,” they lamented.

The revelations of the diplomatic document contradict the testimony presented by the Minister of Health, Marcelo Queiroga, and the former Foreign Minister Ernesto Araújo, who argued before Congress that Bolsonaro’s speeches had no impact on the negotiations and the supply.

Copa América in Brazil: the Supreme Court will analyze two requests to suspend the tournament
The ranking of vaccination against COVID-19 in America: map and statistics