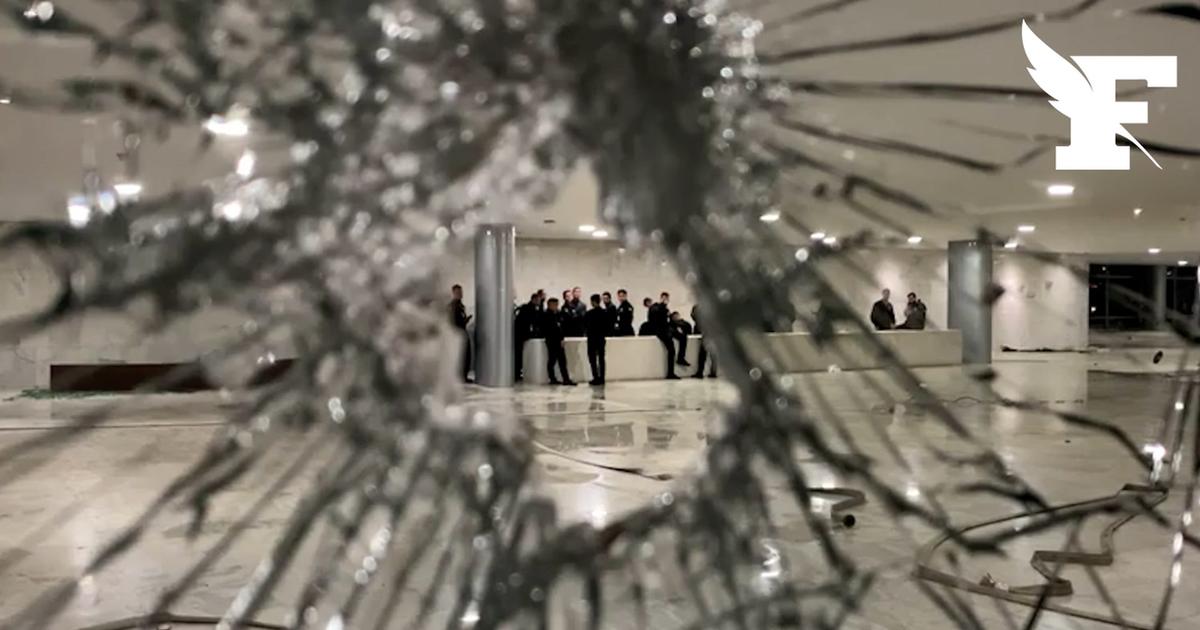 Brazil: images of chaos and damage after the reissue of the “Capitol” in Brasilia

IN IMAGES, IN PICTURES – On Sunday, the Congress, but also the Supreme Court and the presidential palace were invaded by Bolsonarist demonstrators. If calm has been restored, the damage is considerable.

The center of power in Brasilia was plunged into chaos. Brazilian police evacuated Congress, the Supreme Court and the presidential palace more than four hours after hundreds of supporters of former President Jair Bolsonaro stormed on Sunday, recalling the invasion of the Capitol in Washington in January 2021.

The area had however been cordoned off by the authorities, but the Bolsonarists managed to break the security cordons. Bolsonarists have already been demonstrating in front of military barracks since the narrow defeat of the outgoing far-right president on October 30. They demanded the intervention of the army to prevent Lula from returning to power for a third term, after those from 2003 to 2010. Some of them also blocked main roads for more than a week after the election.

The police initially tried, in vain, to repel the demonstrators with tear gas. A mounted police officer was unhorsed and then knocked to the ground by assailants armed with sticks.

A police vehicle was also pushed into the large fountain in front of Congress by protesters.

A local press union reported the attack on five journalists. Among them, an AFP photographer was beaten and had all his equipment stolen. Eventually, the security forces gradually regained control of the situation in the evening, with water cannons keeping the demonstrators at bay.

According to several Brazilian media, at least 150 bolsonarists, dressed in yellow and green, have been arrested. Television images showed them descending in single file, hands behind their backs, down the ramp of the presidential palace in Planalto, flanked by police. On other images, we can see a bus full of demonstrators arrested leaving in the direction of a police station.

On social networks, videos have circulated showing ransacked offices of parliamentarians. A protester sat in the seat of the President of the Senate, a startling mimicry of pro-Trump protesters in the US Congress two years ago.

The damage is considerable, in these buildings which are treasures of modern architecture and are full of works of art. Priceless paintings were damaged, including mulattoesby the modernist painter Di Cavalcanti, exhibited at the Presidential Palace and pierced with several holes, according to photos circulating on social networks.