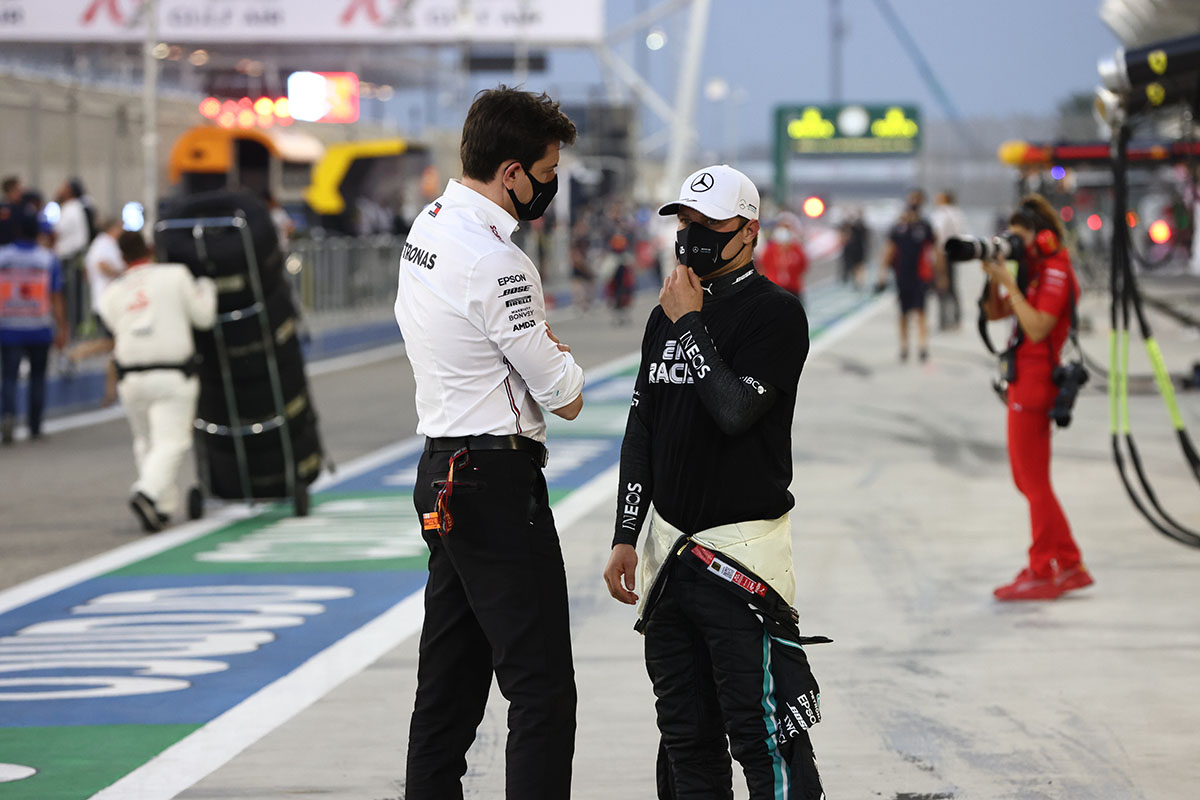 The Finn was light years away from Lewis Hamilton in Azerbaijan

Wolff believes Lewis knew how to “find confidence” in a “difficult” car.

Valtteri Bottas says the “most logical explanation” for his lack of pace at the 2021 F1 Azerbaijan GP is a problem with the chassis of his Mercedes W12, but team boss Toto Wolff categorically denies this.

The Finn was light years away from his teammate for most of the weekend. Especially in the race, since Lewis was in a position to fight for the victory and Valtteri could only fight to get into the points zone.

After the race, Bottas revealed that he had suffered a lot to get his tires in the optimal working window, especially the front ones. Now, the Finn is aiming for something more serious like the chassis.

“This is, at least, the most logical explanation,” Valtteri Bottas responded to the Finnish media when asked if his lack of pace could be caused by a chassis problem, according to the GMM news agency.

Valtteri, who felt like a “mobile chicane” during Sunday’s race – you can see this well on the onboard camera of one of the highlights – does not remember a Grand Prix as disastrous on his part as that of Baku.

“Something was very wrong this weekend. I don’t know what, but I know this is not my level of performance. I don’t remember having a weekend like this before. I’ve had weekends with bad sessions, but there were always moments in which it had rhythm. But this has not been the case at all, “he added.

See also  Kevin Durant: the worst criticism and mockery in the NBA was the 2007 Draft for not lifting 84 kilos

For his part, Mercedes boss Toto Wolff wanted to respond to his driver’s words about the Mercedes chassis. The Austrian denies it, noting that “the difference was that Lewis found confidence in a difficult car.”