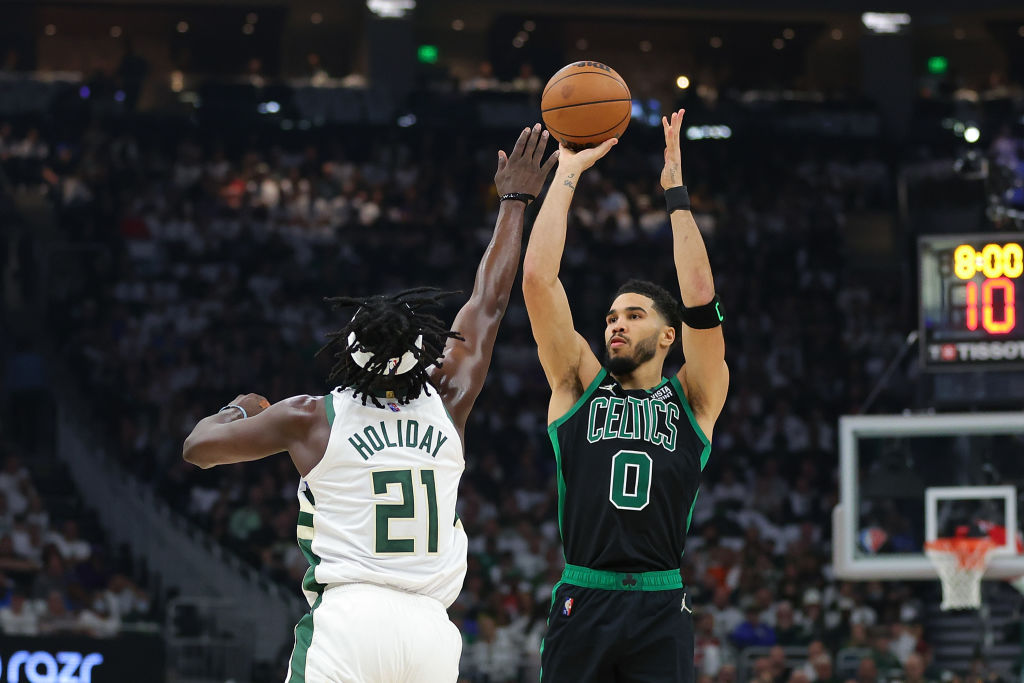 The fourth game of this huge series between Milwaukee and Boston had a script similar to the previous one, only this time the outcome ended with a smile on the face of the Celtics 108-116.

Ime Udoka’s boys rowed all night to stay in contention for a decisive match. They were 10 points down in the first quarter and repeated the situation in the third; so much so that to start the final the scoreboard reflected an 80-73 in favor of the locals that made things complicated for them. They didn’t give up. Just like they did 48 hours ago, they came back and took the lead, only this time not only did they stay there, but they continued to crush the Bucks’ rim to endorse up to 43 points to which they could not react.

We can really say that the game was decided in two and a half minutes, just the time between the Bucks winning by two points (94-92) and losing by 10 (96-106). It was a 14-2 run that broke the equality at the hands of Jayson Tatum and Al Horford, who signed all the baskets at that time. The forward made up for his bad third game with 30 points and 13 rebounds, while the center also went up to 30 points with a 5 of 7 triples.

“We love Al. He’s the best veteran we’ve ever had. The best veteran I’ve ever played with. He comes in and never changes his energy or game whether things go right or wrong. It will always be him, and it is something that nine times out of ten will work in our favor, “says Marcus Smart, who reached 18 points.

Hit at the right time

That’s how it is. After shooting 40 percent from the field in the first three quarters, the Celtics ran amok in the final 12 minutes shooting 16-for-19 and shooting 4-for-5 from 3-point range; and all this without being able to tell everything they wanted with Jaylen Brown, who with foul problems could not play even half of that period. Giannis Antetokounmpo, who would finish with a spectacular double-double of 34 points and 18 rebounds, credits what his rival did. “Down the stretch, they converted shots. They executed well. They were disciplined », he expresses.

Now is the big question. With everything tied in the tie, it seems that the presence of Khris Middleton could give the Bucks a significant boost; Of course, if he is one hundred percent. About this, Mike Budenholzer commented a few days ago that he did not rule out his pupil for the entire series against Boston, although he was not certain that he could return. His return would undoubtedly give more dynamism and security to the Milwaukee attack, which last night suffered quite a bit at times due to the poor success of important players such as Jrue Holiday, who had 16 points with 5 of 22 shooting from the field.