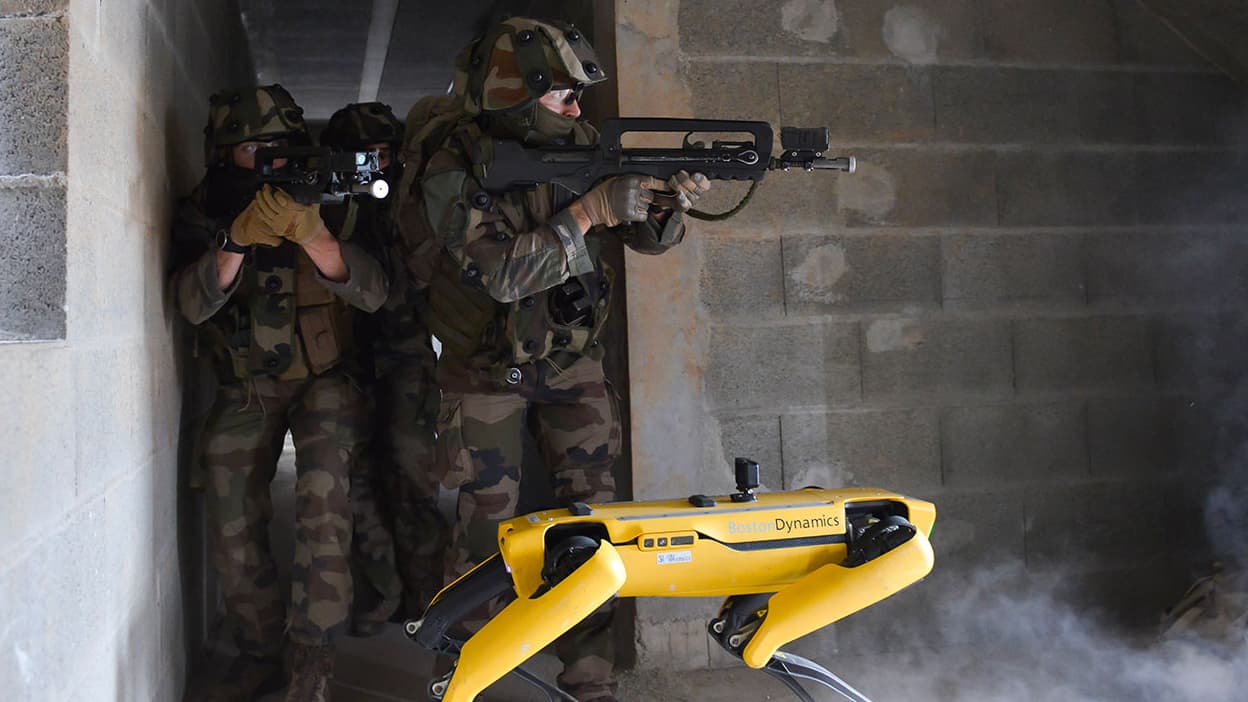 The French army is putting the Boston Dynamics quadruped robot to the test, already tested by the US military.

He knows how to dance to the rhythm, open doors, climb stairs, patrol an oil rig, watch the entrance to parks in Singapore or even decontaminate places exposed to Covid-19. The Boston Dynamics Spot robot could eventually come to support the French army in its missions. According to a message shared on Twitter by the Saint-Cyr Ooëtquidan military school, the four-legged robot was recently tested by the army.

This experiment is the first, according to the specialized site Lines of defense. It will have consisted of putting the robot in an urban combat situation. The Spot was thus brought in to explore and carry out reconnaissance missions. The photo shared by Saint-Cyr shows him equipped with a GoPro, to transmit images to the troops.

A video, this time made by West France, looks back at the scenarios imagined to test the robot: offensive and defensive, they took place day and night and on two occasions – one with the robot, the other without – for each scenario. The idea: to measure the differences in efficiency in the detection of the enemy or the supply. And above all, better respond to the problem defined for this test, namely “robotization of the battlefield”.

In all, 80 students from the training school were mobilized. Other manufacturers, including robotics specialists Nexter and Shark Robotics, the company that stood out for its robot deployed during the Notre-Dame fire, were also involved.

Also according to Lines of Defense, the tested robots were illustrated by their ability to carry out reconnaissance missions in certain risk areas and, in fact, preserve the lives of soldiers. Spot’s autonomy has nevertheless been criticized, the robot having run out of battery in the middle of the assault.

At the end of 2020, several robots equivalent to the Spot, this time designed by the company Ghost Robotics, had been tested by the US military. The robots, dubbed Vision 60, were put to the test for intelligence, surveillance and reconnaissance missions at Nellis Air Force Base, Nevada, and during an exercise. of great magnitude.