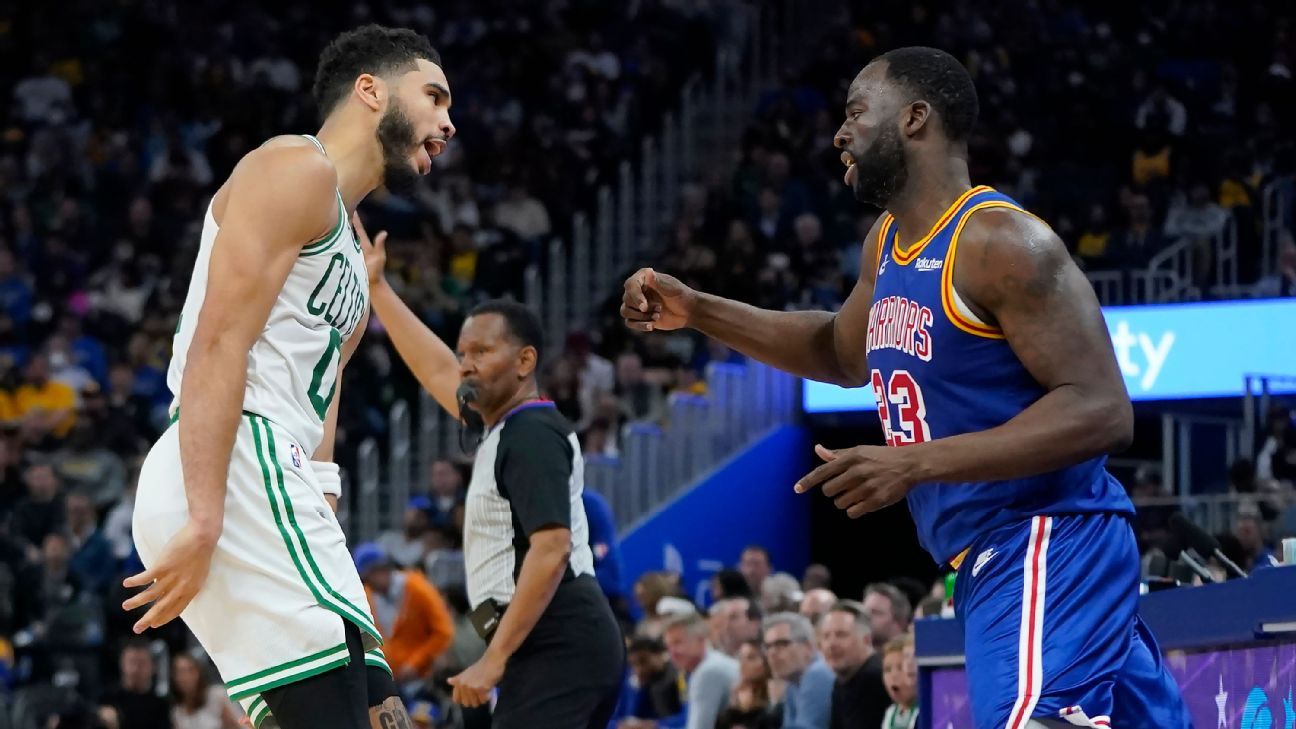 Boston Celtics vs Golden State Warriors, what makes it a special Final?

With the victory of the Boston Celtics over the Miami Heat in Game 7 of the Eastern Conference Final (100-96), the franchises that, as of Thursday, June 2, will begin the dispute for the Larry O’Brien trophy in a series to the best of seven that promises great clashes on the court and that has elements to be special.

On Thursday, those from San Francisco sealed their passport to the 2022 Finals after beating the Dallas Mavericks in a fifth game 110-112 and thereby ending a three-year abstinence without reaching that instance. Since 2018, when they lost the championship (4-2) to the Toronto Raptors, the ‘Golden State’ team had to settle for seeing how Milwaukee Bucks (2020) and Los Angeles Lakers (2019) made a space in their showcases to place the award.

It will be the Warriors’ sixth appearance in the NBA Finals in eight years.

For their part, the Celtics had to wait two more games (their series against the Heat was defined in 7 games) to return to the NBA Finals and end a dozen years without appearing in the final stage.

The most recent time Boston brushed for Association glory was in 2010, when they fell 4 games to 3 to their arch rival, the Lakers.

After a couple of seasons in which the Atlantic Division stayed in the playoff race, a couple of moves in the office and on the bench plus some key additions like Dominican center Al Horford catapulted them back into the conversation from favorites to the title.

Brad Stevens left his place on the bench to take over as president of team operations, and one of his first moves was to bring in Ime Udoka, who made his head coaching debut after a nine-year tenure as an assistant with the San Antonio Spurs (2012 -2019), Philadelphia 76ers (2019-2020) and Brooklyn Nets (2020-2021).

His arrival, criticized at first, proved Stevens right, as Udoka rated the Celtics as second in the East with a record of 51-31 (.622).

In addition to seeing the duel between the ‘Big Threes’ of the Celtics and Warriros, made up of Jayson Tatum, Marcus Smart and Jaylen Brown, from Boston, against Stephen Curry, Klay Thompson and Draymond Green, from San Francisco, will be at stake the ‘past’ versus the ‘present’ of the NBA…

Boston is one of the oldest and most successful franchises in the NBA with 17 championships, only the Lakers have the same number, while the Warriors are looking for the seventh in their history, three of them won in the past decade (2015, 2017 and 2018). ).

Without a doubt, the 2022 NBA Finals will be special and venturing to predict a Game 7 is not unreasonable; here are some points to follow and that give support to that projection.

1.- Effectiveness beyond the arc.

While Curry is the quintessential 3-point shooter in NBA history, both franchises’ 3-point shooting percentage is similar: Golden State’s 37.9% to Boston’s 36.5%.

The Celtics show off the brand new DPOY 2022 in Marcus Smart; however, both teams are aggressive when it comes to winning the ball defensively. As a team throughout the campaign Golden State had 34.9 defensive rebounds; Celtics averaged 34.0.

3.- Games with many points.

In this area, those from the bay do have a slight superiority that could make the difference in the 2022 Finals. As a team, Golden State averaged 114.5 points per game, while Boston had 107.8.

See also  Minimum wage difference for 2022 AGI! Here are the tables that will guide all employees along with the minimum wage and AGI.

It will be the second time that Warriors and Celtics face each other in the Finals. The previous one occurred in 1964, when Boston beat the then San Francisco Warriors 4 games to 1, so a kind of rematch will start on Thursday, June 2.

Warriors forward Juan Toscano-Anderson could become the first Mexican to be an NBA champion. For now, he has already written his name in the history of the League by being the first Mexican with a conference title in his record.

Although his role in the playoffs has been reduced, every time he steps on the court he has something important to contribute to the team of coach Steve Kerr.

This is how the 2022 NBA Finals will be played