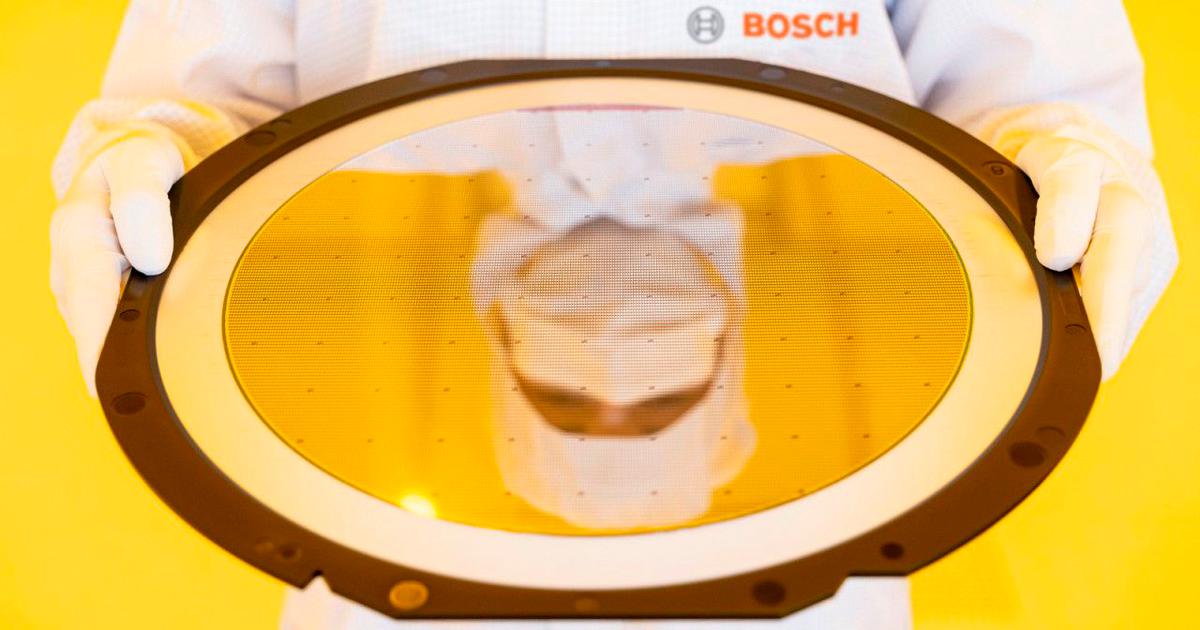 With the construction of a chip factory in Dresden, the German automotive supplier group is making the largest investment in the company’s history. The project has an impact across Europe. The auto industry complains about a chip shortage until 2022.

Dresden.
The world’s largest automotive supplier, Robert Bosch GembH, is taking the reins into its own hands during the chip crisis. And builds his second chip production facility after 1970. With the opening of its chip factory in Dresden, the German technology group Bosch wants to showcase Europe as an industrial location.

Such a factory with state-of-the-art semiconductor technology would help “to strengthen the competitiveness of Europe as the cradle for top innovation,” said the Vice President of the EU Commission, Margrethe Vestager, on Monday.

German Chancellor Angela Merkel was also supposed to deliver a message of greeting for the digital opening ceremony. “With this new factory, Bosch is once again showing that Germany can do high-tech,” said Bosch boss Volkmar Denner. The production of semiconductors for Bosch power tools and automotive parts will be raised to a new level with the use of artificial intelligence.

The lack of memory chips in the auto industry since the beginning of the year highlighted Europe’s great dependence on chip mass producers in Asia. The aim of the European Union is to double the share of chip production worldwide to 20 percent by 2030.

The example of Bosch makes it clear that the acute bottleneck due to long lead times for the construction of factories and in production itself cannot be resolved overnight.

The foundation group based in Stuttgart decided on the project four years ago. The costs amount to one billion euros plus around 200 million euros in public funding. It is the largest investment in the company’s history. Robert Bosch founded the company in Stuttgart in 1886. The production of chips for power tools is scheduled to start in July, followed by those for the automotive industry in September.

However, these are different from the standard chips, which are currently in short supply. Nevertheless, this also creates relief, explained Bosch managing director Harald Kröger. The auto industry could still have to struggle with production losses until next year. After the crisis, the industry would have to change its purchasing policy and, in future, place binding orders with the semiconductor manufacturers instead of just announcing their needs and changing them at short notice, said Kröger.

According to the foundation group, the investment in billions will be worthwhile, because semiconductors are a growth area, especially in the automotive industry.

The global auto industry is currently suffering from a shortage of chips. Due to the slump in demand in the corona crisis, the carmakers had significantly reduced their calls.

In addition, the demand for chips for consumer electronics (especially game consoles, TV) and smartphones exploded during the pandemic, so that chip manufacturers concentrated their limited capacities on them.

READ  10 Information about Muhammad Al-Saadi, a member of the Board of Directors of the United Company | news

A fire in a Japanese chip factory and a loss of production in an Infineon factory in the USA after a winter storm made things worse. This is why the production lines at the car manufacturers are at a standstill at times. Cars could not roll off the assembly line because chips for braking systems, for example, were not delivered.

According to estimates by the management consultancy AlixPartners, 3.9 million fewer vehicles will be produced worldwide this year, which will lead to a drop in sales of 110 billion dollars (around 90 billion euros).

Chipsets for 600 euros per car

According to its own statements, the world’s largest automotive supplier is the only one that has been producing semiconductors itself since 1970. According to data from the experts at Strategy Analytics, Bosch is the sixth largest provider in this field, while German competitor Infineon is number one with a market share of 13 percent, ahead of NXP from the Netherlands.

In two years, for example, there will be microelectronics worth 600 euros in a vehicle, five times as much as 25 years ago, Bosch estimates. The strongest increases are to be expected in systems for driver assistance, infotainment and electric drive.

The Dresden location starts with 250 employees – the long-term goal is 700 employees. In a press conference, Denner did not want to say how quickly the capacity can be increased so that the factory is fully utilized.

Bosch’s factory plans have encouraged other technology groups such as Vodafone or Jenoptik to invest even more in Dresden, said Frank Bösenberg, head of the Silicon Saxony industry association.

In 1886, Robert Bosch set up his own workshop in a backyard in Stuttgart, which focused on products for precision mechanics and electrical engineering. Today, the automotive supplier group operates in four business areas: automotive technology (Mobility Solutions), industrial technology (Industrial Technology), consumer goods and energy and building technology.

The group employs around 132,000 people in Germany. Worldwide, the group has 440 subsidiaries and regional companies in 60 countries with a total of around 395,000 employees. In 2020 the company achieved a turnover of 71.5 billion euros worldwide.