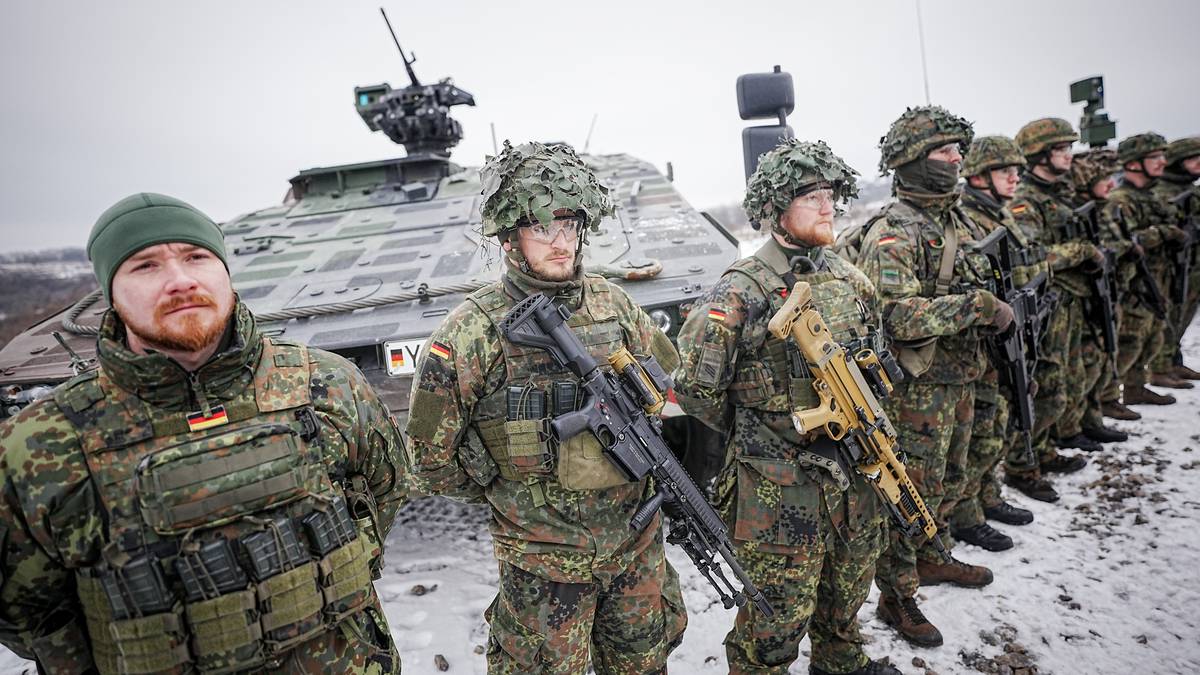 Berlin. The previous Lower Saxony Interior Minister Boris Pistorius (SPD) will not have much time to familiarize himself with his new position as Defense Minister. He is due to take over the post later this week after his party colleague Christine Lambrecht has announced that he will be stepping down. In the difficult department, which has already cost many ministers prematurely their office, numerous tasks are pending.

The first task is already on Friday. More than 50 international defense ministers are meeting at the US air force base in Ramstein, Rhineland-Palatinate, to discuss further military support for Ukraine. The focus is on the question of whether the country attacked by Russia should also get battle tanks. So far, the federal government had refused to do this, but that also applied to larger international partners. Now the hard line is softening. Above all, the government emphasizes the importance of international coordination. The pressure has increased because Poland and Finland, among others, want to supply tanks from their own stocks.

The problem: the Bundeswehr has hardly anything left to give. And the old stock of the manufacturer Rheinmetall would have to be renovated at great expense – according to the company, this will take at least until the beginning of 2024. The SPD in particular has slowed down arms deliveries to Ukraine – so Pistorius will also have to take his own party with him.

See also  Cold weather over the Oriental and the Rif, scattered rains, gusts of wind and highs slightly up Friday January 20

Many Bundeswehr missions have ended, most recently the one in Afghanistan. German soldiers are still deployed in Kosovo and Mali, among other places. The Afghanistan mission is considered only partially successful. Lessons must be learned from this for future missions, for example as part of the national security strategy initiated by the Federal Foreign Office.

3. Financing of the Bundeswehr

Under the impression of the end of the bloc confrontation, the then Union-led federal government ordered the Bundeswehr to go on austerity measures around ten years ago. The budget has been growing again for several years. After Russia’s attack on Ukraine, funding skyrocketed: Chancellor Olaf Scholz (SPD) announced a turning point and provided the troops with an additional 100 billion euros. The military commissioner Eva Högl (SPD) has just demanded another 200 billion euros because there are too many construction sites. During the government of the SPD and the Union, Germany committed itself in NATO to increasing military spending to 2 percent of gross domestic product.

Personal impressions and backgrounds from the government district. Every Tuesday, Thursday and Saturday.

The equipment of the Bundeswehr is a permanent problem. Most recently, the Puma infantry fighting vehicle was once again stuck. There are always complaints about gaps. This is also due to the fact that the tasks of the Bundeswehr have changed again. In addition to the focus on foreign missions, national and alliance defense is now being strengthened again. Also, some of the existing equipment is outdated and not everything that the defense contractors supply always works properly. This is partly due to the supply contracts concluded years ago and years of mismanagement. A new procurement strategy was already initiated under Lambrecht’s predecessor, Annegret Kramp-Karrenbauer (CDU): Special Bundeswehr solutions should not always be ordered, but sometimes existing products should simply be bought – that’s faster and cheaper. Here you can make adjustments. The procurement office is also considered in need of reform, the money could be spent more effectively.

See also  Back to the USSR: will Russian products be like this after Western sanctions? | Russia

It is crucial for a minister to win the trust of the soldiers – and the high military in the ministry – whose supreme employer he is. The right tone must be struck for this, between authority and understanding. It is a tightrope walk, because at the same time a minister should set political priorities. Ursula von der Leyen ran into trouble after accusing the force of an “attitude problem” over repeated far-right incidents. Lambrecht’s aloof manner did not help her gain a foothold in the ministry.