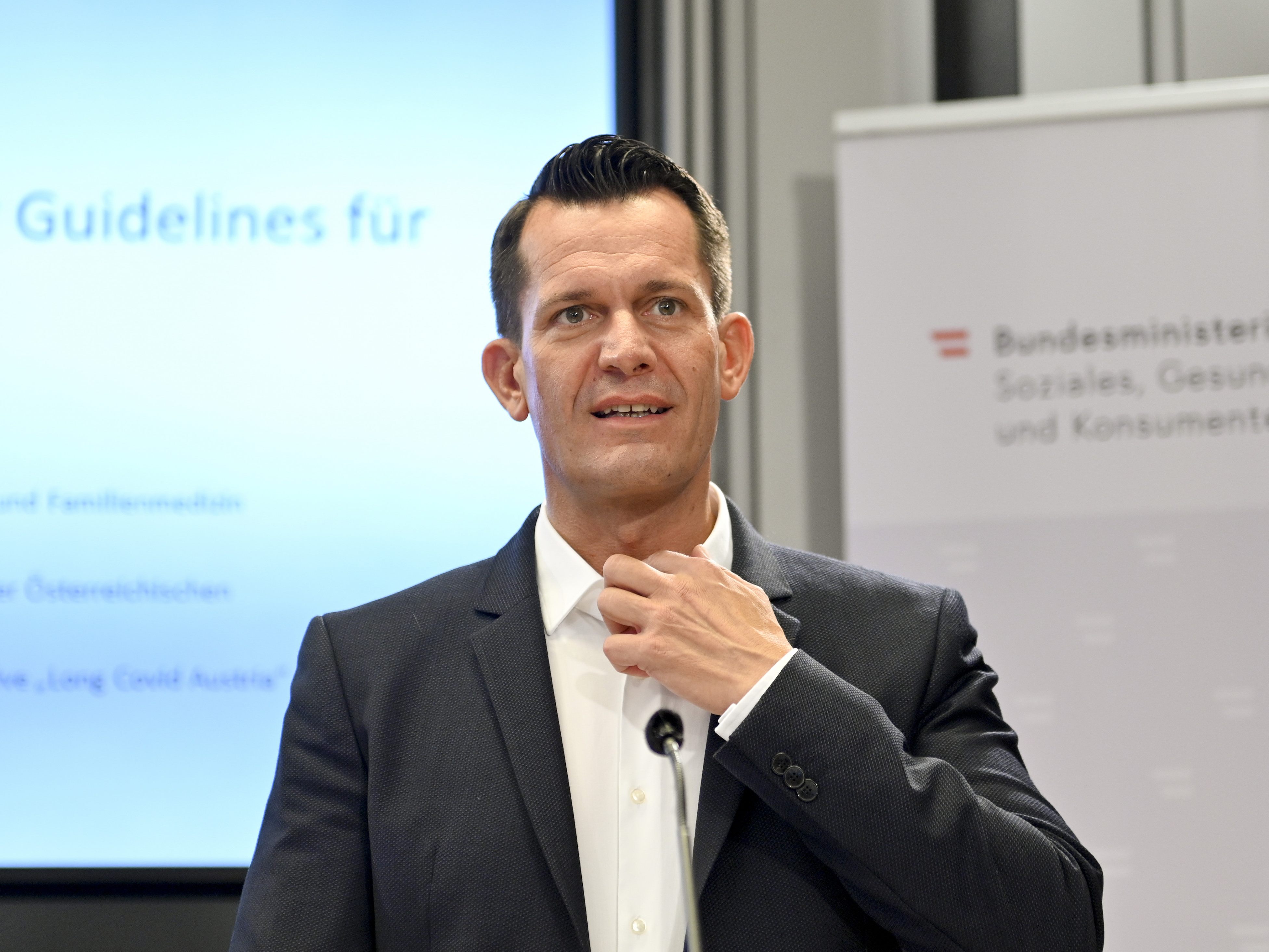 
The Minister of Health announced the start of booster vaccinations.
© APA / HERBERT NEUBAUER

Health Minister Wolfgang Mückstein announced on Tuesday the start of the vaccination refreshment against the corona virus from October 17th. Certain groups can receive the third dose earlier.

From October 17th, the booster vaccinations against the coronavirus will begin in Austria, announced Health Minister Wolfgang Mückstein (Greens) in the Ö1 “Morgenjournal”.

Mückstein: Start of the vaccination refresher from October 17th

Since those people who were vaccinated first received the second dose on January 17th, they will receive their booster nine months later. Certain risk groups can receive the third dose earlier, said the minister.

“There are certain groups, for example immunosuppressed people, where you can possibly vaccinate earlier after consulting your doctor. You can also do a test for neutralizing antibodies. I would not generally recommend it, but for certain risk groups this is possible and there may be also earlier, “said Mückstein in the” Morgenjournal “.

The first vaccinations against SARS-CoV-2 were given to people in old people’s and nursing homes and medical staff in December 2020, the second dose was then given to these people in January. For example, Christoph Wenisch, the head of the infection department at the Favoriten Clinic, was one of the first to receive the vaccine on December 27, 2020. The picture of his vaccination went around the world.

The biopharmaceutical company BioNTech spoke out on Monday in favor of a possible booster vaccination with its existing vaccine. “We think that at the moment it is best to continue with a booster dose for the existing virus strain in order to get the situation under control,” said company boss Ugur Sahin of the Reuters news agency. Patients who received a third dose of the same vaccine had significantly higher antibody levels than after the second dose.

60 percent of the population vaccinated at least once

In Austria, the ten millionth dose is administered on Tuesday. Exactly 9,999,272 vaccinations were carried out by Monday evening – on Monday only 12,928 were added. And now exactly 60 percent of the total population has been vaccinated at least once. “Our primary goal must be to increase the vaccination rate step by step. That is why I renew my appeal: Please get yourself vaccinated and complete your vaccination protection. This appeal is primarily aimed at the young people in the country,” said Mückstein to the APA.

“Vaccination in Austria is particularly easy thanks to particularly low-threshold vaccination offers. A vaccination while shopping, at the film festival or in the vaccination bus are just a few of the numerous offers that the federal states currently have on offer. These offers are offered by many thousands of people in the country every day Every vaccination counts and continues to protect people in Austria from the consequences of the coronavirus, “the minister appealed.