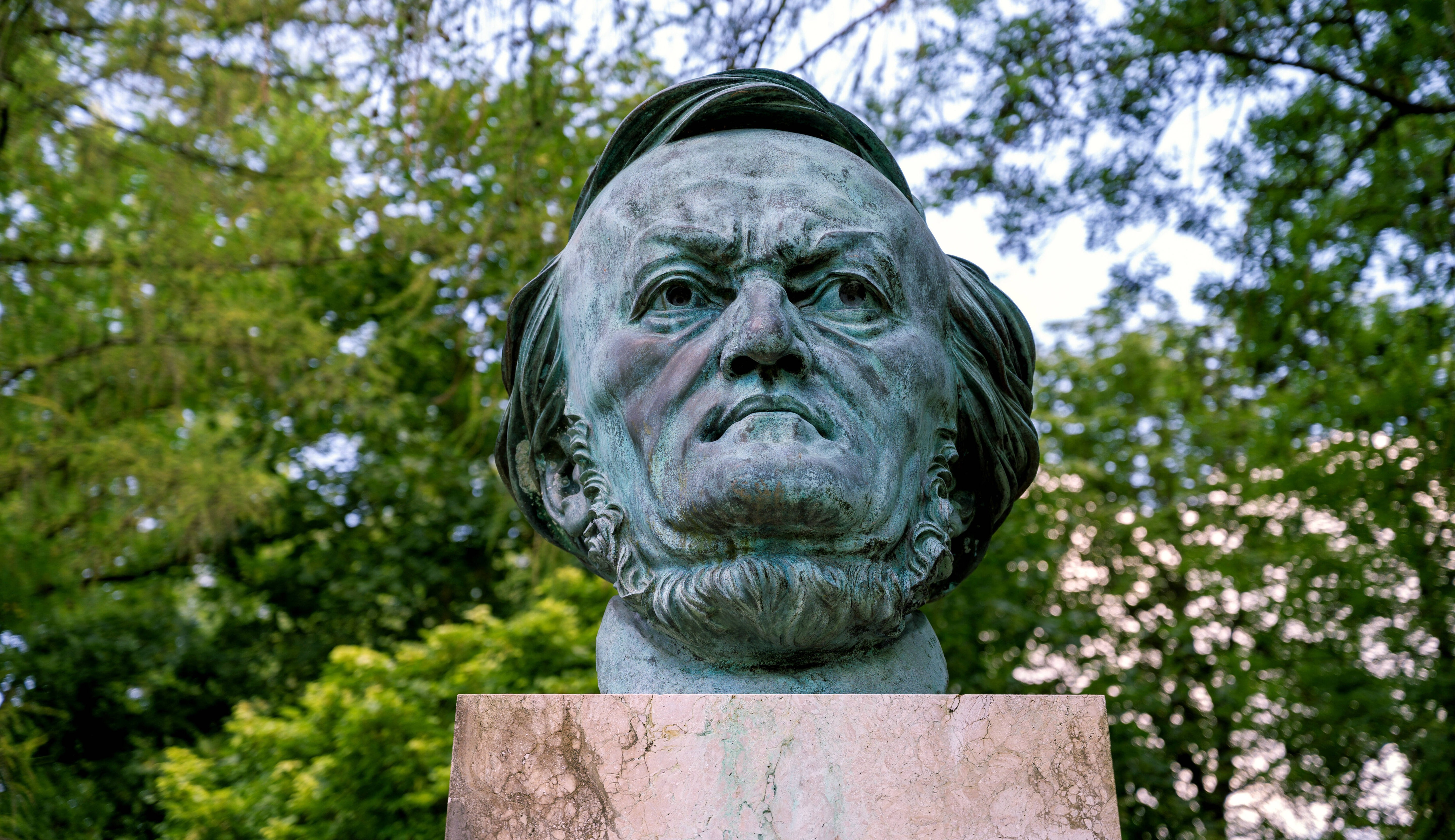 Book “Richard Wagner’s America” ​​- The Nibelungen on the Mississippi

After more than a hundred pages, the crucial question follows: “Is America even a legitimate topic” in Wagner research “that deserves our attention”? The position of the author Hans Rudolf Vaget is clear:

“The answer to the question is an emphatic yes. Like all unexecuted Workplans, the emigration project also has its own indispensable knowledge value that goes beyond the […] purpose of the endeavor reaches far beyond.”

Wagner seriously wanted to emigrate to America? This question is all the more surprising as Wagner was financially generously endowed by the Bavarian King Ludwig II with a fairytale-like gesture of patronage, making any thought of emigrating from Germany superfluous.

But the exact opposite is the case. In the end, Wagner’s enduring obsession with America led to a kind of tug-of-war with his royal patron that the creator of Parsifal found it difficult to win.

The musician Wagner and King Ludwig – that was a relationship of dependency and tension at the same time; It was precisely because of these tensions that Wagner seriously considered moving to America around 1880 (about three years before his death). An American dentist with a job in Dresden was to serve as an intermediary: Dr. Newill Sill Jenkins. Wagner writes to him:

“I don’t think it’s impossible that I’ll decide to emigrate to America forever with my whole family and my last work. As I am no longer young, I would need a very important concession from across the ocean for this. An association would have to be formed there, which would provide me with a fortune of one million dollars for my establishment and as a one-off payment for all my efforts.”

Cosima Wagner’s diaries also show plans for emigration. Wagner considered it on several occasions, particularly in conversations with Otto von Schrön, director of pathology at the University of Naples.

For Wagner, the idea of ​​emigration did not fall from heaven. More than 20 years earlier, in the autumn of 1859, he had received an inquiry as to whether he would like to come to New York for five months and conduct his operas and concerts there. At that time, Wagner already knew about his position and saw himself in a position to make demands:

“I’m starting to take things more seriously and have sent in my terms.”

The temptations of the new world

Even if the project did not come about, Wagner was open to the temptations of the New World. As early as 1851 – another eight years before the invitation from New York – he enthused:

“I’m thinking of starting my big Nibelungen trilogy soon. List but I will not find them on the banks of the Mississippi.”

Admittedly, these ideas were mostly idealistic and half-baked. Nevertheless, for Hans Rudolf Vaget there is a common denominator between Wagner’s ambitions and the central message from the “Ring des Nibelungen”:

“This radical commitment to destruction and a new beginning in a part of the world far from the old civilization once again underlines the sustainability of his revolutionary attitude.”

From the beginning of his book, Hans Rudolf Vaget, the literary scholar who teaches in America, asks whether Wagner was really “the most ‘German’ artist that ever existed”. At least that’s what Wagner described himself in a letter – albeit with the addition of the word “maybe”.

Such a claim cannot be verified, but it is a revealing statement about himself. We take it as an indication that at this stage in his career it was his secret ambition to be perceived and recognized as the most German artist.

Wagner’s interest in America fits into a general historical context. Especially after the failure of the 1848/49 revolution, many Germans emigrated to the New World. In this context, Vaget speaks of a “typical characteristic of the time”. This connection with Wagner’s own plans was hardly noticed.

The phantom of Germanness

The probably decisive reason why the America complex still represents one of the few underexposed facets in Wagner’s existence is not far to seek. It is the argument of Wagner’s so-called “Germanness” that overwhelmed everything for a long time. This was an article of faith that the creator of the “Meistersinger von Nürnberg” never tired of proclaiming with pride and pathos. But even before the “Meistersinger” Wagner was concerned about this Phantom of Germanness.

On almost 190 pages, Hans Rudolf Vaget’s new book provides an amazingly new perspective on a hitherto neglected topic. At first glance, Wagner’s fantasies about America may be viewed as a music-historical footnote – but in connection with thoughts about his “Germanness” many interesting discussion approaches arise. Vaget’s thoroughly researched book, which is stringent and convincing in its argumentation, is certainly more than just a treatment of a marginal note. It offers a wealth of arguments that have received little attention up to now and are well documented here.