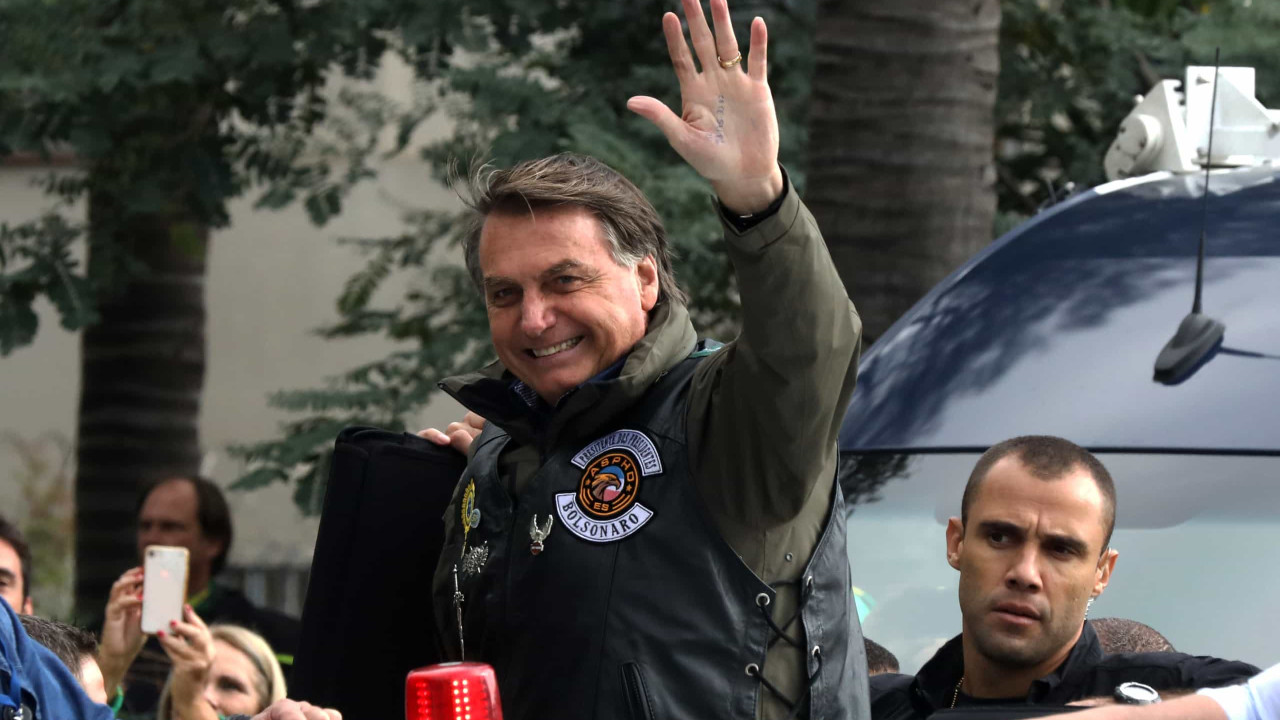 O Brazil’s president, Jair Bolsonaro, was fined this Saturday by the Government of São Paulo for not wearing a mask while riding a motorcycle with supporters.

The son of the head of state, Eduardo Bolsonaro, the minister of infrastructure, Tarcísio Freitas, and other members of the Brazilian government were also fined. Each had to pay the equivalent of about 90 euros.

The use of masks in public places is mandatory in São Paulo since May last year. Failure to comply with this health rule, imposed to contain the Covid-19 pandemic, is 552.71 reais.

The motorcycle tour was organized by supporters of the Brazilian president and will have brought together, according to local authorities, around 12,000 motorcyclists.

See, above, the photo gallery of the event.

At the end of the route, on arrival at Ibirapuera Park, Bolsonaro climbed onto a car and once again defended that the use of a mask should not be mandatory for those who are already vaccinated or have already contracted the disease.

“Those who are against this proposal are because they do not believe in science, because if the person is vaccinated, there is no way to transmit the virus”, he guaranteed.

In fact, there is still no scientific consensus on whether vaccinated people can still transmit Covid-19. Even so, the vast majority of Public Health specialists encourage the continuation of taking all measures to contain the virus.

The participation of Jair Bolsonaro in this tour has already been criticized by Lula da Silva, not necessarily due to his non-compliance.

A president who goes out on a motorcycle every Saturday, but didn’t have the courage to visit a hospital.