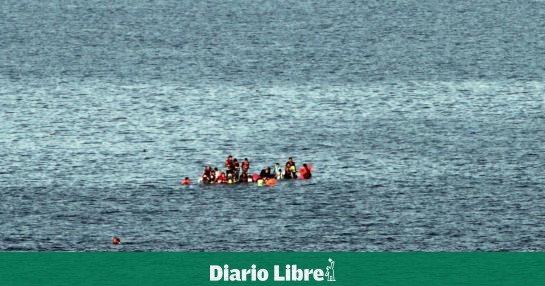 Body and 56 people rescued after shipwreck in Puerto Rico

The Coast Guard of the United States rescued the body of a woman and 56 people who were shipwrecked in the Mona Channelmaritime strip between Puerto Rico and the Dominican Republic, as reported in a statement on Monday.

The rescue operation was supported by the Navy of the Dominican Republic, which recovered another twelve people who had fallen into the sea from the boat in which they were illegally heading to the west coast of Puerto Rico.

After the rescue, the Dominican Republic Navy ship embarked the 69 people, including the body of the deceased woman, and transported them to a port in the Caribbean territory.

Captain José Díaz, interim commander of the San Juan de la Coast Guard of the USA, stressed that the joint work allowed to save the lives of 68 people, on an event registered last Saturday.

During a patrol near the Mona Channelon Saturday night, the crew of a C-27 Spartan aircraft from the Coast Guard detected a vessel in transit to Puerto Rico.

Crew of the boat Coast Guard they provided resuscitation to the deceased woman, without positive result.

A helicopter from Coast Guard MH-60 from the Borinquen Air Station searched the area for possible castaways, without finding anyone.

The Coast Guard He again appealed to Dominican citizens to desist from trying to reach the shores of Puerto Rico on illicit trips in which they risk their lives in the hands of human traffickers.